Home About Us News CEITEC MU Has a New Strategic Plan

CEITEC Masaryk University (MU) has a new strategic plan that will set the direction of its research for the next seven years. CEITEC MU has the ambition to climb to the top and become one of Europe´s leading research institutes, which would be famous for its own discoveries, high-quality scientific publications and for the education of the science stars of the future. 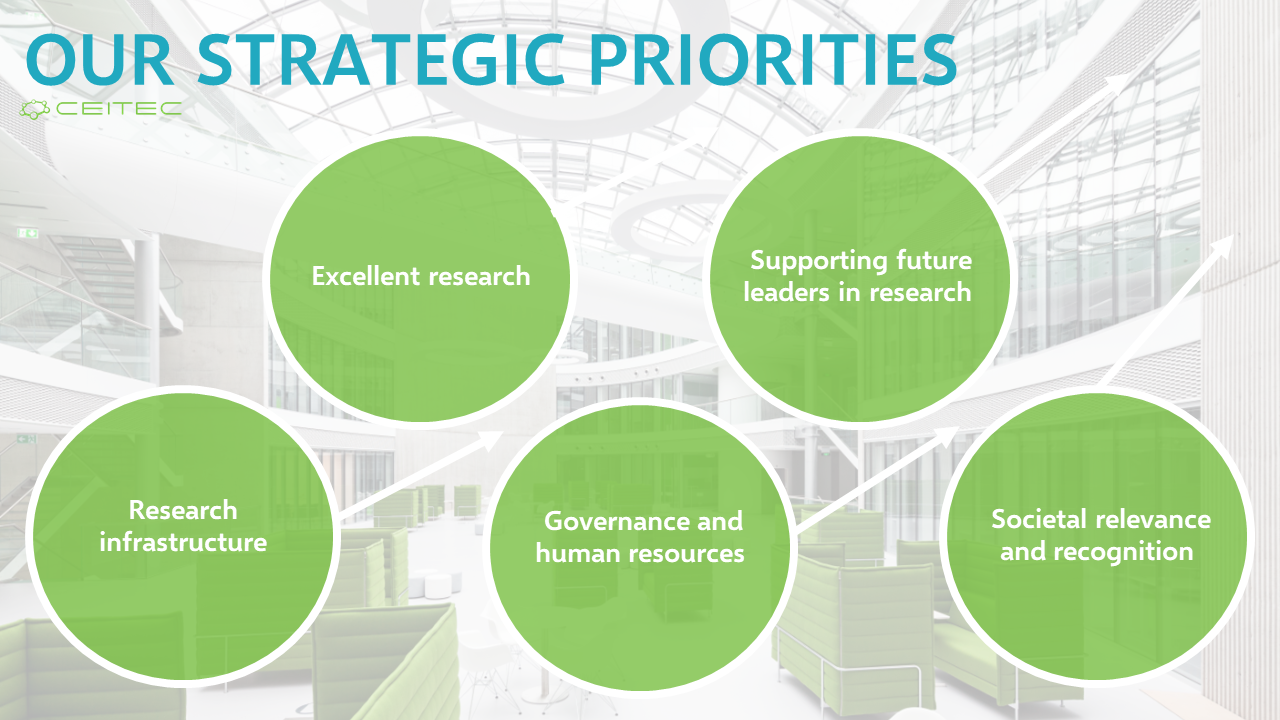 CEITEC, the Brno-based centre of scientific excellence, celebrated 10 years of its existence this year. Ten years ago, when the project for the development of the research centre was officially approved, there were no buildings, no laboratories and no scientific teams, but only a well-developed plan. Today, CEITEC is an important scientific centre in the region, and is also gradually becoming a respected player at the international level. The new strategic plan of the research centre was created in collaboration with the research group leaders and is based on current scientific and technological trends. 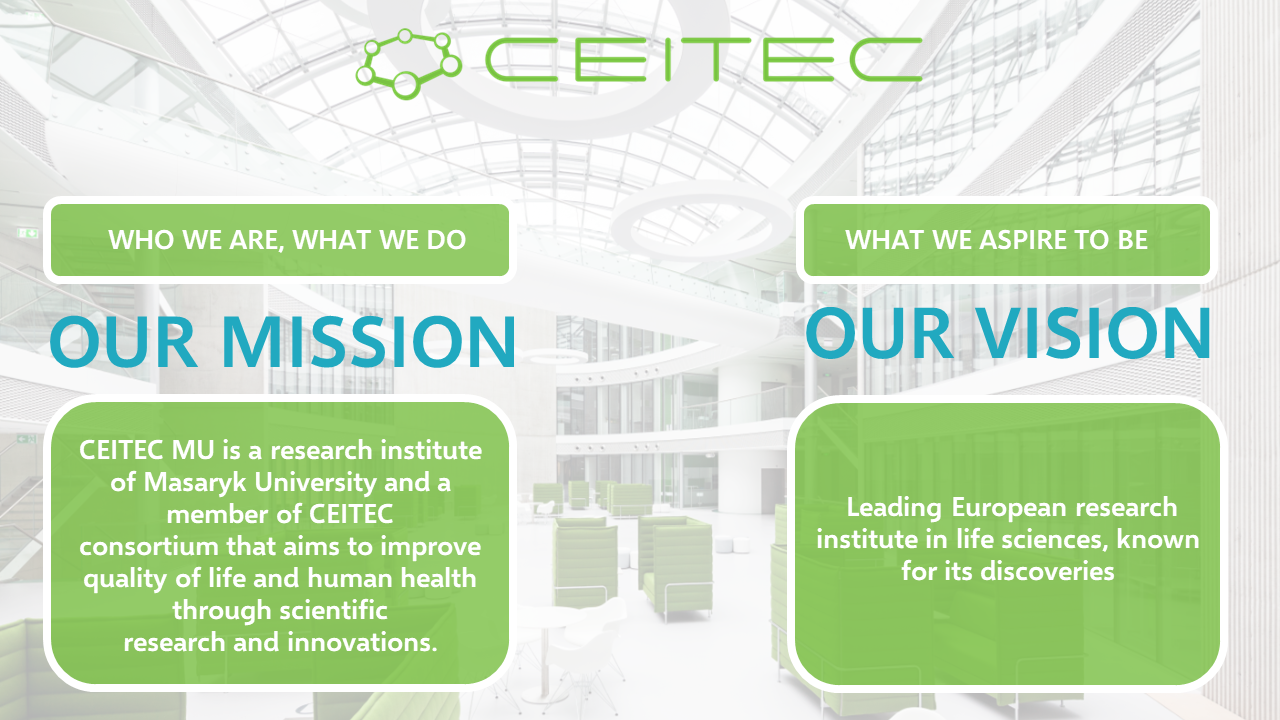 Part of the ambitious strategy aiming towards major discoveries is the development of cutting-edge technologies that would serve as drivers of interdisciplinary research. CEITEC MU wants to be even more active in the transfer of knowledge and best practices between the West and the East. This will be achieved through the Institute’s active involvement in two major international alliances, EU-LIFE and Alliance4LIFE, where CEITEC MU is the only member institute that is engaged in both alliances at the same time and thus serves as a bridge between institutes in Western, Central and Eastern Europe.

The research centre wants to climb up to the top by continuing the development of an attractive research environment combining state-of-the-art infrastructure with transparent and progressive leadership. The basic unit that influences the quality of research is a research group led by a group leader. The research group leader determines the direction of research, guides and motivates the group members and educates the next generation of scientists. The management of CEITEC is convinced that the best way to achieve excellent science is through curiosity-driven research. That's why academic freedom and scientific autonomy of each research group are among the core values of CEITEC MU. 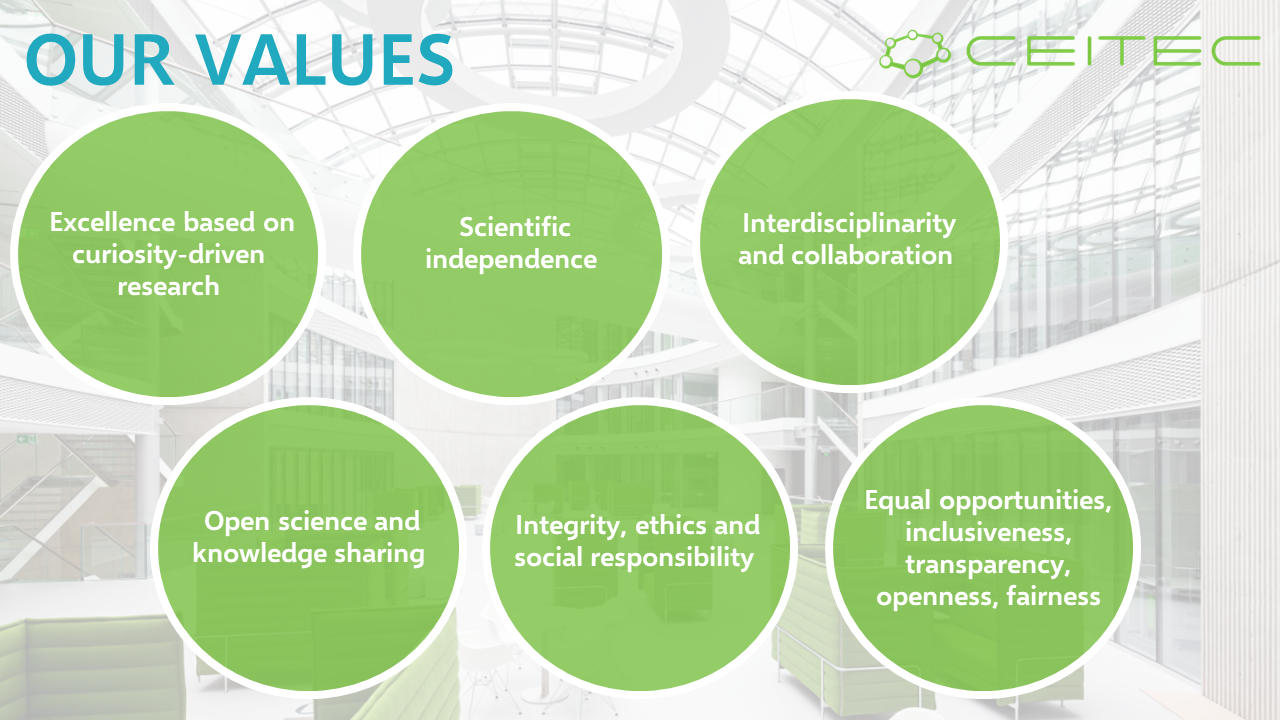 The new strategic plan clearly sets out profile topics that are cleverly combining the Institute's strengths with global challenges as well as with regional opportunities. The profile topics combine the efforts of several research groups and are defined on the basis of the existence of the so-called critical mass, including frontier technologies that will lead to a tangible socio-economic impact and innovative applications. The formulation of profile topics is important for shaping the Institute’s profile, for guiding further development of research infrastructure and strategic partnerships, as well as for providing a framework for future large-scale institutional projects.

In the next seven years, CEITEC MU will focus mainly on RNA / nucleic acid research, cancer biology, brain disorders, infectious diseases, harnessing knowledge of plant biology for crop improvement, as well as correlative approaches to connect the dynamics and structure of living systems. The well-thought-out plan of CEITEC MU also contains a corresponding strategy for the development and management of research infrastructures and a grant strategy to secure necessary financing for the intended activities. 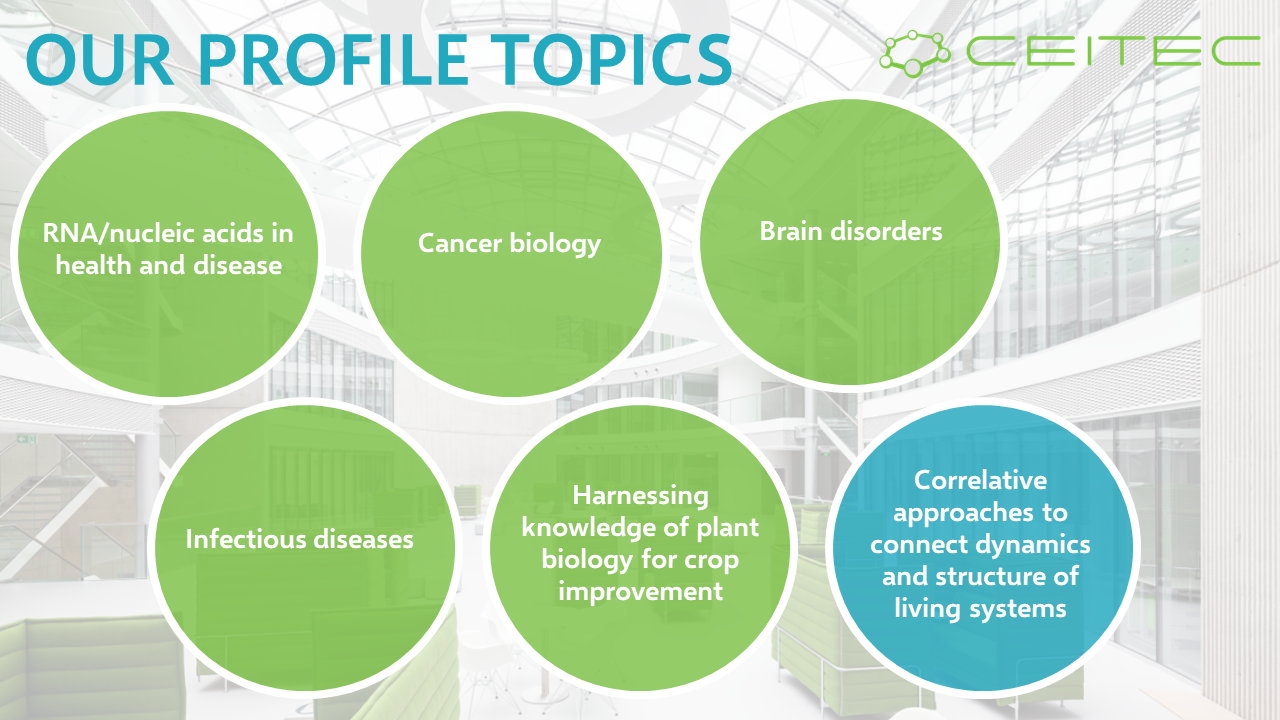 CEITEC MU, as a national leader in institutional management, has not forgotten a complementing human resources strategy, which contains important topics such as talent management, career support for scientists during various career phases, and equal opportunities. CEITEC MU wants to bring together a strong scientific community in Brno that would thrive in open culture, under a leadership that recognizes and supports all its employees. The Institute wants to play an active role in discussions about the consequences of new scientific discoveries and trends, and shape public opinion through objective and proven scientific facts.

CEITEC MU is determined to continue to serve as a role model among research institutes, connecting excellent science of the West and the East, and proudly representing the strong brand of CEITEC as well as Masaryk University. 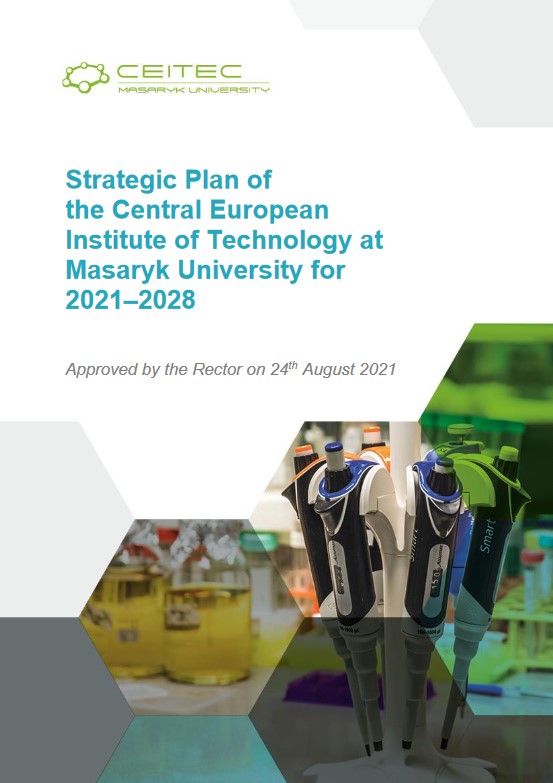