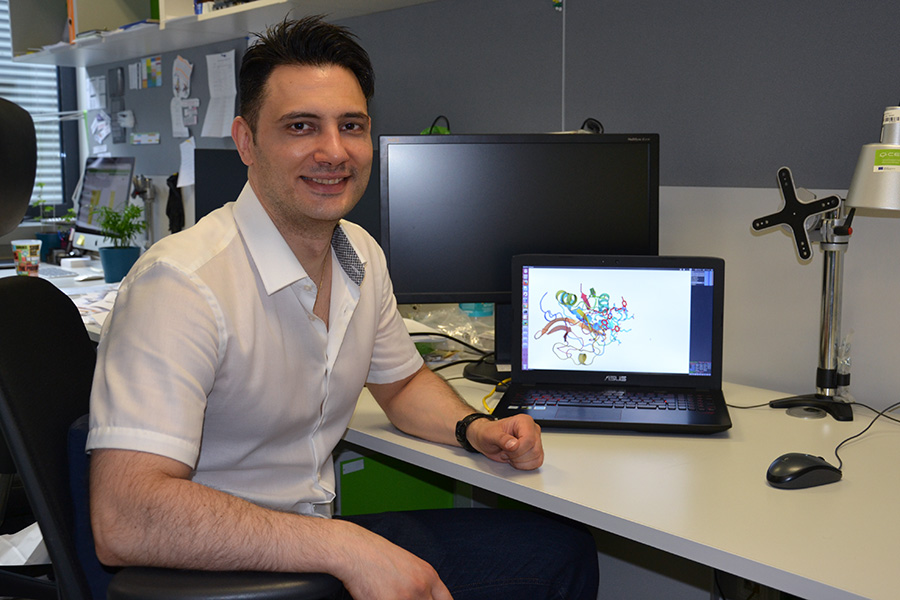 In the software competition named D3R Grand Challenge, which aims to promote technologies that will reduce the cost of drug discovery, Thomas Evangelidis recorded success, despite strong competition from multi-membered groups from academia and industry. His software for drug optimization, named „ScaffOpt“, predicts the affinity of a candidate ligand and its mode of interaction with the targeted protein in order to drive rational drug design (a range of computational techniques, aiming to help in the selection of drug-like molecules for biological testing).

„The goal of software solutions in drug discovery is to reduce the costs“, explains Thomas Evangelidis from Kostas Tripsianes‘ research group. „My software was highly rated and eventually ranked among the 4 best in the various categories of the competition“, adds Evagelidis. Most of the participating groups used well-established software, many of which required human intervention. In contrast, Thomas Evangelidis from CEITEC presented in the competition results of his own work and introduced his new, fully-automated software.

ScaffOpt employs machine learning methods to build a receptor specific model “on the fly” that combines the output of an ensemble of artificial neural networks to guess the protein-ligand binding affinity. Each network is trained using information about pharmacophores, 2D chemical structure, molecular shape and, interaction patterns with the receptor or per-residue free energy contribution to ligand binding.

The code of ScaffOpt is still under development, and will be described in detail in a forthcoming publication.

Below, you can view the results of all 4 categories of the competition: