Tibor Füzik, Jana Moravcová, and Sergei Kalynych from the research group of Pavel Plevka uncovered the molecular structure of enterovirus 70 – the causative agent of acute hemorrhagic conjunctivitis (AHC). AHC is a highly contagious viral eye infection without any available treatment options. The research team determined the structures of enterovirus 70 in its native form, during the genome release, and the structure of the empty capsid resulting from the genome release. Furthermore, the team resolved the structures of the virus in complexes with two compounds that block the virus infection. Their results enable the development of therapeutics against enterovirus 70 and could lead to a cure for AHC. This newest discovery of the structural virology team from CEITEC Masaryk University was recently published in the Journal of Virology of the American Society for Microbiology. 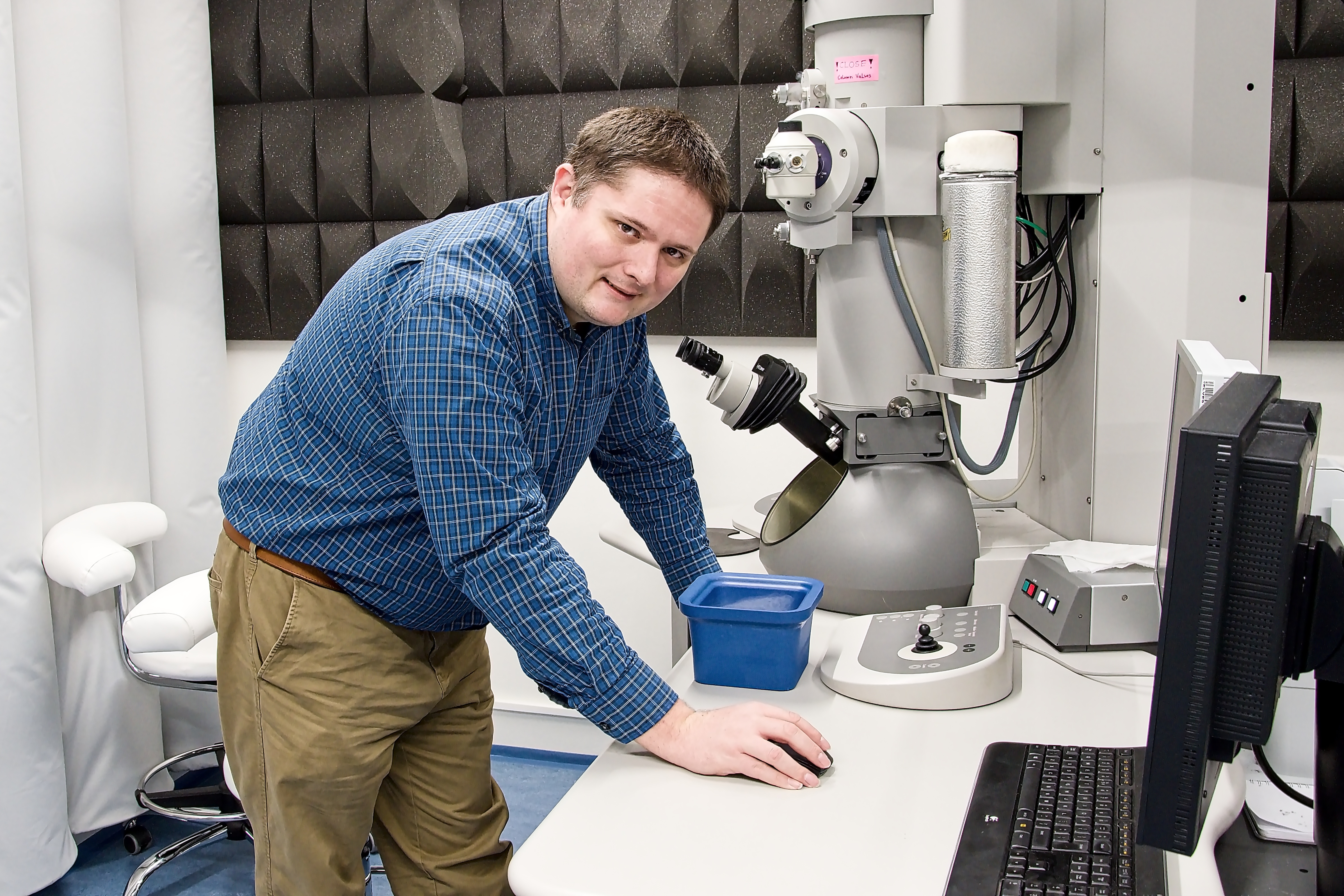 Enteroviruses are well-known pathogens causing mild to severe infections among humans and animals. Enterovirus 70 is the causative agent of acute hemorrhagic conjunctivitis (AHC) and was first isolated in 1971 during the wave of AHC in Morocco, Singapore, Hong Kong, and Japan. The virus is a derivative of the highly contagious conjunctivitis virus, otherwise known as pink eye. Symptoms include excessively red swollen eyes as well as subconjunctival hemorrhaging. The spread of conjunctivitis mostly occurs due to unhygienic conditions, poor personal hygiene, and overcrowding. To date, no effective drug-based treatment is available, and because of the mutation rate of these viruses, the vaccination possibilities are limited. Capsid binding inhibitors, such as those described by the research team of Pavel Plevka, pose a promising concept because they are aimed at the most conserved parts of the viral shells.

The capsid of enterovirus 70 is composed of the subunits VP1, VP2, VP3, and VP4. The partially collapsed hydrophobic pocket located in VP1 of the EV70 virion is not occupied by a pocket factor, which is commonly present in other enteroviruses. The research team showed that this particular pocket can be targeted by the antiviral compounds WIN51711 and pleconaril, which block the virus infection. The two inhibitors prevent genome release by over-stabilizing the enterovirus 70 particles. “Describing interactions of an inhibitor with its target virus at the molecular level enables the future design of more specific and efficient inhibitors that can target new enteroviruses,” explains Tibor Füzik, the first author of this study.

Pavel Plevka, corresponding author and research group leader, adds that “Enterovirus 70 is exceptional among enteroviruses, which usually cause mostly respiratory or enteric diseases by inducing eye infections. It is interesting that the virus can be targeted by capsid-binding compounds, even though the binding pockets in its capsid are partially collapsed in their native state. Cryo-electron microscopy enabled us to study the virus and its complexes with inhibitors in atomic detail.” Jana Moravcová performed the virus purification and determined the antiviral effects of the studied inhibitors, and Tibor Füzik solved the virus structures using cryo-electron microscopy. The whole team was supported by the Cryo-Electron Microscopy and Tomography Core Facility and by the Genomics Core Facility at CEITEC.