Home About Us News Bacteriophages Could Help Against Antibiotic Resistance

Dominik Hrebik, in collaboration with his colleagues from CEITEC Masaryk University, described the structure of the phage P68, known for its ability to destroy so-called golden staph bacteria (Staphylococcus aureus). Strains of golden staph known as MRSA (Methyciline-Resistant Staphylococcus Aureus) are resistant to all beta-lactam antibiotics, and cause life-threatening infections in humans.

An increasing number of bacteria have became resistant to commonly used antibiotics, which necessitates the need for development of new treatments. However, there are already some bacteria that do not respond to any available antibiotics. Phages, thanks to their ability to eliminate such resistant bacteria, can provide a new solution. 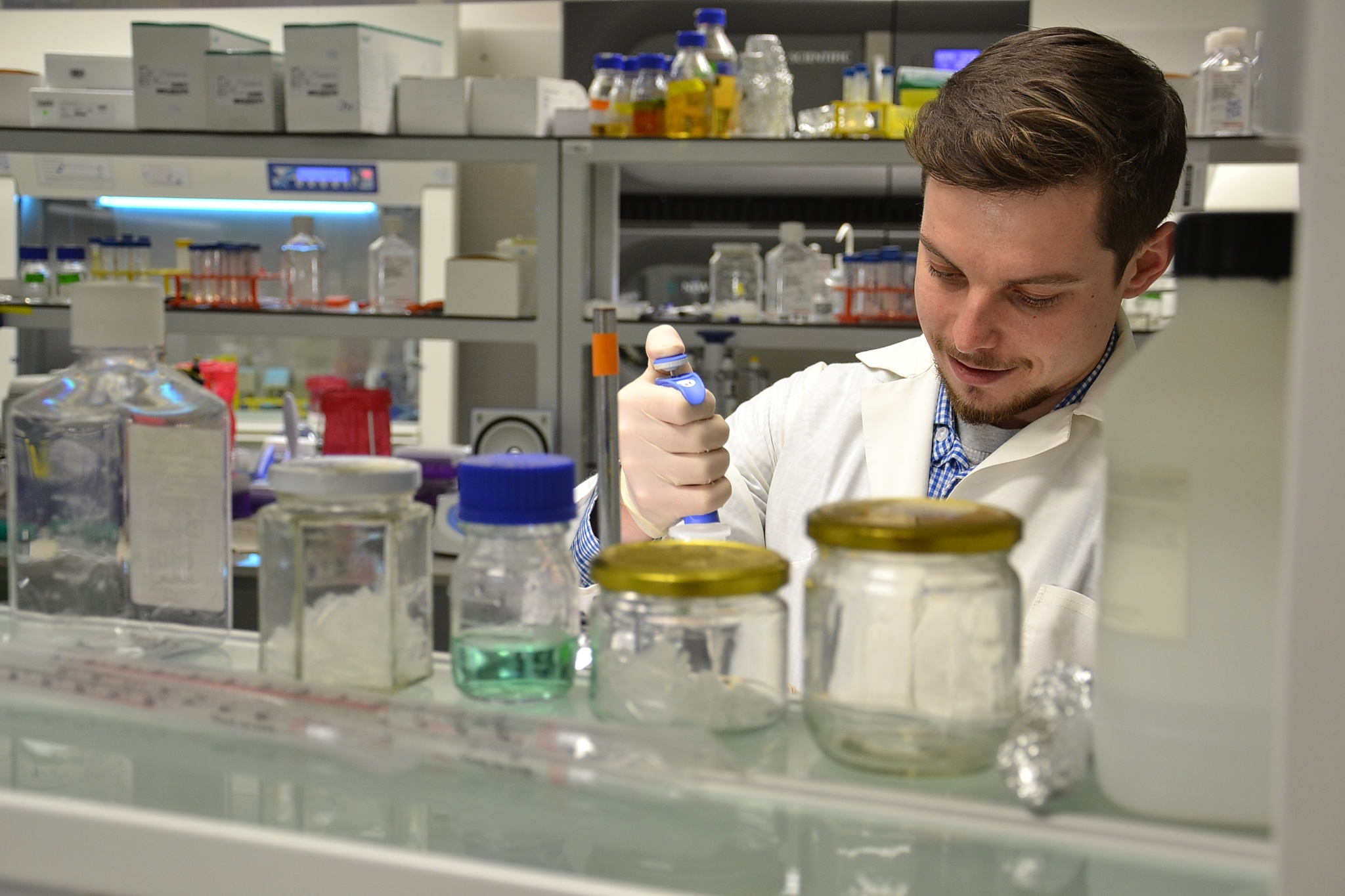 Phages attack bacteria in a similar way to flu viruses attacking human cells. They attach themselves to the surface of a specific microorganism, insert their genetic information in it and turn the bacteria into a factory for production of new phages. The bacterial infection can be eliminated by a phage infection without any harm to humans. Phages are highly specialized viruses, and one kind of phage usually attacks only one or a few bacterial strains.

Phage named P68 can eliminate up to 80 percent of strains of Staphylococcus aureus, also known as golden staph bacteria, responsible for various infections ranging from mild skin and soft tissue inflammation, up to life-threating sepsis.

Although phage P68 has been known for a long time, no one knew exactly what this bacteriophage looked like or how it infects bacteria. “We started with the determination of its structure. This was mainly possible, due to the state-of-the-art equipment for cryo-electron microscopy and crystallography that we have at CEITEC,” explained, Dominik Hrebik, a member of Pavel Plevka’s Research Group.

In the past, it was not possible to study complex viruses and phages in such detail. Pavel Plevka´s research team is among the first in the world to describe structure of a phage in such detail, and their results were recently published by the scientific journal, Science Advances, which belongs to the Science Publishing Group.

“We discovered that phage P68 has many more structural proteins than previously assumed. We found novel proteins inside, as well as at the surface of the bacteriophage,” Hrebik explained. Phages, similar to other viruses, protect their genomes by protective protein coats. Phage particles consist of a head containing their genetic information and tail with fibres. The fibres enable the phage to attach to the sensitive bacteria. Scientists discovered that one of the structural proteins from the head is delivered into bacteria together with the phage DNA. “We not only identified a completely new protein but also determined that it assist the phage DNA in penetrating through the bacterial cell membrane,” Hrebik added.

Similar studies could contribute to a wider usage of so-called phage therapy. Phage therapy is not a recent innovation; bacteriophages and their ability to kill pathogenic bacteria were already described in the beginning of the last century. Phages were even successfully used in various parts of world, for instance, to treat cholera and other diseases. After the discovery of antibiotics, interest in phages disappeared, and only a few laboratories in Eastern Europe continued working with them. Today, phages are experiencing a great comeback and attract scientific focus, mainly because of their potential to solve the global problem of increasing antibiotic resistance.

Better knowledge of the phage structure can undoubtedly increase their application in treatment. “That’s why we already started to focus on another phage, one which commonly infects bacteria, called Pseudomonas aeruginosa. It is known for its resistance to a large number of antibiotics and causes various serious illnesses in people with weakened immune systems. In this case, we are not only looking at the structure, but we are also trying to understand how the bacteriophage replicates in the cell and the ideal conditions for its reproduction,” Hrebik added.

It is not easy to describe the structure of an organism with a size of only a few tens of nanometres. A group of researchers worked on P68 for approximately three years, and they obtained and examined about thirty thousand pictures of these organisms. They had to adjust various methods used for the calculation of macromolecule structures.

However, in fact, Dominik Hrebik originally studied plant proteins, and only started working on cryo-electron microscopy and viruses during his PhD studies. “I enjoy investigating entire molecular mechanisms and I would like to continue working in this field. After my PhD studies are complete, I would like to find a laboratory with a similar specialisation abroad and learn something new again.”