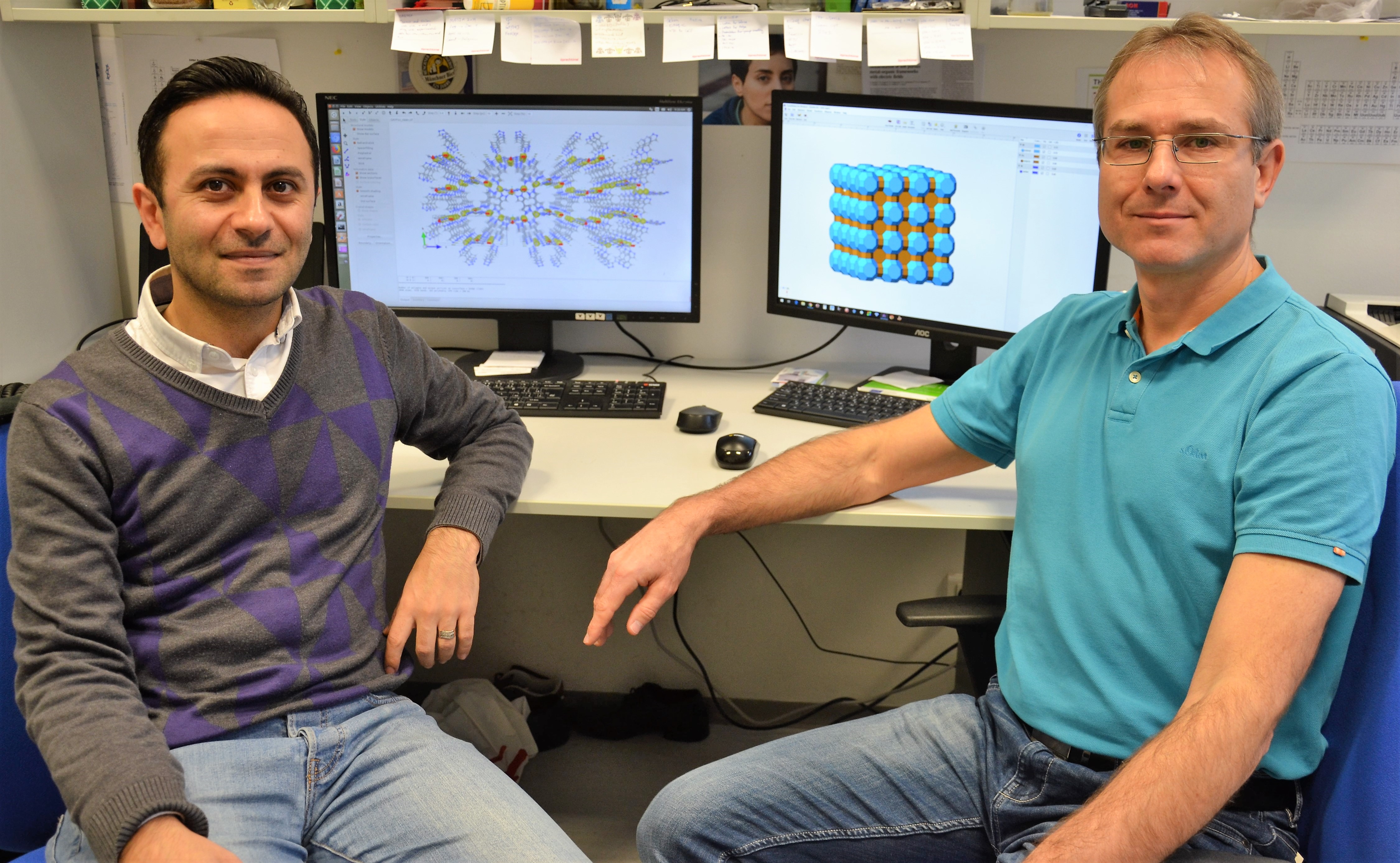 Xenon is an anesthetic gas that is known for its efficiency in medical applications. However, its large-scale usage as a general anesthetic for patients is limited, due to its high production costs. The scientists from the “Structure of Biosystems and Molecular Materials” research group of Prof. Radek Marek explored the potential of recovering xenon from the exhaled anesthetic gas mixture and returning it to the usage cycle. The results were published in ACS Sustainable Chemistry and Engineering, which is a high-ranking journal (top 7%) in chemical engineering.

Xenon, despite being introduced several decades ago, has attracted a lot of attention recently due to its impressive anesthetic properties, such as, zero metabolism, low blood gas ratio, rapid recovery time, and hemodynamic stability. However, its worldwide usage is limited because of its shortage and high price.

Advanced materials, such as metal–organic frameworks (MOFs) that are used to recover xenon from an exhaled anesthetic gas, may open new opportunities, thus, resulting in reduced anesthetic costs.

As Dr. Pezhman Zarabadi-Poor explains, “We focused on potential analogues of Cu-BTC MOF by using a state-of-the-art simulation strategy and demonstrated the in-silico performance in xenon adsorption and separation.” The scientists also examined the design of new MOFs for this application. The performance of designed materials is demonstrated by simulating single- and multicomponent adsorption isotherms, as well as separation factors such as selectivity, working capacity, and adsorbent performance indicator. In addition, boosting the applicability of selected MOFs through affordable lowering of operation temperature is predicted.

“Our study can provide an excellent starting point for future investigations of new prospective MOFs or conditions through molecular simulations,” Researchers introduce future research paths. This can ultimately lead to designing and developing better-performing materials with applications in anesthetic xenon for worldwide usage.

The accomplished research received funding through the Marie Skłodowska-Curie/SoMoPro program.

You can find the publication here.

This project has received funding from the European Union’s Horizon 2020 research and innovation programme under the Marie Skłodowska-Curie and it is co-financed by the South Moravian Region under grant agreement No. 665860. This article reflects only the author’s view and the EU is not responsible for any use that may be made of the information it contains.