Kristýna Valová is in her second year of doctoral studies at CEITEC BUT. As part of her work in the Advanced Biomaterials research group, she focuses on the development of materials for bone regeneration. After giving a lecture at her home grammar school in Čadca, she was approached by two students who asked her to lead a project within the “Secondary School Professional Activity” (SOČ in Czech). With the project, they won the national round in Slovakia. 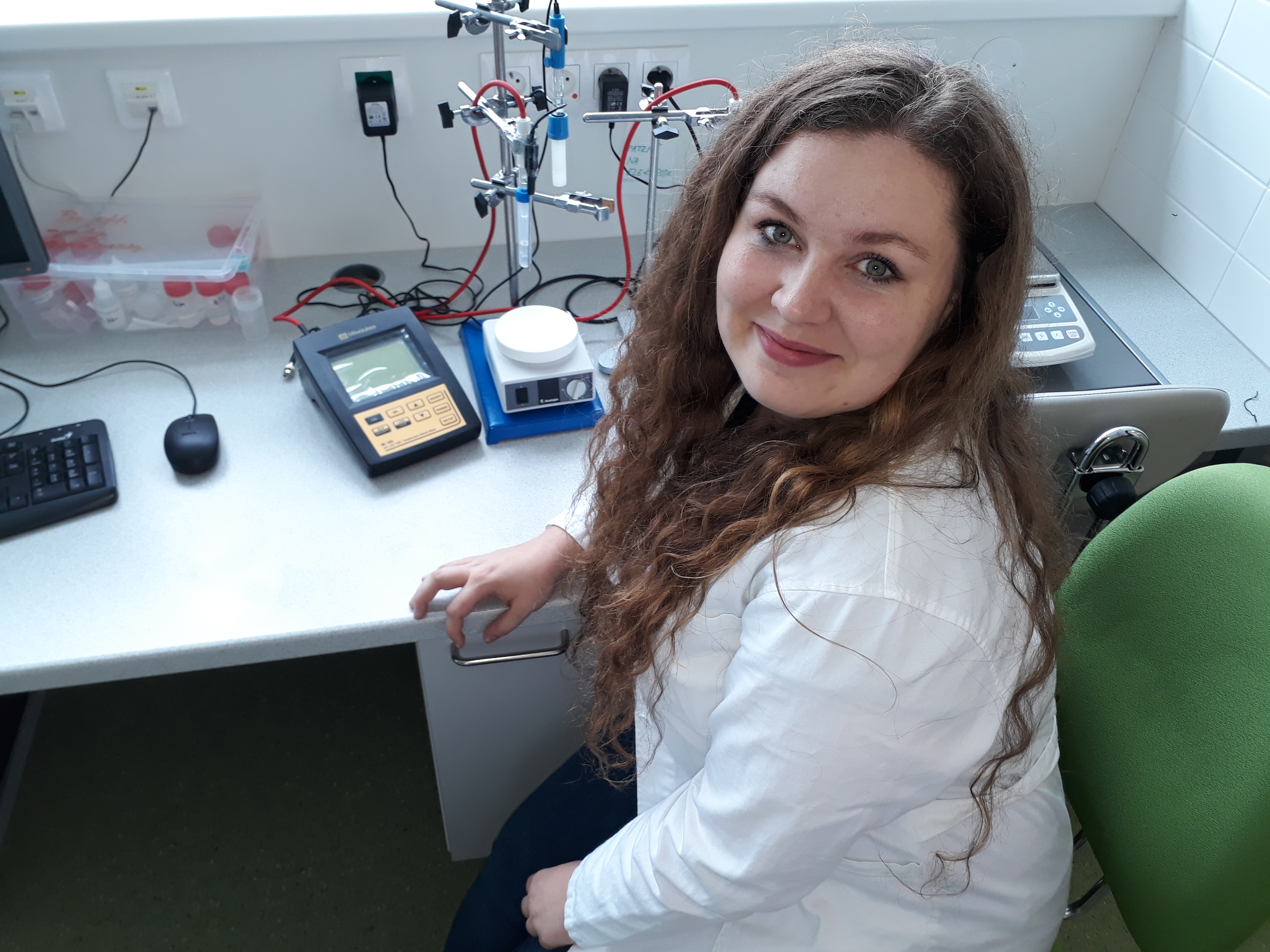 Doctoral student Kristýna Valová, under the guidance of Associate Professor Lucy Vojtová, has been developing materials since her diploma thesis. These include cements for filling or bonding bones. As she says, she enjoys passing on knowledge to a new generation, some of whom could become colleagues in the future. “I got into SOČ by accident when I was lecturing at the grammar school in Čadca, where I once studied. After the lecture, two students came to ask me if I would lead them in a high school project. At first I hesitated a lot. But I know that there are not so many opportunities in the region, so I decided to support them. I also worked in the laboratories of the CEITEC institute during my Master's degree and I know that if I’d had the opportunity to start something like this even earlier, it would definitely have helped me a lot,” explains Kristýna, summing up her motivation.

After a long discussion, students Anna Mária Dávidiková and Martin Šimko decided on the topic “Monitoring of selected parameters during in vitro degradation of composite bone cements”. Their work on the project also included two week-long stays in Brno, during which they attended laboratories at CEITEC BUT. “We received a large amount of study material so that we could study information about bone cements. These were things we had never encountered before. The laboratory equipment was also new to us. Thanks to Kristýna, her determination and incredible patience, we got used to the premises very quickly and learned to work in the laboratory. The best feeling was that we were for a while part of something amazing, big and very beneficial for people in the future, and we gained a lot of new experiences from it,” says student Anna, for whom the internship proved helpful in choosing the university she will be attending in September. FCH BUT. "From the beginning, we wanted to get as far as possible with our work, but I don't think any of us expected such a success in the competition. I have to admit that when we spent days in the lab waiting for the results, I was sometimes tired. But at the same time, I was extremely happy for such an amazing experience. I would definitely like to get such an opportunity again sometime,” adds Martin Šimko.

“It's admirable that they weren't afraid to try a completely new environment and got to know it really quickly. It is very difficult for high school students to work with professional articles and do an analysis of such a scope without previous in-depth practice. Nevertheless, their work and results were precise,” summarizes Kristýna, underlining the cooperation with the high school students on the winning competition project, the main goal of which was to find suitable conditions under which a degradation study of bioresorbable bone cements would be carried out. Part of SOČ was also the optimization of the method by which it would be possible to detect the release of phosphate ions from bioceramic materials.

Jan Zítka, a doctoral student from CEITEC Brno University of Technology, wants to simplify and make basic blood diagnostics easier with his Point-of…

Twenty years ago Lucy Vojtová was accepted to Columbia University in the United States to a postdoc position. Three years in US changed her life and…