ProfileAbout UsNewsMartin Pumera on Nobel Prizes: Lithium batteries Brought About Changes in Communication
About Us

Without the discovery of lithium batteries, there would be no mobile phones, electric cars, smart watches or laptops. That's a good enough reason for the Nobel Prize. Martin Pumera from CEITEC Brno University of Technology and the University of Chemistry and Technology Prague, said to Czech Press Agency. 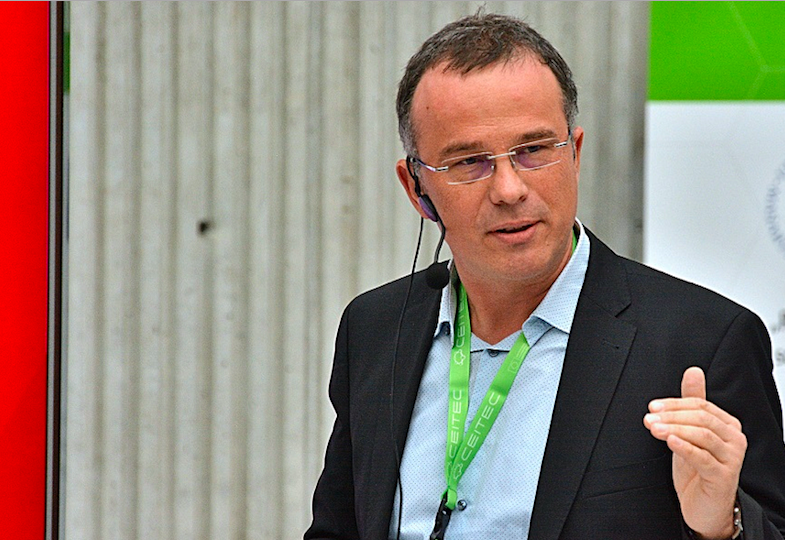 "Professor Goodenough and his colleagues have been recognized to be  good enough to be awarded the Nobel Prize for discovery of lithium batteries which are bringing mankind such breakthroughs in the ways we communicate and perceive energy that we now take for it granted, " said the chemist. He considers lithium batteries to be one of the cornerstones of today's society.

"The huge advantage of lithium batteries is that it use one of the lightest elements that exists - lithium - as an energy carrier. Therefore, it‘s lightweight and nontoxic and can literally 'compress' energy into a small volume with a small weight. Just compare the weight of the lithium battery with the lead-based battery in your car, and you will know that you wouldn't want a mobile phone or laptop powered by a lead-acid battery (with sulfuric acid), " said Pumera, research group leader at CEITEC BUT and director of the Nanorobots Center at UCT Prague.

It is possible to produce large amounts of electricity in solar and wind power plants without carbon dioxide emissions, but its storage is problematic. Lithium batteries, according to Pumera, offer a unique possibility to store and use energy in mobile and stationary applications.

New materials that are currently being developed will allow even better storage of energy in the lithium battery. "Next technology are solid lithium batteries without 'liquid guts' that could store several times more energy than current batteries, last up to five times longer, and are much safer in the event of a fire," Pumera said, adding that future electric vehicles only contain this type of batteries. In our labs, we are developing next-next generation lithium batteries.

According to Pumera, lithium batteries are also a good business. The current value of their market is over 30 billion dollars (over 700 billion crowns), in five years is expected to be more than triple. We are working on large consorcia with Cambridge University Energy Center, Singapore Universities and large car companies to bring next-next generation of the mobility to the Czechia.

You Just Need to Stop and Look Around Yourself, says Martin Pumera. the New Research Group Leader at CEITEC