The Brno-based multidisciplinary research centre CEITEC has a new executive director. Pavel Tomancak, renowned evolutionary and developmental biologist, who has been leading his own research group at the prestigious Max-Planck Institute in Dresden for fifteen years, became the new director on 1 February 2021, replacing his predecessor Markus Dettenhofer. The CEITEC centre of excellence is a consortium of four leading universities and two research institutes based in Brno. Founded 10 years ago, the research centre continues to contribute significantly to high quality results in basic research, and competes well in comparison with international centres. 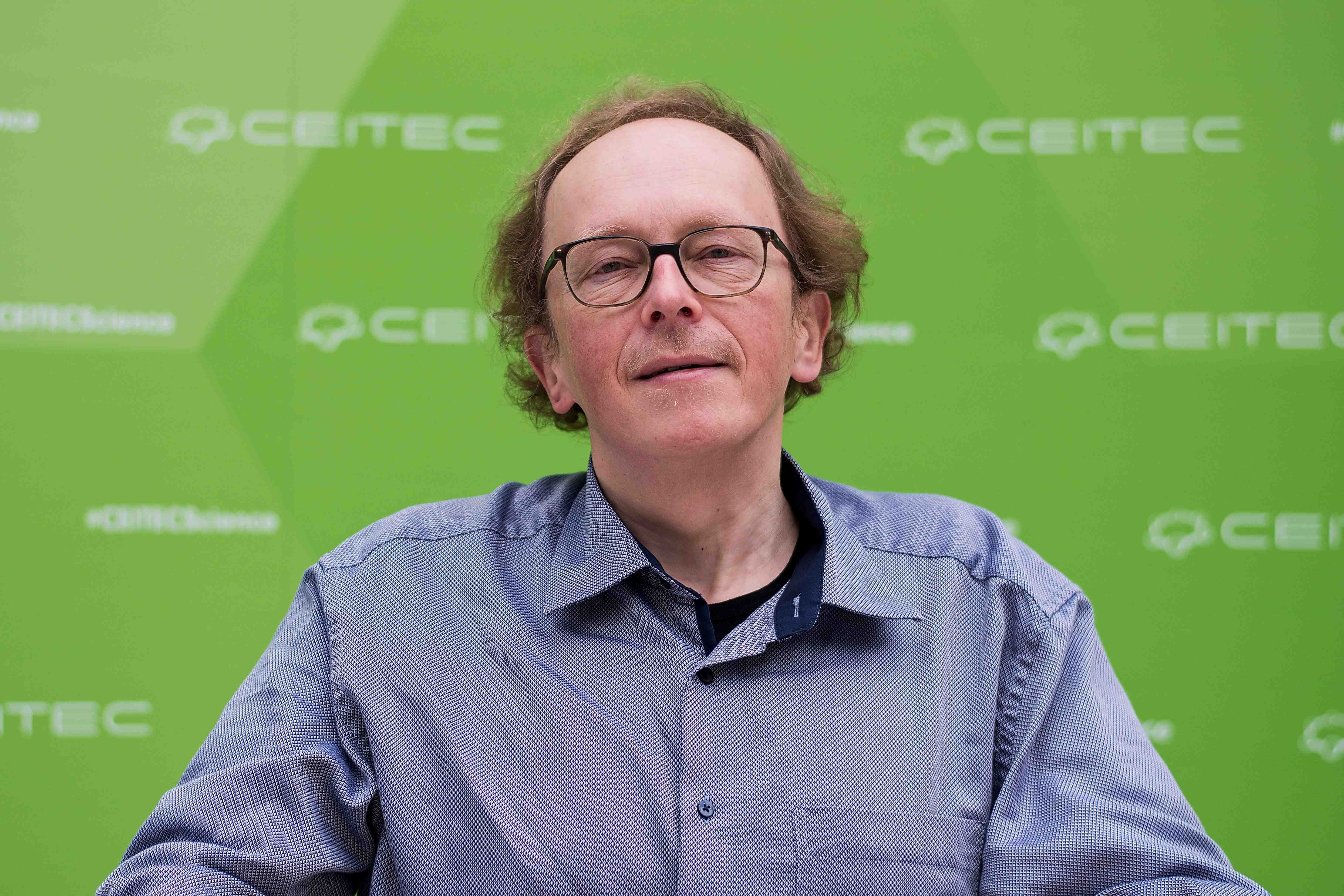 Science, technology and innovation play a key role in the development of any economy. They improve the quality of life of the population, and drive productivity growth and sustainable development. At the same time, basic research is an exciting adventure, where scientists are trying to push the boundaries of knowledge. CEITEC is one of six centres of excellence that have been established in the Czech Republic in recent years with the help of EU Structural Funds. CEITEC is the first research centre in the Czech Republic covering the fields of life sciences, advanced materials and technologies within a single organization. The modern research centre employs more than 1400 people from 45 countries around the world. The cutting-edge technology available in the centre’s core facilities enables the scientists to study subjects from an atomic level, through more complex molecules, and up to entire cells and organisms. Also because of CEITEC’s research infrastructures, that contain state-of-the-art equipment hard to find elsewhere, do Brno scientists achieve results and make discoveries comparable with leading scientific centres in more economically developed countries.

The consortium's partners are Masaryk University (MU), Brno University of Technology (BUT), Veterinary and Pharmaceutical University (VFU), Mendel University (MENDELU), the Institute of Materials Physics of the Academy of Sciences of the Czech Republic, and the Research Institute of Veterinary Medicine. Each of the partner institutes has its own executive director. Pavel Tomancak, as the new executive director of the CEITEC consortium, will bring the partners of this highly interdisciplinary scientific centre together and will help build bridges between the diverse research programs ranging from nanotechnology and material science to molecular biology to biomedicine. His extensive experience in prestigious scientific institutes in Germany and in the United States, combined with his knowledge of the Czech academic environment and his experience with interdisciplinary approaches at the interface between biology, physics and computer science will certainly greatly contribute to the gradual realization of the CEITEC´s ambition to become a major player in the European Research Area.

Pavel Tomancak is one of the most respected Czech scientists. This renowned expert in evolutionary and developmental biology has been research group leader since 2005 at the Max Planck Institute for Molecular Cell Biology and Genetics in Dresden. His laboratory at the Max Planck Institute focusses on the study of regulation and evolution of gene expression during embryonic development of multi-cellular organisms. He will continue to lead this research group also as a director of the CEITEC consortium. His research is among others unique in that it combines advanced molecular biology with state-of-the-art microscopy techniques and advanced computational analysis of microscopic images. Pavel Tomancak also has a very close relationship with the city of Brno, because it was here that he began his scientific career as a student of molecular biology and genetics at Masaryk University. He did his PhD at the prestigious European Molecular and Biological Laboratory (EMBL) in Heidelberg, Germany. After that he worked for five years as a postdoctoral fellow in the Gerald M. Rubin´s laboratory at the University of California in Berkeley. He received two prestigious research grants from the European Research Council (ERC) and has been a member of EMBO since 2016. He is the co-author of more than a hundred scientific publications, which have been cited more than 38,000 times, which makes him one of the most cited scientists of Czech origin.

Read the interview with the new Executive Director of the CEITEC consortium. What are his plans? Why is he returning to Brno after all these years abroad? What motivated him to choose CEITEC? What can he offer the research centre? And how does the scientific community abroad view CEITEC?

You've spent most of your scientific career abroad. What motivated you to return to Brno?

Although I have been living abroad for more than 25 years, I have never lost contact with the Czech Republic and with the Czech science. For the last, say, eight years, I have been trying to be more active in the Czech science. I took several initiatives to improve the reputation of Czech science abroad. I express myself, quite loudly and often critically, about the conditions in the Czech scientific environment on my favourite social media - Twitter. My activities were not impactful enough so far, therefore I am very grateful for this new opportunity and I hope that as director of the CEITEC consortium I will be finally able to move from words to specific actions. The fact that I will eventually be able to positively influence the Czech science landscape from Brno and in cooperation with my alma mater is just the icing on the cake. I work at one of the best institutes of the Max Planck Society, which is proud of its 20 Nobel Prize laureates in modern history (it won two only during the last year). This is great, but with such an advanced system in Germany and at the Max Planck Institutes, a certain stagnation is present or at least the absence of the need to change something dramatically. The South Moravian Region, Brno and CEITEC, on the other hand, are dynamically developing and something new is continuously happening and therefore the potential for moving forward is really great here. It is an attractive challenge for me to be part of it and to help CEITEC to be the flagship of the Czech science and to make Brno into an international scientific metropolis.

Why is CEITEC interesting for you and for your career?

I am convinced that interdisciplinarity is a prerequisite for success in modern science, whether in basic or applied research. It is no longer enough to be just a biologist. From my own experience I know, that in order to understand incredibly complex living systems, it is necessary to use quantitative approaches from physics and computer science and to creatively combine experiments and theory. Furthermore, in order not to drown in the incredible amount of data that we can generate nowadays, one has to use the most advanced computer systems. CEITEC is by definition an interdisciplinary centre that combines expertise in molecular and structural biology on plant and animal systems (including human systems and the related biomedical applications) with really "hard" fields that are being studied at CEITEC Brno University of Technology, such as nanotechnology and materials science. This is a very unique connection that is difficult to find anywhere else. Maybe at MIT, which resembles CEITEC, at minimum in the name. I think we will be successful at CEITEC specifically because we have a unique opportunity to build bridges between life sciences and technology, between the science of living and non-living systems. We are already planning a new concept that will combine the study of the dynamics of living systems by light microscopy with ultrastructural methods such as cryo-electron microscopy. Brno is an ideal place for this type of research, with its strong base not only in the academic but also in the commercial sector in those areas. I dare to say, or rather hope, that the world will marvel at what we can do. And above all, I believe that with our success and discoveries we will gradually be able to draw the young talents back to science and research. After all, the most interesting thing a person can do in life is to push the boundaries of knowledge. At least that's how I see it.

What do you think can you offer to the CEITEC community?

I see my role at CEITEC in four major areas. In addition to the already mentioned interdisciplinary scientific strategy, I would like to pay a lot of attention to the connection of CEITEC to the science institutes abroad, especially the ones that I have worked with in the past. This applies not only to Max Planck, but also to the European Molecular Biology Laboratory, where I am actively involved within its alumni network or, for example, to the Janelia Research Campus in the USA. Last year, I was one of the three finalists in the grant competition for the new research direction of this prestigious flagship institution of the Howard Hughes Medical Institute (HHMI) Foundation. Although my colleagues and I did not get the $250,000,000 that was in the game (pity), I made very valuable contacts that I would now like to use for the benefit of CEITEC. Wouldn't it be great if there were junior research teams supported by Max Planck Institute, EMBL or HHMI at CEITEC? I really want to work on that.

Thirdly, I would like to focus on mentoring. This is a relatively new concept here. The world of science is often brutally competitive, and junior researchers, especially those setting up new laboratories, are, so to speak, thrown into the water. At my home institution, we pay a lot of attention to the career development of our junior groups, mentoring is literally part of the job description of all more experienced scientists. And the results of our mentoring efforts are readily visible, as all of our junior group leaders (and there were almost 30 of them) have moved to leadership positions in Germany, in Europe and worldwide. Plus, I really enjoy it. Maybe even more than my own science, I like to discuss and think about my colleagues' science. I think I really have a lot to offer in this regard.

And then, of course, my task will be to spread the fame and reputation of CEITEC in the international scientific community. In the days before COVID, like many of my colleagues, I ran a small travelling science circus and gave 25 lectures a year. I assume that once we overcome the pandemic, I will set off on a tour again, but this time with an agenda focused on CEITEC.

How is CEITEC viewed by the scientific community abroad?

Good question. I mentioned it already at the beginning that I have been developing activities to enter Czech science for a long time. It mostly concerned my plans in Prague. Interestingly, when I talked about these efforts with colleagues abroad, most people almost automatically assumed that I was working with CEITEC. This means that you, or now WE, have done a good job and that awareness of CEITEC abroad is very widespread and positive. And we will build on that! I will do everything I can to make the bearded joke about how a Prague citizen doesn't know where Brno is irrelevant, at least as far as science is concerned!

Thank you for the interview.