Scientists from CEITEC Grew Moustaches Once Again to Support Movember

Movember is an annual charity initiative. Its purpose is not only to raise funds, but also to raise awareness of men´s health issues, such as prostate cancer, testicular cancer, as well as men's mental health and suicide prevention. The name Movember was created as a hybrid of two words – both the Australian-English diminutive word for moustache, "Mo," and "November." As the name suggests, Movember is associated with moustaches. 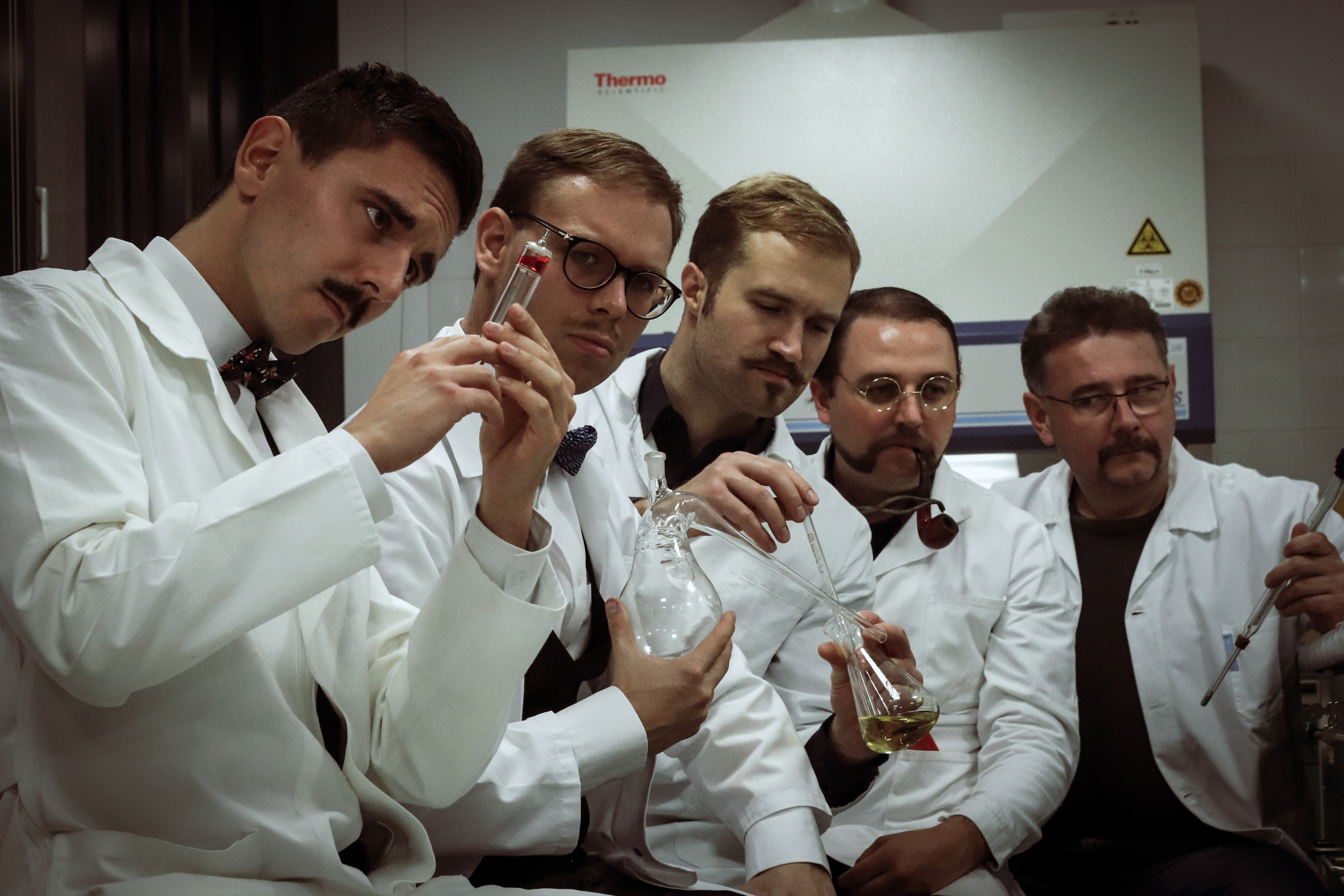 Just like last year, scientists from CEITEC Masaryk University and the Faculty of Science of Masaryk University participated in this charitable activity. This year's team of scientists is called LaBros and has eight members. The team consists of PhD students from the Pavel Plevka Research Group: Miroslav Homola, Jan Binovsky, and David Buchta; Assistant Professor Karel Kubicek, and PhD student Martin Polak from the Richard Stefl Research Group; and research specialists from the Faculty of Science: Martin Benesik, Vit Vykoukal, and Michal Zeman.

"This year, we took pictures in the retro-science style, and the plan is to create a calendar from those photos for next year and to use the money from its sale for the Movember Foundation," said Miroslav Homola.  The group is already looking for members for next year, and figuring out what theme they're going to choose for the next collection of moustache photos. "One of our colleagues at CEITEC was recently diagnosed with testicular cancer.  When you personally know someone who has cancer, you feel much more committed to help. The money raised goes to a good cause," he adds.

Last year, their team managed to raise 6 500 CZK and positioned themselves in 29th place in the Czech Republic. This year, the team collected 12 013 CZK so far, and is currently assuming  10th place nationally. If you want to learn more about Movember or support the LaBros team, please click HERE.

Involved CEITEC scientists are trying to raise awareness of men´s health issues, and several CEITEC research groups are dealing with this problem within their daily work in the laboratory. For instance, Zdenek Farka from the Petr Skladal Research Group is involved in the development of diagnostic methods for prostate cancer. He deals specifically with the detection of the PSA marker (prostatic specific antigen). It is already commonly used for diagnosis, but our method allows its monitoring in extremely low concentrations after the surgery. In this case only a very small increase in its concentration will allow doctors to recognize the recurrence of the disease and to start treatment, even before the manifestation of the symptoms. However, this requires a very sensitive detection method.

Zdenek Farka and his colleagues are developing an approach based on upconverting nanoparticles that exhibit phon. Thanks to their special optical properties, individual nanoparticles can be displayed and calculated with the help of a conventional optical microscope. In connection with the antibody, this method allows for the precise calculation of individual PSA molecules and for achieve the required sensitivity that is necessary not only for the conventional diagnosis of prostate cancer, but also for monitoring small changes in the marker concentration in patients after surgery.

In its 15 years of existence, Movember has funded more than 1,250 men's health projects worldwide, and aims to reduce the number of premature deaths in men by 25 percent by the year 2030. The movement has grown from 30 “Mo Brothers” in 2005, when the movement was founded, into a worldwide initiative, including more than 5 million members today – the so-called Mo Bros and Mo Sistas. The Czech Republic joined the campaign in 2007.