ProfileAbout UsNewsSebastian Díaz de La Torre Was Awarded the Honorary Doctorate. Thanks to Cooperation with CEITEC BUT
About Us

Sebastian Díaz de La Torre Was Awarded the Honorary Doctorate. Thanks to Cooperation with CEITEC BUT

Sebastián Díaz de la Torre graduated in Chemical and Metallurgical Engineering in Mexico, then received a doctorate from the Faculty of Mechanical Engineering of the Japanese University in Kyoto. Since 2017, he has been the Director of the Research Center of the Institute of Innovation and Technology, Instituto Politécnico Nacional in Mexico. He has been intensively cooperating with CEITEC BUT or, for example, with the Faculty of Civil Engineering and its AdMaS Science Center. 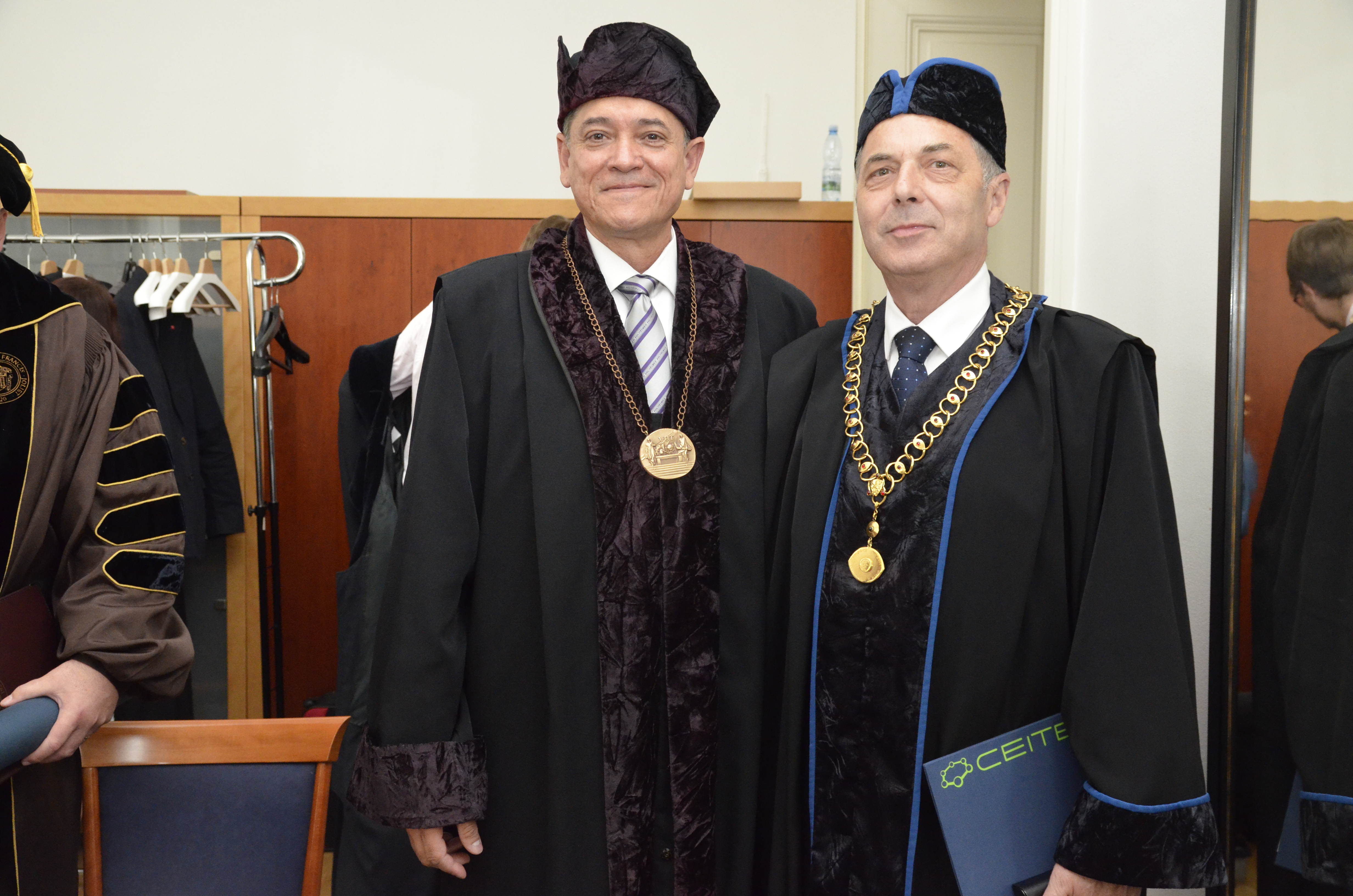 “Research and development of advanced materials is still very important, as the production of these industrial materials is in great demand in a variety of international markets. I think the professional focus I have chosen is the best trampoline to have a positive impact on the whole society, ” Díaz de la Torre said during his speech.

His students included Mariano Casas Luna, who subsequently went to the doctoral degree at CEITEC BUT under the leadership of Ladislav Čelko. Mariano also won the Brno Ph.D. Talent in 2015. Several students from major Mexican universities or research institutes, thanks to the work of this Mexican expert, got to internships in Brno.

Dr. Díaz has published more than 70 scholarly articles, which were subsequently cited in more than six hundred international publications.