Petr Lepcio is currently in the fourth year of PhD studies at CEITEC BUT. Under the leadership of Professor Josef Jančar, he is active in the group Advanced polymer materials and composites. His work on the spatial arrangement of nanoparticles in the polymer matrix during the preparation of nanocomposite was not only published by Soft Matter magazine, but also succeeded in an international conference. 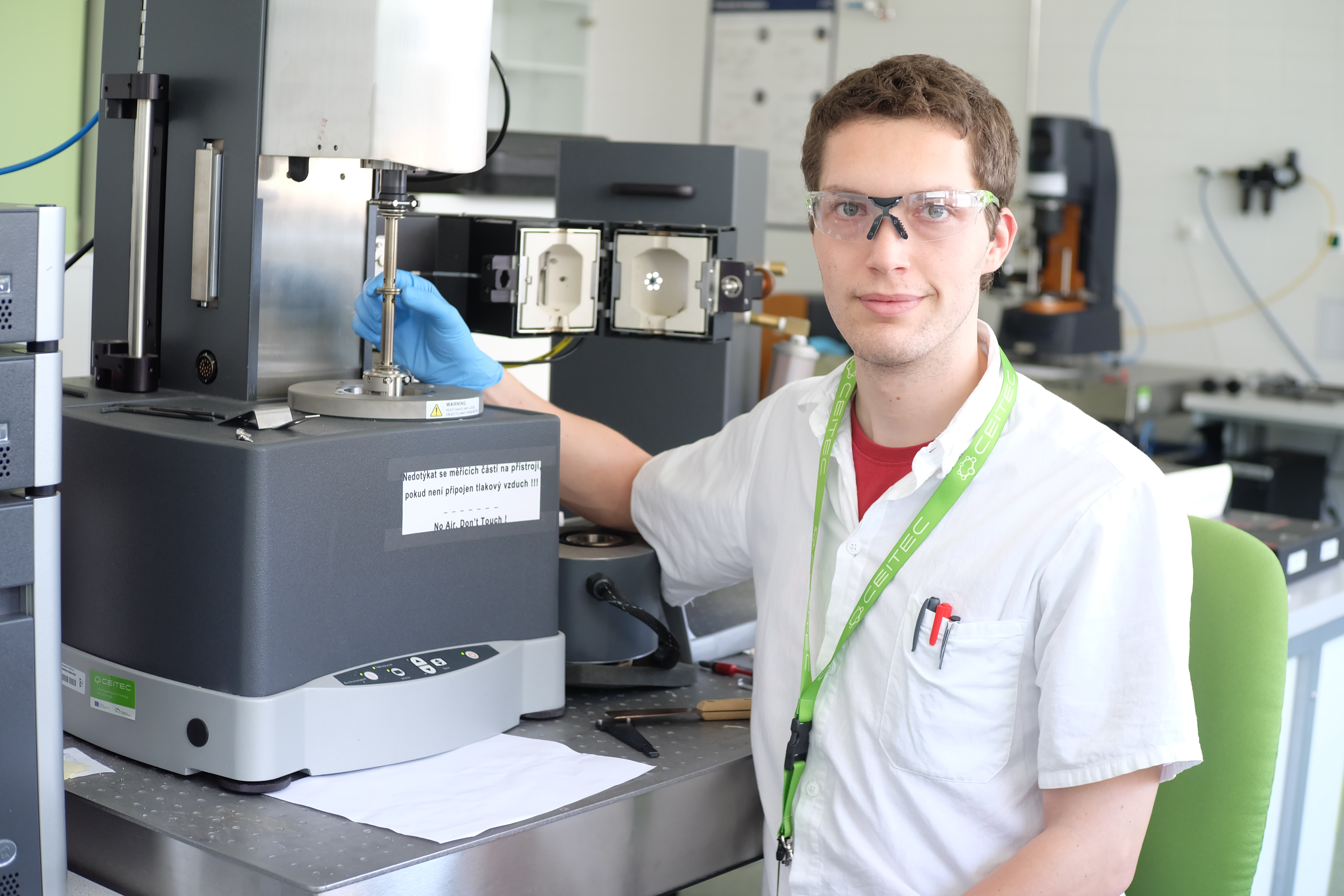 His work titled "Bulk polymer nanocomposites with the origin and properties of aggregates and polymer bound clusters" has been published by the renowned Soft Matter published by the British Royal Society of Chemistry, which ranks first in the Polymer Sciences Quartile. "This paper deals with the spatial arrangement of nanoparticles in the polymer matrix during the preparation of nanocomposites.

His results were also awarded the prize for the best poster at the 17th International Deformation, Yield and Fracture of Polymers held in Rolduc, the Netherlands. The DYFP is held every three years since 1970, and it is regularly taking part in the world's leadership in the field of mechanics and deformation of polymers. Peter Lepico won first place in a poster competition of a total of 85 posters presented. This was his second major international conference for four years of PhD studies.