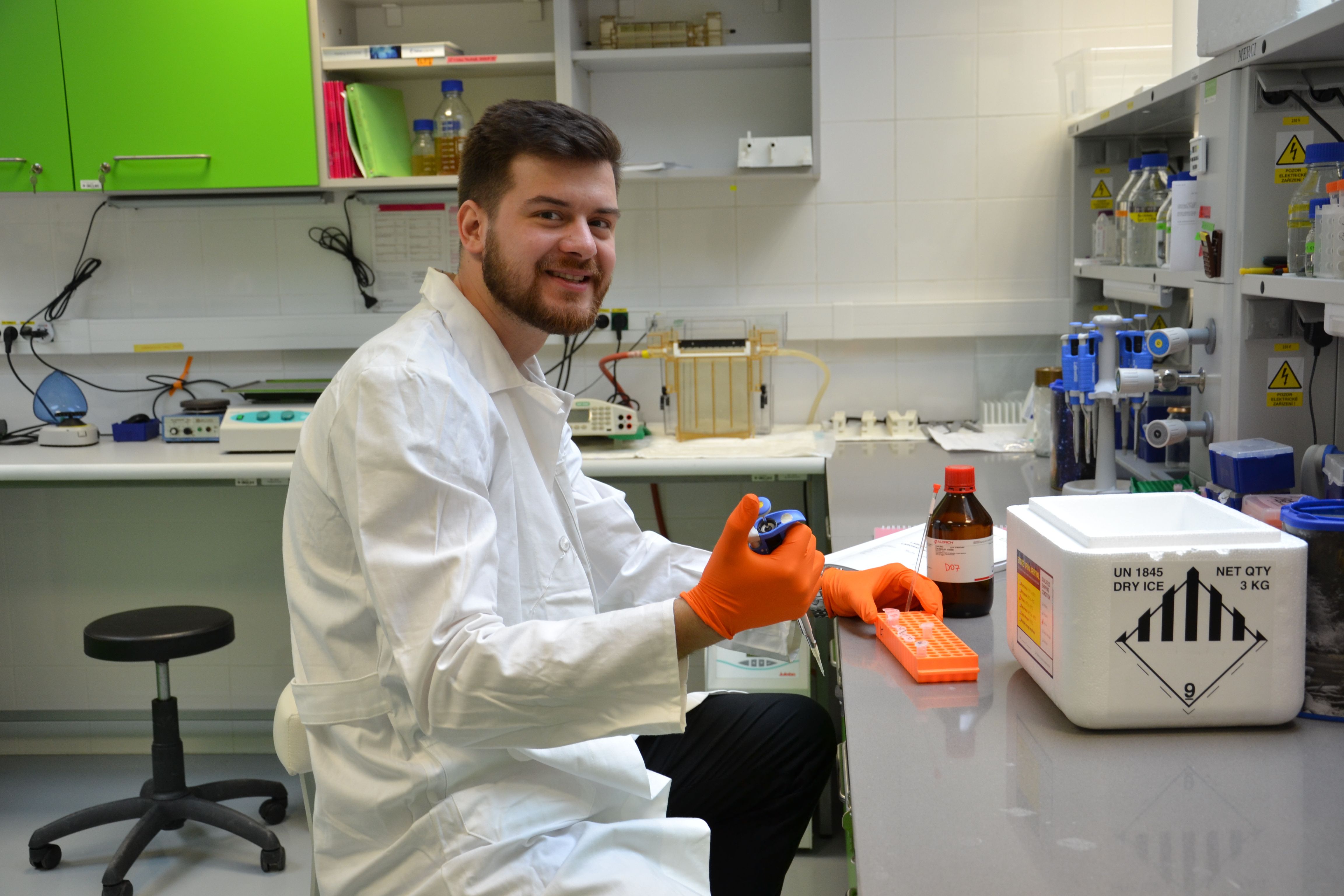 Earlier this year, Martin Gajarský, a student of the Faculty of Science and CEITEC MU, was awarded the Werner von Siemens award for the best diploma thesis. He focused on DNA structures, in particular on the ends of deoxyribonucleic acid called telomeres.

“Recently it turned out that DNA is not just a simple „hard disk drive“, thus an information source, as had been assumed. It does not form only the generally known double helix, but it is able to form also various other so called non-canonical structures. We can imagine them very simply as little knots on DNA’s strands. These structures not only protect the genome integrity, but also contribute to regulation of expression of individual genes,” Gajarský explains the details of his work.

He added that he studied telomeres of yeasts. The telomeres are generally considered to be some kind of cellular clock and are closely related to cell mortality and cancer. “In relation to telomeres we have managed to find a new structural motif and point out previously unknown principles and possibilities of DNA folding,” he added.

His research work required him to master various methods of structural biology, computer modelling and biochemistry. For that he has fully utilised his specialisation in biophysics. “When I was at secondary grammar school, I was facing a problem probably known by most secondary school students. I did not know which field I would like to study. At last I decided for biophysics because I was always more into science and I was attracted by the multidisciplinarity of this field,” Gajarský explains. During his doctorate studies, he transferred to biochemistry, which is more closely related to his research focus.

He works on his research in Lukáš Trantírek’s group at CEITEC. “Two of my classmates worked there during their bachelor studies and they praised it and recommended his laboratory. So, I took their advice and I am very satisfied to have done that. We have excellent conditions here, both in terms of the professional guidance and technical background, as well as a great team,” the PhD student added.

Currently, he has been working on various projects. Together with his colleagues he still focuses on the described DNA structure and tries to better understand its potential biological functions. Their method is to monitor its behaviour when it changes its sequence or they change DNA chemically. He also examines the differences in how DNA is capable of protein binding when it is either folded or free. He also examines molecules called ligands, which can stabilise non-canonical DNA structures and therefore function as potential medicine.

“This work has been fulfilling so far and I enjoy it, therefore, I would like to carry on. We’ll see what the future brings,” Gajarský added. Currently, he is studying the second year of his doctorate studies.