In 2018, Jan Macák became the leader of the Advanced Low-Dimensional Materials research group. In addition, this year he also accepted the role of the head of the research program Advanced Materials at CEITEC BUT. His aim is to strengthen the connection between the individual groups and to stimulate interdisciplinary discussions among them to solve current scientific topics. He hopes that this will contribute to the discovery of new materials and more joint projects. 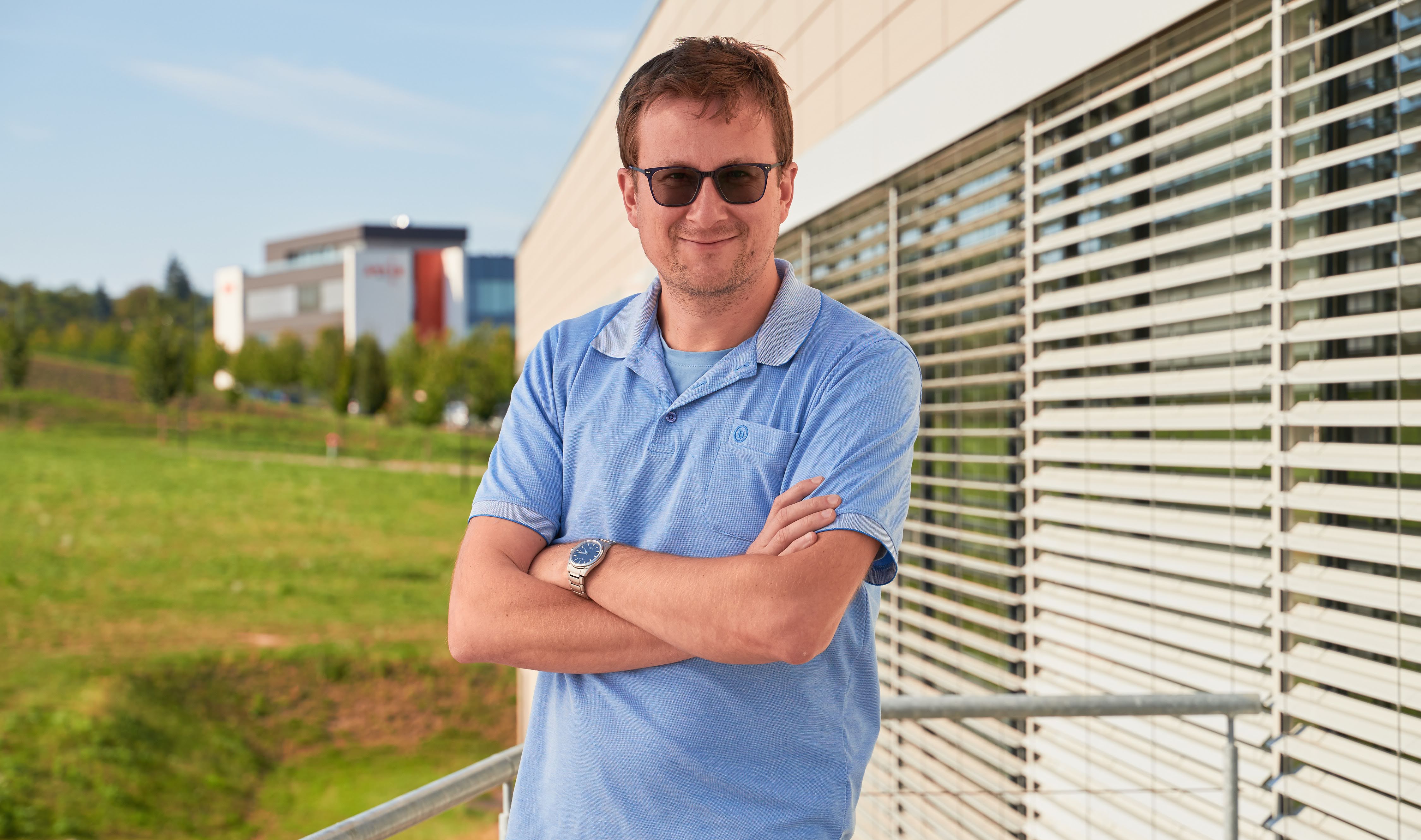 Jan Macák, a material scientist and a starting ERC grant awardee, became the leader of the Advanced Materials research program. He will thus coordinate and oversee its operation. He sees his role primarily in connecting people and creating a room for discussion. "The exchange of knowledge and insights is essential in all areas of human research. That's why it's my priority. I want the groups to communicate more with each other, to come up with new topics, to submit joint projects. We cannot function as six subgroups that have nothing in common. Nowadays, it is not possible to do science without interdisciplinary cooperation," Macák thinks.

He hopes that greater coherence and interconnectedness will lead to new discoveries. "Each of our groups has some know-how, instrumental equipment and focuses on certain material classes. If we manage to do a joint research, we can use our know-how to find new properties of existing materials, or create completely new materials with new applications," adds Jan Macák. At the same time, however, he points out that his vision does not contradict the expectations of his colleagues. "All colleagues were hungry for such an approach. However, they have lacked so far a strong coordinator to lead it. But I didn't have to convince them of the need to share and cooperate. There is a complete agreement between us on this, "says Macák.

In his work, he plans to draw mainly from his own experience as an internationally established scientist. "I attend international conferences all over the world, I review various works and project applications, I am involved in numerous projects. Thanks to that, I am exposed to a very creative environment, where different topics, opinions, and ideas are mixed. And I think I'm good at turning various ideas into clear visions, explaining them to colleagues, exciting them for implementation and then getting the necessary partners for implementation," says Macák, adding that if the program wants to maintain a high scientific level, it is not enough to be good at what groups are doing now. "We have to have a vision, to aim somewhere and to continuously move forward," he thinks.

The first concrete step in the new position was to undergo an annual evaluation by the International Scientific Advisory Board. "It was a relatively difficult task at the beginning because it is necessary to prepare a comprehensive report about all groups in the program. It is necessary to deliver different types of reports, summaries, numbers of students, projects, awards. However, we successfully passed the evaluation. The recommendation we received was to unite and cooperate, which is exactly in line with what we have planned," notes Jan Macák.

According to him, round tables and discussions among group leaders have already started. They have been debating what types of materials to focus on in the near future and what projects to apply for. Jan Macák expects that the results of his efforts will be seen within two or three years. "It's similar to industry or politics with different strategic decisions. It always takes a while before any changes become visible, "he says. He also wants to use several indicators in evaluating how he manages to meet the goals. "Fortunately, we have various databases and scientometry that monitors what articles we have published in which journals and what the response is. You can look directly at how many publications were created in a mutual cooperation. I would like to increase this number significantly. The second indicator that I would like to increase is the number of accepted projects based on interdisciplinary cooperation among groups," concludes the new program leader.