Home About Us News What We Eat Can Have an Effect, Even on Alzheimer´s Disease

News Media Research
What We Eat Can Have an Effect, Even on Alzheimer´s Disease

Michael Owen comes from Toronto, Canada, but has lived in Europe for about eight years. He spent the last two and a half years in Brno, more specifically at CEITEC Masaryk University, where he is engaged in research of Alzheimer's disease.

He is investigating why the essentially harmless amyloid beta molecule begins to transform into structures that are toxic and destroy neurons in the brain of the individual suffering from Alzheimer´s disease. Despite holding degrees in biochemistry, bio-organic, and chemistry, he does not work with test tubes and samples, but solves this problem mainly by computer. He is involved in computational chemistry, which enables him to study the structure of these proteins in detail and looks for factors that contribute to the development of Alzheimer's disease in humans. 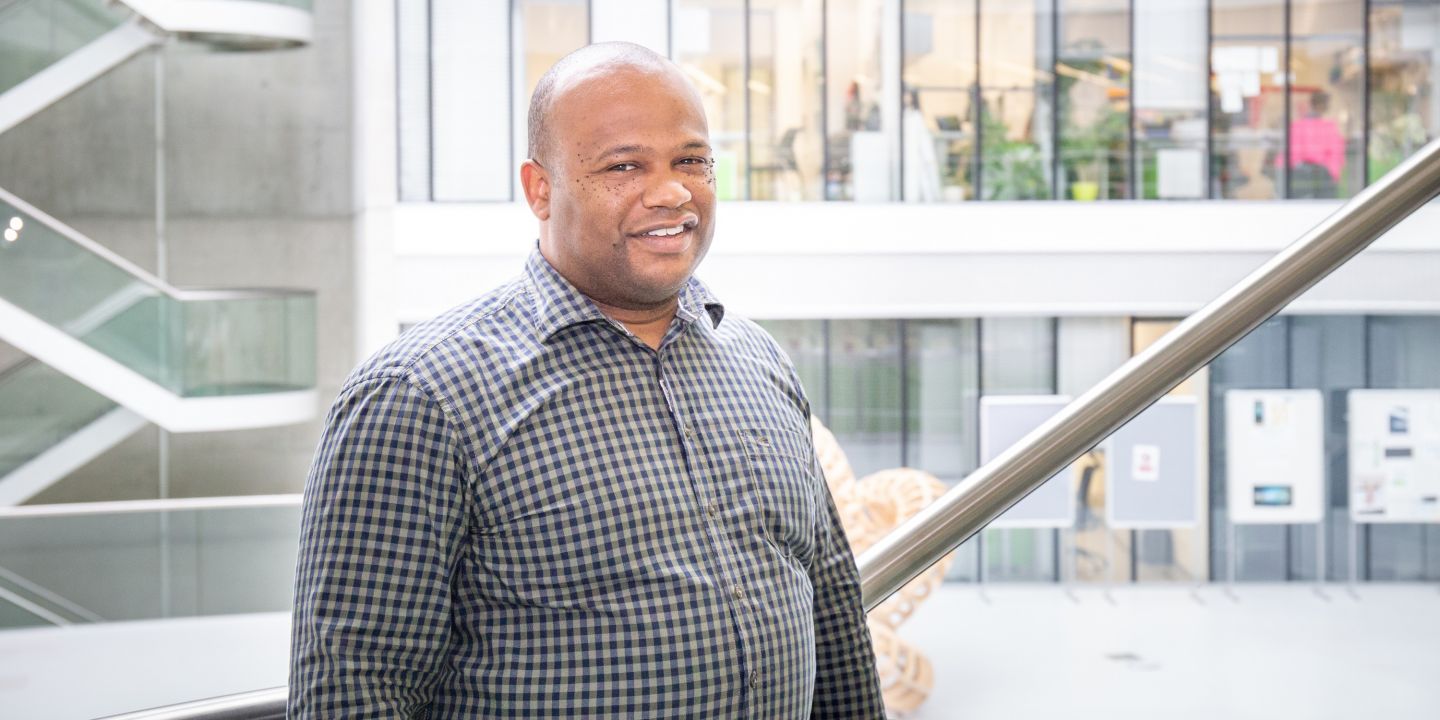 He is trying to understand why amyloid beta begins to bind to the so-called oligomers and to form bodies known as amyloid plaques. "That's how we use super computers help us to track the structure and behaviour of these proteins at the atomic level."

Owen focuses primarily on the role of lipids throughout the process, and specifically on the gangliosides found in neuronal membranes. A specific amount of the lipids may prevent the formation of toxic oligomers – also called plaques. “If we find out exactly how lipids and proteins interact and contribute to the formation of the unwanted plaques, new treatments based, for example, on the improvement of the protective effect of lipids, could be developed. The treatment could be new medicine or a specific diet.”

Owen assumes that diet can have an influence on the development of Alzheimer's disease. “We study lipids that one can obtain from food. However, it is certainly not that straightforward. It all depends on how our body processes food and regulates its activity. There are still a number of unknown factors that affect the food we eat and how our diet in turn affects the structure of a particular protein in the brain.”

Owen began to study Alzheimer's disease while earning his master´s degree in the United States. “I've always been interested in combining chemistry and life sciences. Computational chemistry was introduced to me by my mentors during my bachelor's studies at Trent University in Canada, and thanks to his collaborations with a number of experts and laboratories, I was accepted to Creighton University Medical School in Omaha, where I was assigned to study the misfolding of the Amyloid beta peptide,” Owen said.

He continued his research during his doctoral studies at the University of Szeged, Hungary, and then as a postdoctoral fellow at the research centre, Forschungszentrum Jülich in Germany. He came to Brno thanks to the SoMoPro program – South Moravian Program for Distinguished Researchers – that supports the arrival of young scientists to the region. "Thanks to this program, I was able to fund my research further, and found the Robert Vacha research group at CEITEC," said the Canadian scientist that fell in love with Europe.

His journey first led him to Hungary, the country-of-origin of one of his mentors, Prof. Imre Csizmadia, from his studies in Canada. He visited Hungary and his colleagues during his vacation from his job as a medical writer and did his research work back home, but later moved to Szeged and earned his doctorate degree there in 2012. “I like Europe because it is very diverse. It is interesting to explore the cultures in different parts of Europe. I like the local landscape, and I enjoy cycling in South Moravia. I come from Toronto, which is a big city, and getting out of the city is not as easy there as it is here,” explained Owen, about what kept him away from home for so many years.

Outside of his research, Owen is trying to gain a variety of experiences. He is in his seventh year as a postdoctoral fellow, and is currently chairperson of the Postdoc Peer Committee (PPC), established at CEITEC last year. This committee’s aim is to more strongly support this particular category of researchers. “As postdocs, we usually work for just for a few years in an institution. We are encouraged to move to different workplaces and gain more international experience. In the receiving laboratories, and are often the most experienced, hands-on scientist in a research group. Educational institutions, in particular, are focused predominantly on undergraduate students, supervisors, and permanent research staff, and sometimes overlook the difficult situation of postdocs,” said Owen, adding that this stage of life is when people often start families.

The newly founded Postdoc Peer Committee at CEITEC wants to focus specifically on postdoctoral researchers and their needs. While on the PPC, Owen aims to find out what postdocs need for further development. “For example, I am personally interested in what it means to be a group leader, and I would also like to gain more insight into the administration and functioning of the institute as a whole. I was previously a member of student councils in high school and in university, and I know that it is worthwhile to get involved in such initiatives.”

Owen and the co-chairs of the PPC go to group leaders’ meetings, and then inform other postdocs about what is happening at the institute. “We help to share knowledge, news, and help postdocs to feel more as an integral part of the institution. We can also present the views of postdocs at such leadership meetings.”

The most important aspect for postdocs is their future scientific career. There are not many opportunities to establish one´s own research group, and postdocs may often lack some important managerial knowledge or skills useful for other careers. Another task of the postdoc peer committee is to help to identify which courses and training could help them with further career development. "Mobility and gaining experience is surely an important thing, but you can work as a postdoc for six to seven years, before one has to seek other opportunities," said Owen, adding that he would like to beome an independent researcher in Europe or Canada.