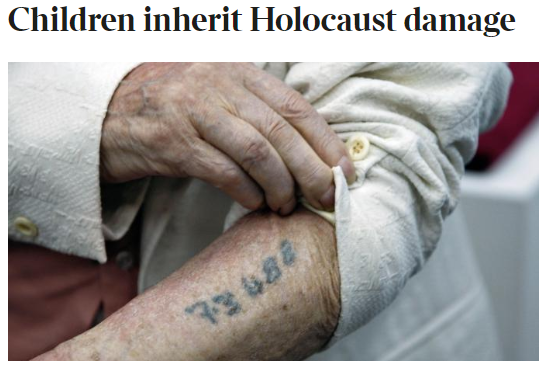 The physical effects of the Holocaust remain present in the brains of survivors and could affect the mental health of at least three generations of the same family, according to research. Ivan Rektor, a neurologist at CEITEC Masaryk University, said that early results showed there was a deterioration in children of survivors. “After more than 70 years the impact of surviving the Holocaust on brain function is significant,” he said.

The study found that the relatives of survivors of concentration camps had significantly less grey matter, or neurons, in areas of the brain responsible for stress response, memory, motivation, emotion, learning and behaviour than a control group whose relatives had no connection to the Holocaust. The findings, from a study at Masaryk University in Brno, Czech Republic, back the theory of “epigenetic inheritance” — the idea that environmental factors can affect the genes of your offspring.

The study of professor Rektor was based on MRI scans of 56 people aged 79 and 80, half of whom survived the Nazi camps, and a control group with no personal or family experience of the Holocaust. In line with previous research, the study identified a reduction of grey matter in regions associated with post-traumatic stress disorder in combat veterans and those with early-life trauma.

Researchers are further investigating the impact of the Holocaust on survivors’ children and grandchildren. Preliminary results showed reduced brain connectivity in the processing of emotion and memory.

Professor Rektor said he hoped that the findings would enable therapy to be focused on supporting survivors and their descendants. 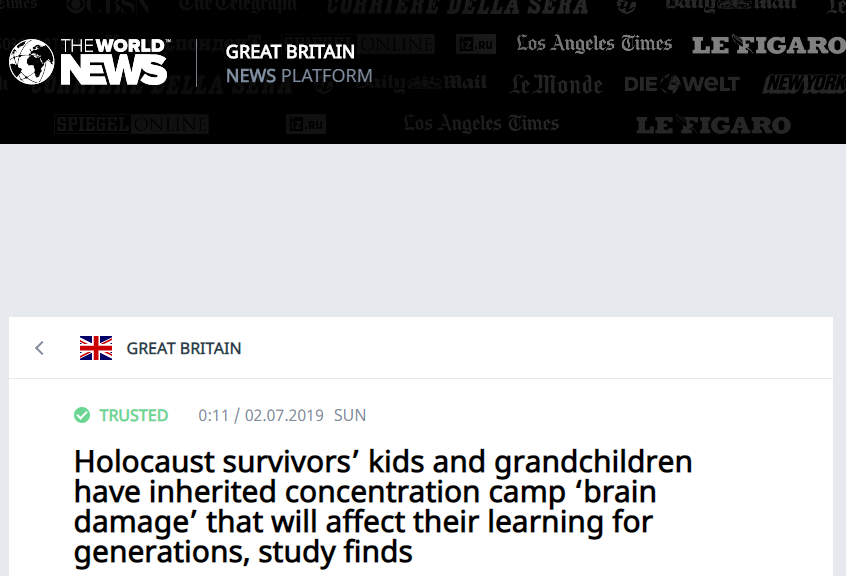 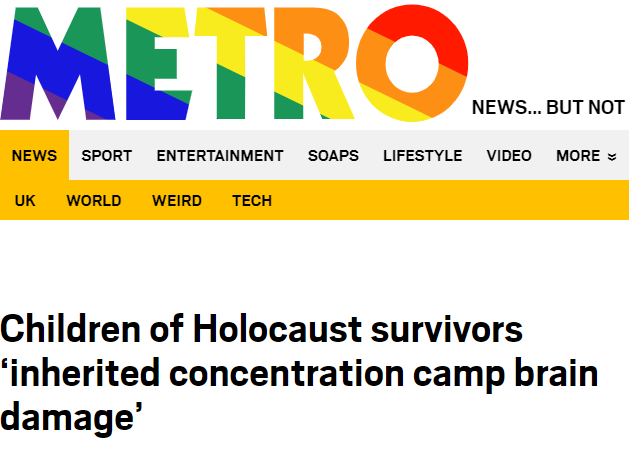 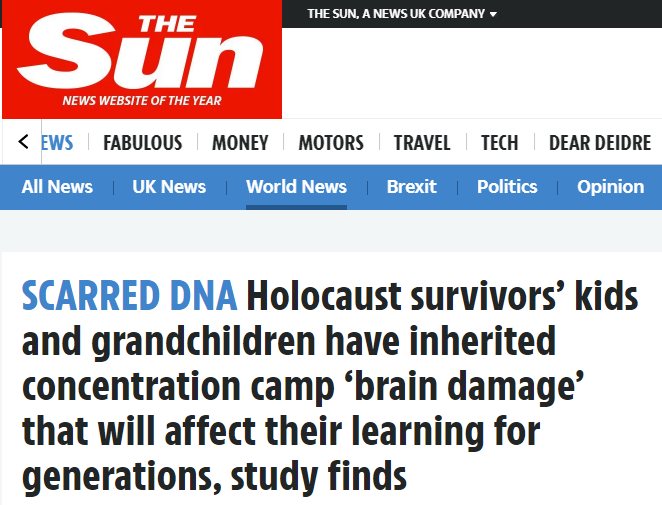 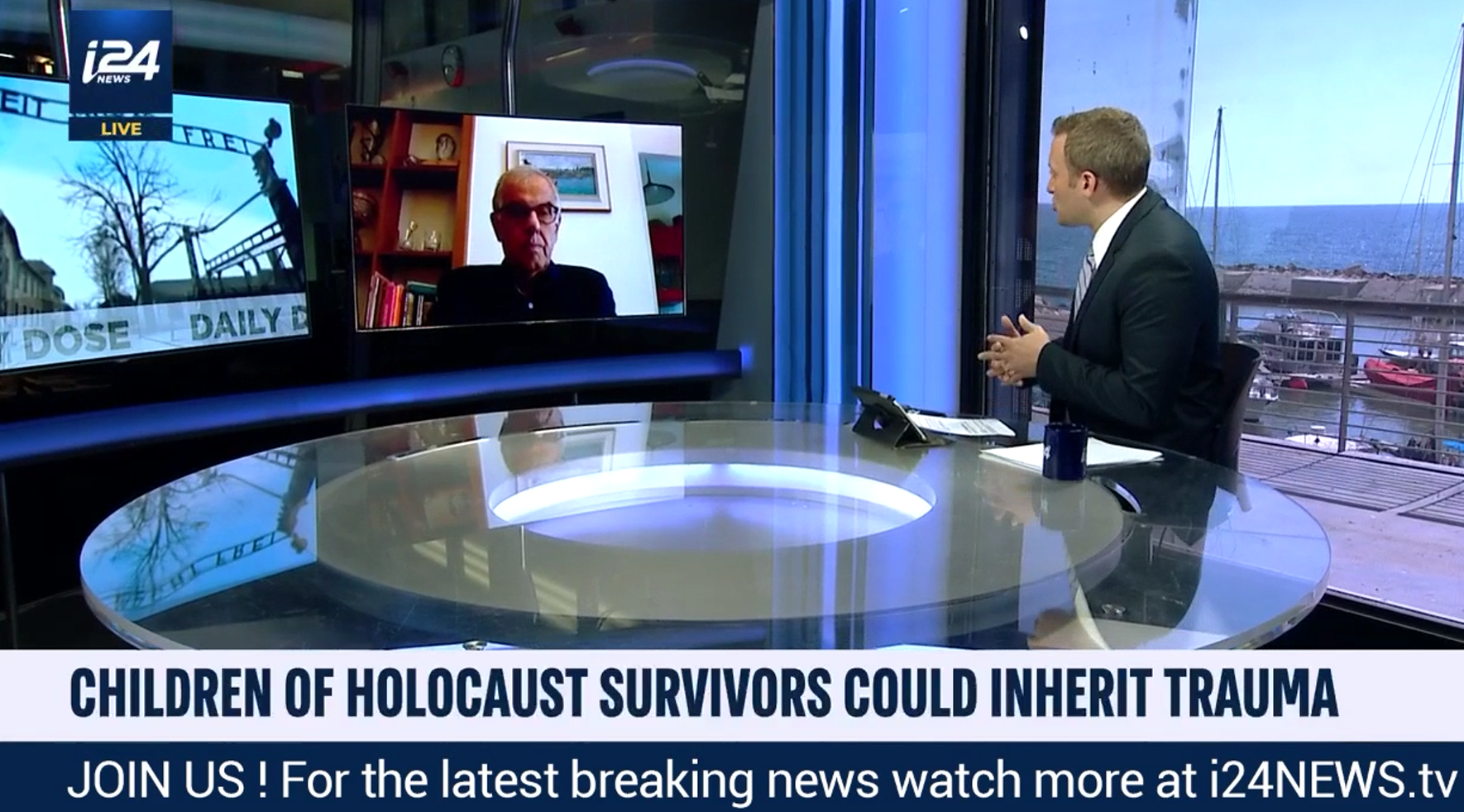