Home About Us News A Breakthrough in Plant Research

News
A Breakthrough in Plant Research

Scientists from the Institute of Biophysics CAS and CEITEC Masaryk University came up with a breakthrough in plant research.

They have refuted several previous misleading facts, and their results fundamentally changed the level of knowledge in the research of telomerases.

These are complexes of proteins and RNA that replenish the ends of chromosomes, and their activity is responsible for a highly proliferative capacity of cells, which is typical in plants or in human stem and cancer cells. Research results have been published by the prestigious journal Nucleic Acids Research (IF 11).

The novel knowledge of the genuine RNA subunit across land plants, including important crops, and the described method to identify the others, will finally allow researchers to expand the detailed telomerase research to the plant kingdom as well.

So far, only a single putative plant telomerase RNA has been described in Arabidopsis thaliana by researchers from the USA. However, this RNA – as has been demonstrated now – does not function in telomerase.

Thus, 23 years after Prof. Jiří Fajkus and his team first described telomerase activity in plants, another important primacy in this particular research area has come back to Brno, the city with the longest tradition of plant genetics in the world. 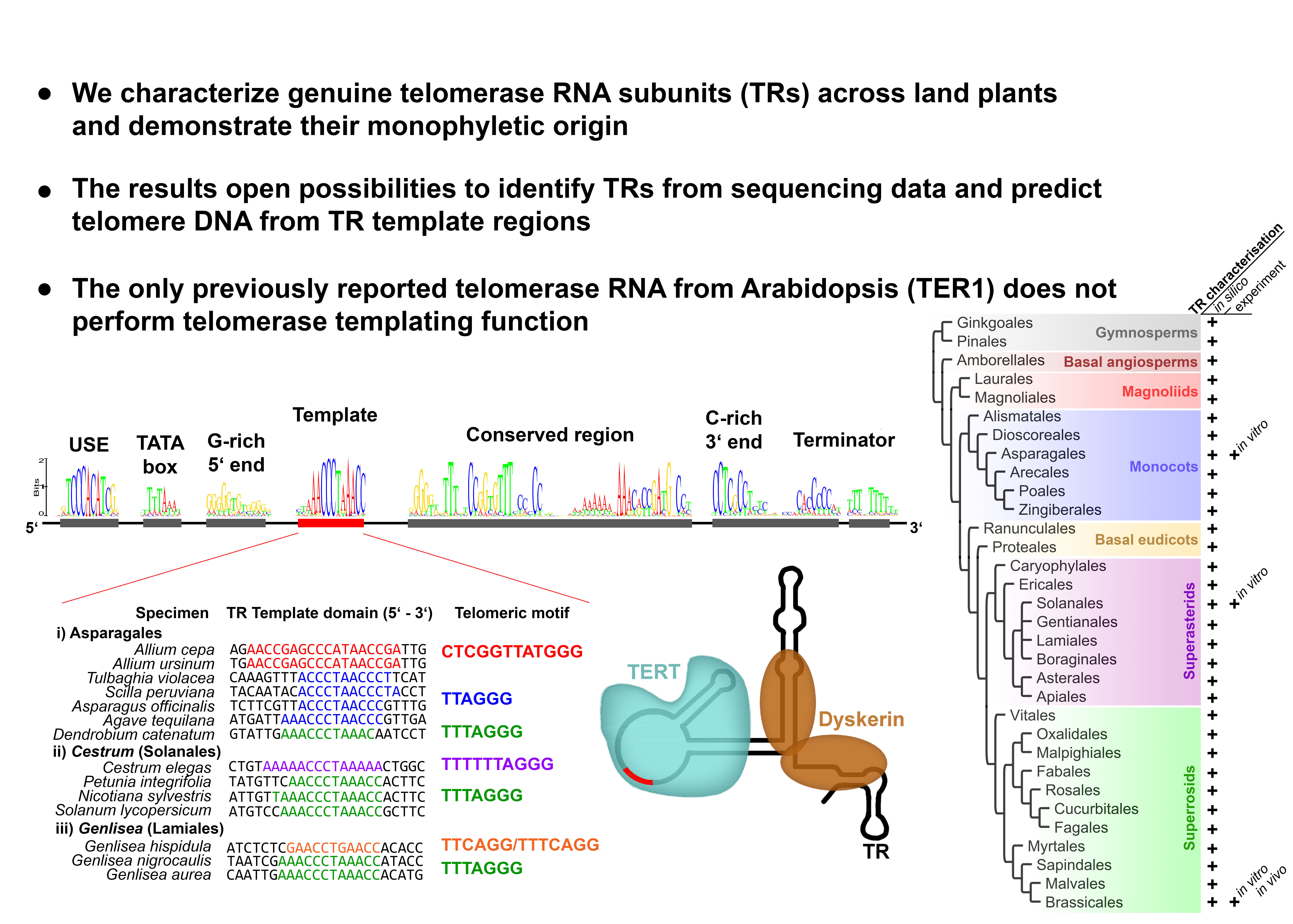