ProfileAbout UsNewsA Research Group Dedicated To Epitaxial Materials And Nanostructures Was Established. The Group Leader Is Austrian Researcher Hermann Detz
About Us

A Research Group Dedicated To Epitaxial Materials And Nanostructures Was Established. The Group Leader Is Austrian Researcher Hermann Detz

Thinking about how to get a laser and a detector on one chip, or what materials are needed to produce a waveguide with more functionality. These are some of the tasks facing Hermann Detz from CEITEC BUT. The Austrian scientist from the TU Wien has recently expanded CEITEC's staff numbers, and in the years to come, as head of the research group Epitaxial Materials and Nanostructures, will examine new functional layers of semiconductors and metallic materials. In addition, he continues to work with his home university in Austria and plans to create a program linking Brno and Vienna laboratories and researchers. He claims his new position was like winning the lottery. 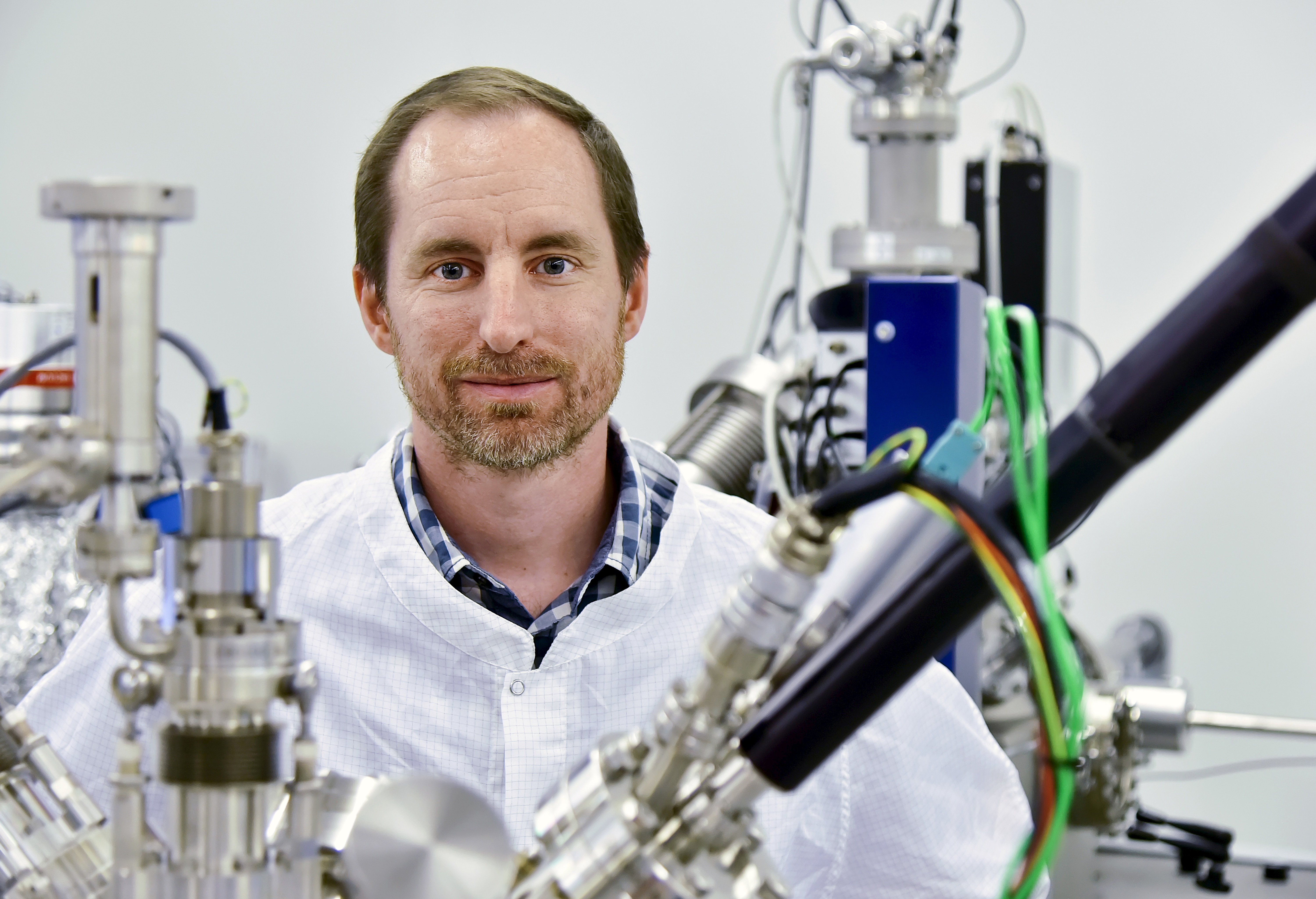 Earlier this year, Hermann Detz was working at TU Wien, where he was part of a laser and detector research group. His task was to create materials for an application in short and mid-infrared sensing platforms. "Many organic molecules have some resonance. That is, they vibrate. We can imagine how it behaves when we heat it in a microwave. When we have very precisely given wavelengths, we can distinguish individual molecules through this vibration. It's essentially an optical sensor that has a lot of applications in real life", Detz said. Using these devices, scientists analysed, for example, plant fumes or air exhaled by patients on an intensive care unit. Hermann Detz deals with the creation of materials that can be used for optical sensors and similar devices." Specifically, I'm preparing materials for lasers and detectors that are then inserted into some devices," said Detz, who has been working for CEITEC BUT for several months now.

For now, as the leader of the Epitaxial Materials and Nanostructures Group, he is extending his research portofolio. "There are many ways I can go. I now have additional facilities that I did not have in Austria, which offers possibilities to extend the project," explained Detz.

In general, however, his job is to investigate semiconductors and metallic materials to connect lasers and detectors. "It would be nice to integrate further functionalities with monolithic laser and detector sensors. It is much more practical and, of course, cheaper", he said. He also wants to study the waveguides."Now a gold plate with a ceramic stripe is used to guide the light the laser from the detector. However, we can replace the gold and ceramics with other materials and possibly add other functions to the waveguide. So I will work on the so-called functional waveguides", Detz said, with the intention to devote himself to CEITEC BUT also to create other functional materials and their interconnection. He hopes to establish good relations with industrial partners in the future and the group will be able to work on specific applications for businesses.

In addition, the Austrian researcher will continue to work with colleagues from the TU Wien. He is therefore planning a program to help Austrian and Czech scientists use the backgrounds of institutions in both countries and share existing knowledge. "I live near the Czech-Austrian border. When I found out that they were looking for someone with my specialty in Brno, I did not hesitate. As a scientist one must count on having to move for work. But this way I could keep my job in Vienna, where I am now one day a week, and at the same time I can be four days a week at CEITEC BUT, which has great equipment and is an interesting, fast-growing institution. I'm aware that this place was basically like winning the lottery", Detz said.

The first bigger task ahead of him is to create his own research group. "I have a list of open positions for doctoral students, and those interested in baccalaureate and master studies can get involved. The problem is, I'm new here, so I do not know the students yet, and they do not know me. It's a time-consuming process, but first-time enthusiasts are starting to come", he said, adding that this is an exciting opportunity because there are a total of only twenty research groups around the world who are engaged in similar research.