Home About Us News Another Holder Of The Prestigious ERC In Brno. CEITEC Attracted A Top Foreign Scientist

Eric D. Glowacki's research is directly motivated by applications in medicine. His ERC Grant deals with groundbreaking research and development of wireless nerve stimulation, which is used in the human body. Members of his research group, which has been operating at CEITEC BUT since the end of last year, will work on the production of ultra-thin and wireless stimulators powered from outside of the body. A Polish scientist moved to Brno from Linköping, Sweden. 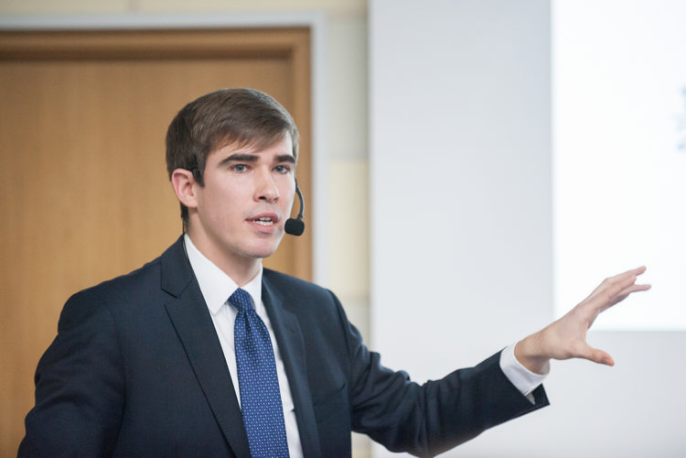 The basic research questions of the group "Bioelectronic materials and systems" are to find out how the electric current interacts with living organisms at the level of individual cells and nervous tissues. Their focus will be not only the effect of direct current, in the use of which electrochemical phenomena predominate, but also the effect of alternating current, which is able to stimulate nerve and muscle cells.

The leader of the new research group at CEITEC BUT is the Polish scientist Eric D. Glowacki. The young scientist has impressive experience from several international scientific institutes. He graduated from university in the United States, received his doctorate in Linz, Austria, and since 2016 has worked at Linköping University in Sweden. He was attracted to Brno not only by the possibilities of cooperation, the scientific focus of CEITEC, but also the equipment of the research center: “I have worked in many academic clean rooms around the world and I do not exaggerate when I say that the conditions at CEITEC are really excellent. Laboratories in clean rooms will enable our group to produce high-quality biomedical elements and components,” he explains.

Eric D. Glowacki also brings to Brno his ERC Grant, which is one of the most prestigious in the world. "This is currently our biggest project. It focuses on the stimulation of the vagus nerve, which is used to treat chronic inflammatory conditions, especially Crohn's disease,” Eric describes of the research's intentions, saying that currently implanted stimulators are large, invasive and require regular battery replacement. The main goal of their ERC grant is to research, develop, and also produce stimulators that are ultra-thin, wirelessly powered from outside of the body, and ideally without the need for surgically implanted equipment.

The statutory City of Brno contributed to the establishment of the research group with a subsidy in the total amount of 28 million crowns. The city grant is intended for the establishment of four junior research groups with the potential for the creation of so-called spin-offs. The groups, led by young researchers, are to focus primarily on innovative research in the field of nano, micro and biotechnology or materials science. "The aim of cooperation between the city of Brno and CEITEC BUT is to increase the number of excellent research teams, intensify international cooperation in the field of innovation and increase the attractiveness of Brno for talented scientists. The support for the establishment of research groups is conceptually linked to the Brno Ph.D. Talent competition, with which the city supports the careers of new scientists every year," explains Deputy Mayor Tomáš Koláčný.

"The expansion of research groups by top foreign scientists is a long-term strategic goal of CEITEC BUT. Eric Glowacki brings to Brno not only valuable experience from the international environment, but also a research topic with great potential. I am glad that the city representatives also see the meaning in this and provide us with great support in the development in this direction,“ added Radimír Vrba, Director of CEITEC BUT.