ProfileAbout UsNewsBrazilian Researcher Got to CEITEC but by Chance. Now He Plans to Prolong His Stay and Deepen the Czech-Brazilian Cooperation
About Us

Brazilian Researcher Got to CEITEC but by Chance. Now He Plans to Prolong His Stay and Deepen the Czech-Brazilian Cooperation

High expertise in the field of EPR has CEITEC BUT gained last year thanks to Vinicius Santana. Brazilian researcher was looking for a postdoc position in Europe and settled in Brno. He focuses on investigating magnetic materials using high-frequency EPR and plans to strengthen also Czech-Brazilian cooperation. 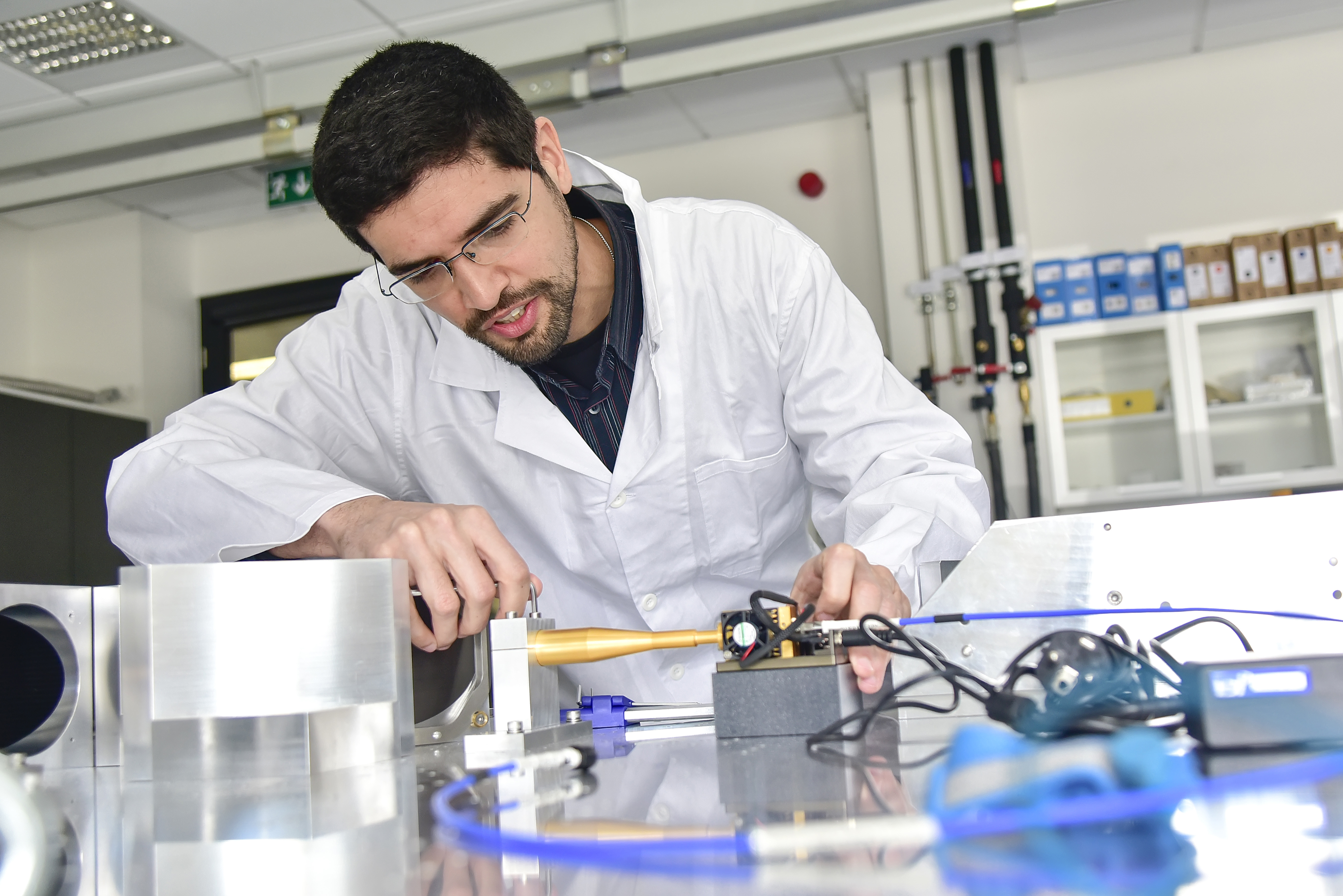 After successfully finishing his PhD studies in Brazil, Vinicius Santana was looking for a postdoc position enabling to study high-frequency EPR. He found such position in Petr Neugebauer´s team. “At that time Petr was located in Stuttgart. I found that convenient as I speak German and I had already been to Germany before,” says Vinicius Santana. Therefore, he submitted his CV and passed an interview. “Petr wanted my expertise in his team and I agreed to move out to Europe. Only then I found out the position was in Brno,” adds the researcher with laugh.

He admits that when moving to Brno in January of last year, he had no idea what he was getting into. “I didn´t know anything about Brno. However, people from CEITEC BUT were really nice to us and helped with all the bureaucracy. We quite enjoy the city as well,” says Vinicius Santana who moved to the Czech Republic together with his wife.

Before coming to CEITEC BUT, Vinicius Santana submitted a project to the Marie Sklodowska-Curie Actions (MCSA) where experienced researchers can receive a fellowship when moving abroad. “Even though I was not selected to the MCSA, I still got supported by the Ministry of Education, Youth and Sports via the European Social Fund as all projects which are above the threshold and are listed as excellent projects have this chance,” explains Santana.

His project focuses on investigating magnetic materials using high-frequency EPR. “It is a basic research. However, the findings can be applicable for instance in spintronics but also in a multidisciplinary range of fields from fundamental physics to biology and chemistry,” adds Santana. Specifically, he focuses on investigation of spin control and characterization of magneto-structural, electronic and magnetic properties in iron oxides and copper compounds. His project also aims to fabricate and to characterize thin-films of those systems using surface analytical techniques, magneto-optical techniques, electrically-detected EPR, and others. The project should last two years. “However, I would like to stay longer. Therefore, I am already preparing and writing a new project,” says Brazilian researcher.

According to Vinicius Santana the situation in Brazil is not much in favor of science these days. “With the governmental changes in Brazil financing of science and research is decreasing. That´s why many scientists are moving abroad and why I decided to leave,” explains Santana who maintains cooperation between CEITEC BUT and Brazilian institutions. “We are supporting student exchange at BUT and we received one student from a Brazilian group with which we started a cooperation last year,” adds researcher who is contributing to increase the EPR knowledge on CEITEC BUT. “Last year I offered a couple tutorials to transfer my knowledge to the undergraduate and PhD students in the group,” confirms Santana. He feels that the level of knowledge of the students is good. “I don´t have to lose time explaining the basics as other colleagues are quite informed even about my field of expertise,” adds Vinicius Santana.

His stay at CEITEC BUT has already brought some results in the publishing sphere. “Last year I published a paper on degradability of biodiesel where EPR was used to characterize the degradation. This month was published my article on magnetic field tuned phase transitions,” says Santana who will need to publish three more papers on his current research as part of his project requirements.