Home About Us News Czech Leading Scientists Join their Colleagues. They Ask the EU to Enable the Use of New Methods of Plant Genome Editing

News
Czech Leading Scientists Join their Colleagues. They Ask the EU to Enable the Use of New Methods of Plant Genome Editing

Today marks one year since the European Court of Justice (ECJ) ruled that organisms treated with precision breeding techniques (CRISPR) are genetically modified organisms (GMO). However, it also means that crops with any smallest genome modification, which are also found naturally, are subjected to these European regulations, which, in effect, ban such modifications. Leading biologists and researchers across European countries disagree with such a decision. Just one year ago, they united and issued a document on the negative impacts of the CRISPR ban on society and economics. In their Open Statement, they ask once again the European Parliament and the European Commission for a modification in legislation so as they can carry out their research for the benefit of agriculture, economics, and society. 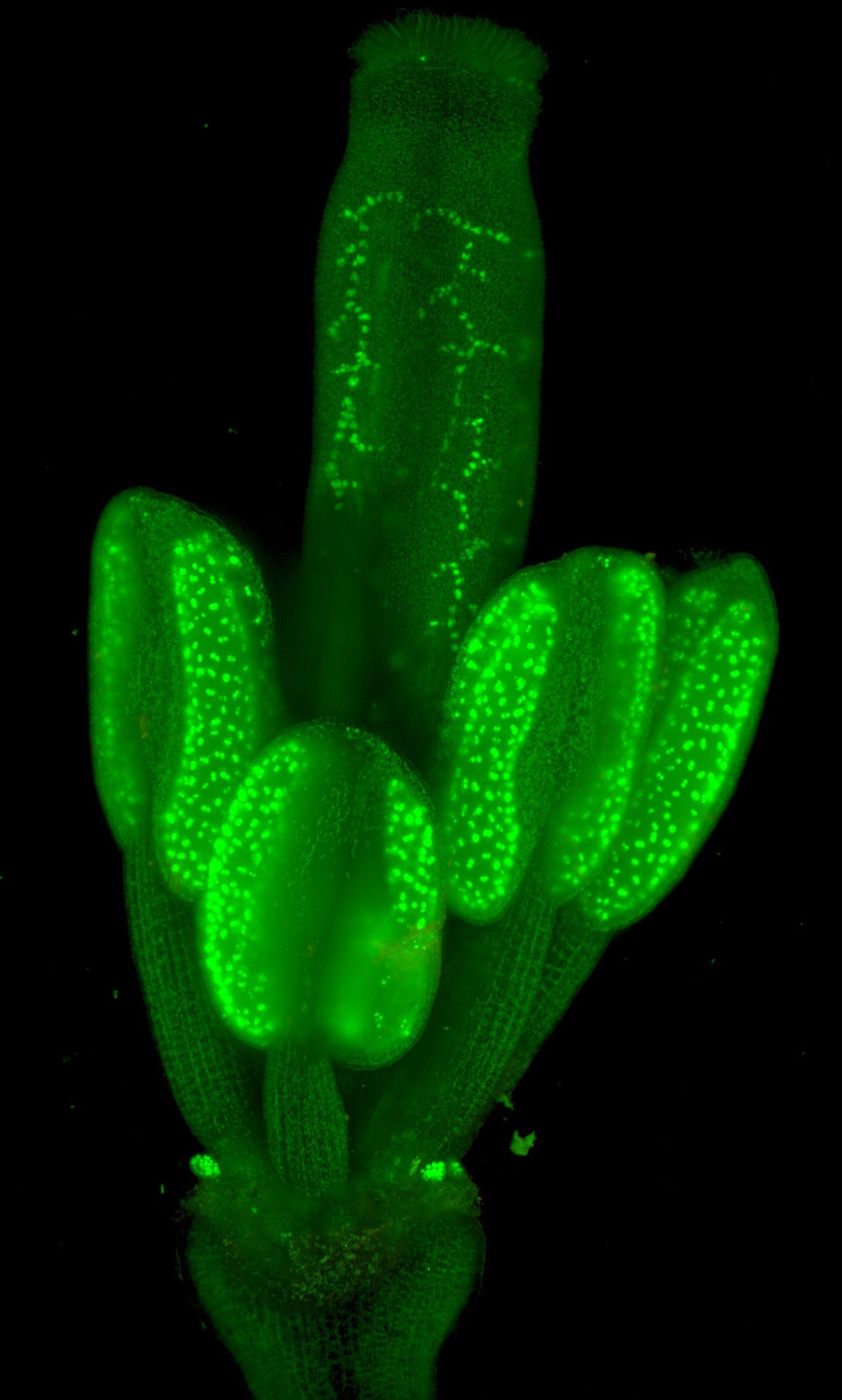 The EU GMO legal regulations do not reflect the current state of scientific findings. The plants that are subject to simple and targeted genome modification using CRISPR precision breeding and do not contain alien genes are at least as safe as varieties derived from conventional breeding techniques. The scientists appeal to European bodies to react promptly and modify legal regulations so that the usage of these methods are not subject to GMO regulations. The CRISPR method has potentiality in the area of research and innovations, and it may help to solve the current challenges we are facing, particularly those that are connected to global climate change.

Prof. Dirk Inzé, Science Director of the VIB-UGent Center for Plant Systems Biology, the main initiator of the European initiative says, “This is one of the rare examples in which the scientific community across the entire EU has united and unanimously calls for a revision of the European legislation affecting genome editing. The initiative is supported by 121 leading European institutions, and currently, this topic is a buzzword  for politicians at the European, as well as national levels. Our endeavour is supported by most of the agricultural ministries across EU countries. It is necessary to move to the level of the European Parliament now.”

A supporter of this view, Miroslav Toman, Minister of Agriculture adds, ”In general, the Czech Republic supports these new methods, provided that the findings of plant and animal breeding shall not be subjected to patents. The reason for this is to protect new Czech small and middle breeding companies, as well as the breeders, so that they are able to continue using breeding material during the creation of new plant varieties.“ 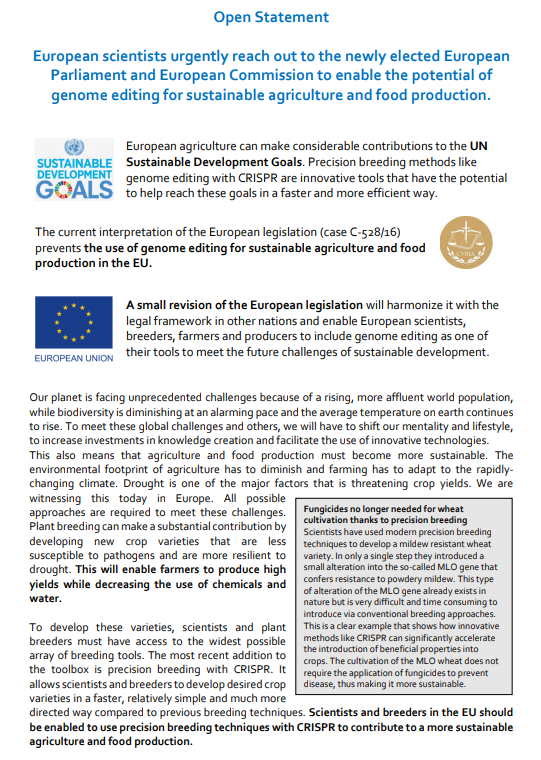 research in the area of plant genetics, points out, “Plant breeding may contribute significantly to new crop varieties that are less susceptible to pathogens and more resilient to drought. This will enable farmers to produce high yields, while decreasing the use of chemicals and water.”  He also stresses  that the European Union is surrounded by an ever-growing number of countries that are more open and responsive to the genome editing issue. He says, “The ECJ’s decision means that the core of research will be pushed outside of Europe. As a consequence, control over such progressive technology, which will significantly form new approaches to agriculture and medicine,  shall be lost, whether or not we want it to.”

Last December, in reaction to the decision made by the European Court of Justice, the scientists from the Centre of the Region Haná for Biotechnological and Agricultural Research (CRH) appealed to the Prime Minister and other politicians to support modification of European legislation that was connected to genetically modified crops. Ivo Frébort, Director of CRH, and Jaroslav Doležel, Science Director of CRH, expressed concern about this attitude, which may bring permanent harm to European countries. They both say: “Whereas there are more and more countries in the world that enable such new technologies, Europe, on the contrary, remains rigid. Month by month, the gap between Europe and progressive countries grows bigger, which may have a negative impact on agriculture, production, the quality of groceries, and the whole environment in Europe.”

The initiative is also supported by the directors of relevant institutes of the Czech Academy of Sciences (CAS) and other representatives of leading Czech scientific institutions and universities: