Home About Us News Gabriela Pavlasová, CEITEC MU, Has Received a Prestigious DISCOVERY AWARD for Her Research Results in the Field of Medicine

News Awards
Gabriela Pavlasová, CEITEC MU, Has Received a Prestigious DISCOVERY AWARD for Her Research Results in the Field of Medicine

Discovery Awards 2017 were presented during a ceremonial evening in Prague, for the seventh time this year, to researches who have contributed to medical research discoveries. Gabriela Pavlasová, a PhD student from the Marek Mráz’s research group at CEITEC MU, received an award in Basic Research category in Medicine, for examining the function of CD20 molecule, which occurs on the surface of leukemic cells.

Thus, a young scientist from Brno has joined her group of colleagues from CEITEC MU who have already received the award. Ondřej Slabý, focusing on Molecular Oncology, was awarded two years ago, and Marek Mráz, Gabriela’s supervisor, was awarded four years ago.

The aim of the Discovery Award is to motivate researchers to come up with innovations that improve the life and health of patients. Concurrently, it strives to support the quality of Czech healthcare and pharmaceuticals. This prestigious award is granted annually by the international pharmaceutical company, Novartis, to young researchers under 40 who have contributed to an exceptional breakthrough in the fields of medicine and pharmaceuticals.

Support during the Leukaemia Treatment

In the course of the research, which lasted five years, Gabriela Pavlasová and her team studied the regulation and function of a CD20 molecule, which occurs on the surface of all leukaemia B-cells, and it represents a target for monoclonal antibodies used in the treatment of the B-cell malignity. “The molecule is used as a target for monoclonal antibodies that are tied to it and destroy the tumorous cell,” she explains.

Although, the first anti-CD20 monoclonal antibody (rituximab) was approved to be used for treatment of B-cell malignity more than 20 years ago, we do not yet know what the function of the CD20 molecule is, nor what mechanisms of its regulation are.

“We are focusing on the research of CD20, in particular, chronic lymphocytic leukaemia (CLL), which occurs mostly with elderly patients, typically in a very 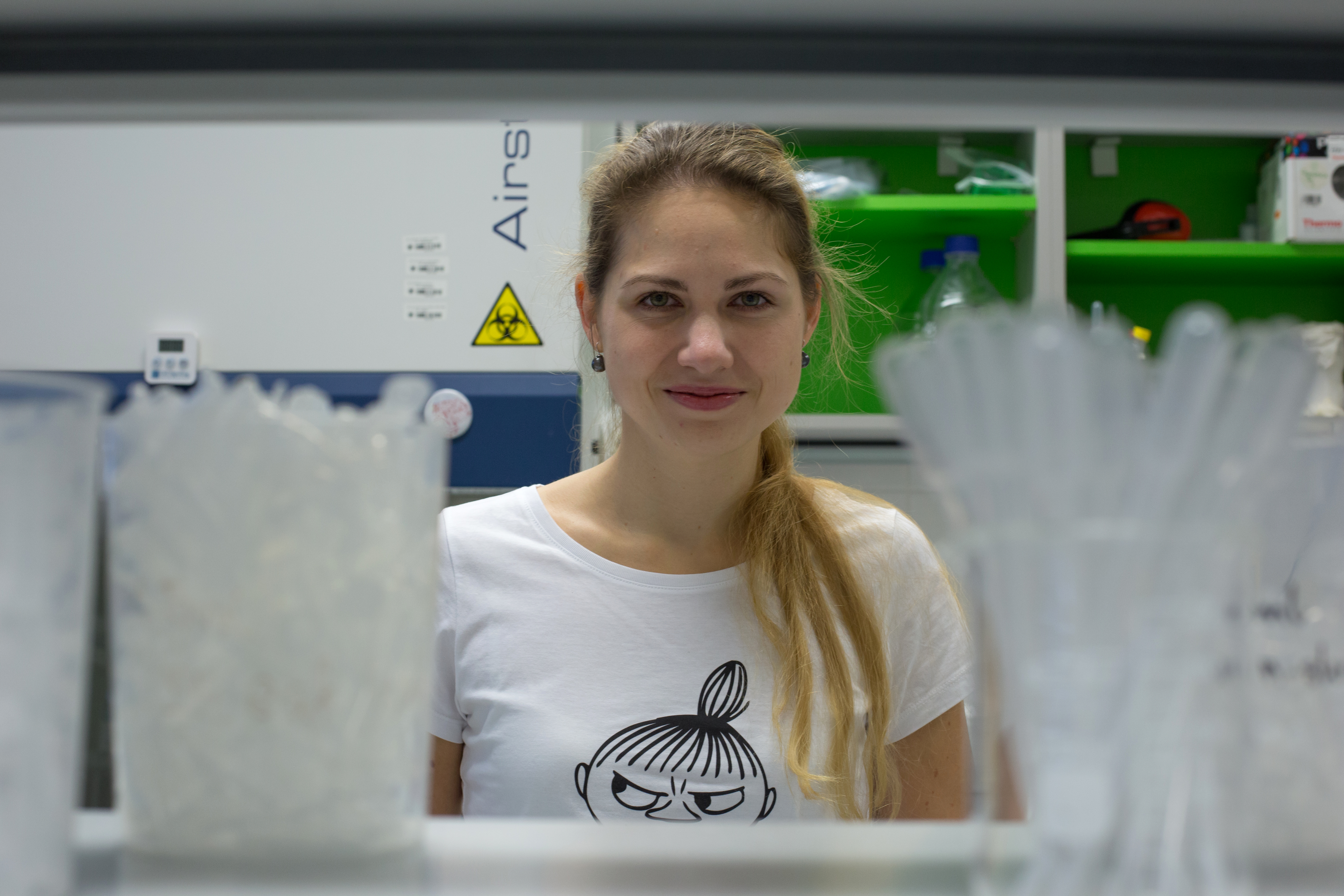 heterogeneous form. Sadly, despite a continual headway in medical treatment, this illness still remains to be incurable. However, we believe that any prospective understanding of the function and mechanism of CD20 regulation is a crucial point for the successful treatment of CLL patients. And in particular, for the development of further new and more effective anti-CD20 monoclonal antibodies, or for their combination with other effective drugs,” describes the young scientist.

CLL is the most common type of leukaemia occurring in the adult population in Western countries (nearly 30% of all types of leukaemia). Two years ago, the CEITEC research team published an article in the prestigious journal Blood, in which the researchers demonstrated that CLL cells have a bigger count of CD20 molecules on their surface in the moment when they are migrating from the lymph nodes to the bloodstream, and they described the mechanism participating in the CD20 regulation within the microenvironment of this type of leukaemia.

In the following article, which was published the last summer by the prestigious journal Leukaemia, they focused on the research of a function that might be performed by CD20 in the microenvironment. They described its role within signalling through B-cell receptor (BCR). Healthy B-cells BCR stimulation is essential for their reproduction in case of infection. However, in tumorous B-cells, an excessive activation of BCR has been discovered, in particular, in the environment of lymph nodes, which is one of the reasons for the aggressiveness of malignant B-cells. Treating antibody rituximab focused on CD20 molecule preferentially eliminates the cells with high CD20 expression, as well as high BCR activity during the treatment of CLL patients. They are regarded as the most aggressive CLL cells. This may be one of the reasons why this antibody is so effective.

The research was carried out at CEITEC labs and in the Department of Internal Medicine, Hematology, and Oncology of the University Hospital Brno (UH Brno) and the Faculty of Medicine, Masaryk University (MED MUNI). Many researchers from various workplaces, Faculty of Medicine as well as doctors from University Hospital Brno, participated in this research. Gabriela Pavlasová is the first author of the two aforementioned ground-breaking publications. Nevertheless, she believes the award belongs to the whole team. “To name some of them, I would like to mention Marek Borský, Veronika Šandová, Michael Doubek, Yvona Brychtová and Jiří Mayer”, she adds.

Currently, the research team continues to examine CD20 at CLL, and they are trying to find out which new medicaments would work best in combination with the anti-CD20 monoclonal antibodies. 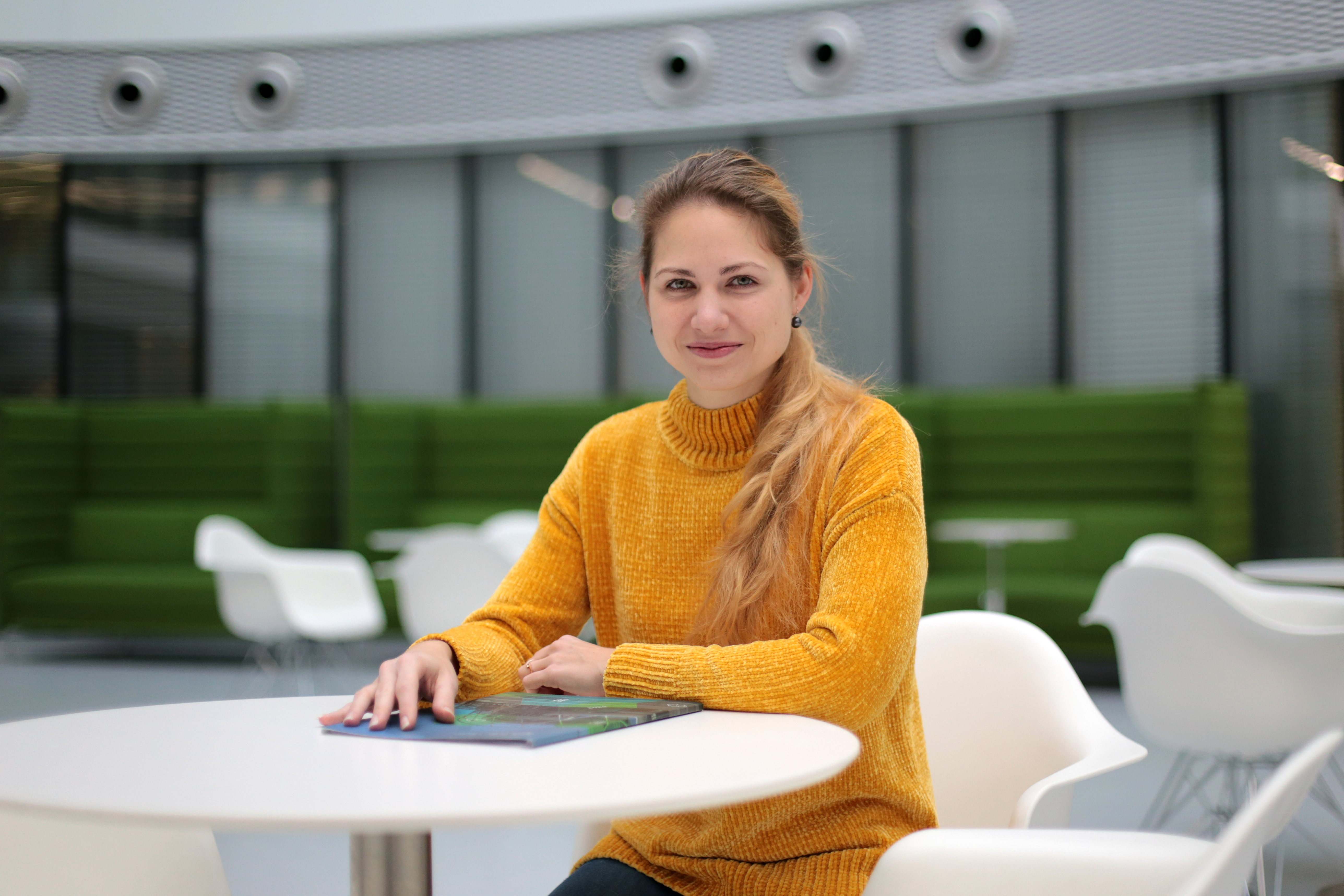 Gabriela graduated from the Faculty of Science, Masaryk University, in the field of Molecular Biology and Genetics. She was working with solid tumours occurring in infants. After she started her doctoral studies at the Faculty of Medicine, Masaryk University, she concentrated on haematology malignity occurring in the adult population. She is working on her dissertation at the Department of Internal Medicine, Hematology, and Oncology of the UH Brno and MED MUNI, and as a team member of the “Microenvironment of Immune Cell”s group, led by Marek Mráz, CEITEC MU.