ProfileAbout UsNews and Press ReleasesI See My Role At CEITEC In Creating Alliances With Companies, Says Jiří Očadlík
About Us

I See My Role At CEITEC In Creating Alliances With Companies, Says Jiří Očadlík

For several years Jiří Očadlík served as the director of the world-famous Brno-based company FEI (now Thermo Fischer Scientific) producing electron microscopes. In October 2017 he joined CEITEC BUT as the Deputy Director for Innovation Strategy. He describes the extent to which the world of industry and the academic sphere differs, and summarizes how he sees it within the context of his new role. 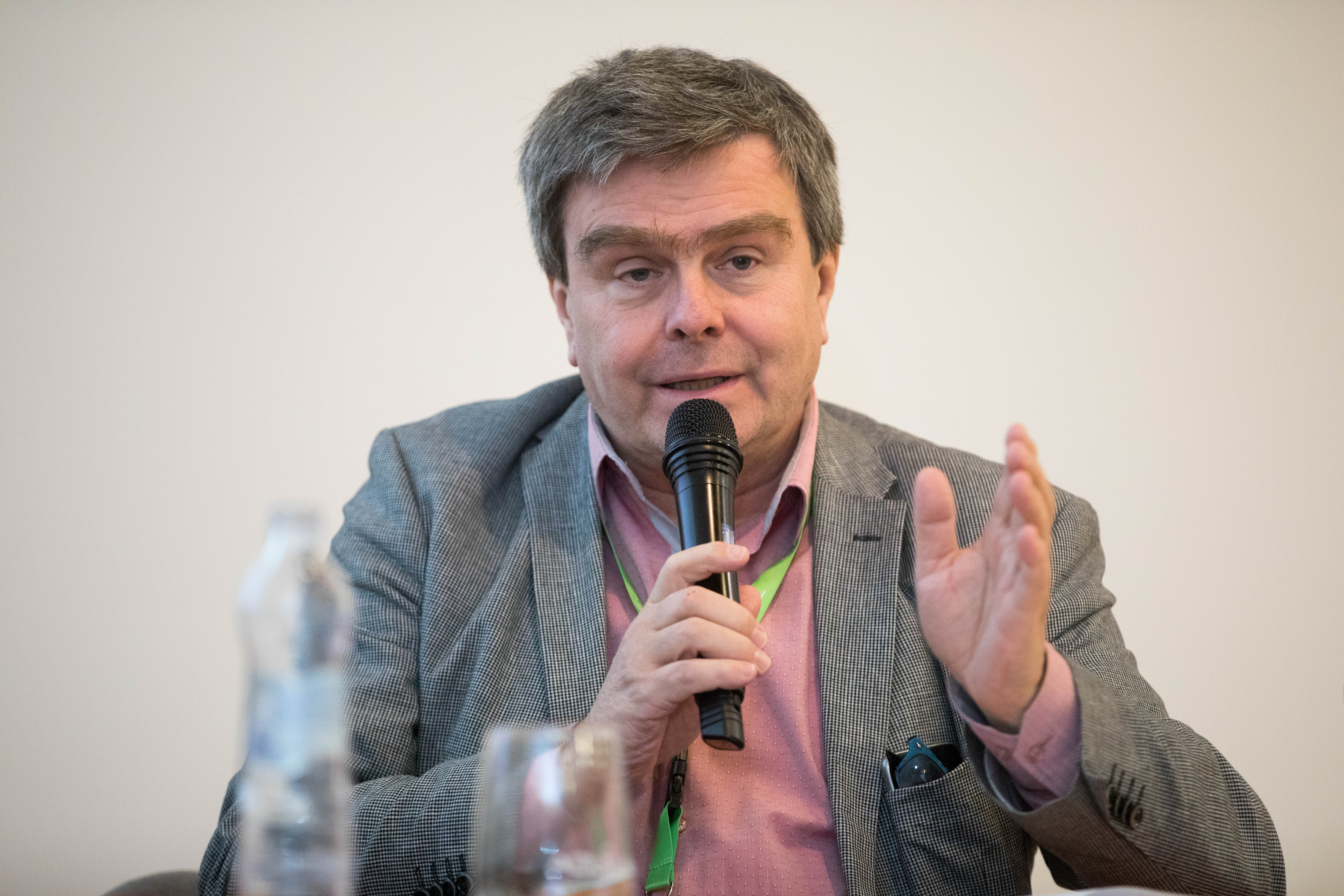 How did you feel about coming into a research centre, and does it differ somewhat diametrically from your previous activity?

The nature of my work varies considerably. Business environments and academic backgrounds have different reasons for their existence due to their very nature. It is no wonder, therefore, that the nature of most employees’ work differs. At first glance, it takes a driving edge. In the company I often heard: "the leader wants it," and the principle of responsibility and leadership cascaded from top to bottom. Behind this is the basic effort to maximize efficiency, interplay, teamwork and speed and accuracy of implementation in line with the management's expectations. The risk is, of course, mistaken management choices or misconceptions that lead to a waste of capacities in large teams.

How does it differ from CEITEC?

At CEITEC, I also came into contact with the principle of so-called academic freedom; the tasks do not cascade from top to bottom, the responsibility for management is mostly directed to the heads of research groups or even smaller parts, and plans and goals are segregated and not managed by the institution's leadership. I think it is above all the effort to involve maximum creativity, and the ability to generate and realize thoughts and ideas.  The risk, of course, is that ideas are implemented that can deviate from the focus of the institution, or which are not at the right level.

If you had to choose, what would be the key differences between the company and CEITEC?

In industry, we set goals and strategies to achieve them. Mostly they were internal. It was necessary to get management approval and to convince them that it is for the good of the company. There, the method was not so important. Here, the large tasks are always associated with external relations; it is at least necessary to ask for the allocation of funds, mostly by the state administration with a number of sometimes incomprehensible formalisms and rules.

It is clear that you can use your previous experience while working for CEITEC; however, is there anything new in your work?

Everything is a bit different and new. I was surprised at how often money is being spent on project and activity financing. We did this in the industry only at the beginning of the nineties. This was partly due to our overall strategy, which ensured that we would have sufficient funds for key activities, and in the times of a downturn in trade we had to merit our consumption and understand the costs.

How do you see the potential of science centres in general?

In our time, teamwork is becoming a way to work with its multiplication factors. I believe this type of cooperation is yet to come to the public research institutes. Moreover, management of projects and processes can add even more dynamics to the ways we do science. The very fact we work in Centres provides the means for better cooperation, and allows us to look at the same problem from different angles. Also, increasingly, public relations and marketing are becoming more and more important. Globalization is playing an increasing role in companies and I can see similar trends in science. To not promote your activities and to wait for somebody to pick up your work is hardly rewarding. Current trends are to give excellent people even more opportunities and responsiblity. This way, we all gain better results, or sometimes even bigger problems. However, I believe in a positive outcome of globalization.

What was your motivation for joining CEITEC?

I wanted to try something new in another area. I'm originally a physicist, and I like exploring new things. At the beginning of my career, at the end of the 1980s, I worked at the Institute for Instrumentation at the Academy of Sciences. Ten years ago, I greatly supported the emergence of CEITEC as a major technology company, and you have to help create the ecosystem around you that will produce new ideas, ideas and solutions. Today, CEITEC is definitely part of such an ecosystem. I was also tempted to connect with some people I have known for a long time or who have a good name. So when I got the offer from CEITEC to help set up cooperation with the industry, I did not hesitate for too long.

Do you think CEITEC has the potential to excel?

Here we are in the field of competition with other centres. So far, I have not noticed one objective reason why we could not stand out extraordinarily. We need to take advantage of our strengths to overcome our shortcomings and focus on progress, not only forward but also figuratively upward. Outstanding results can often arise when extra effort is needed to overcome an extra hurdle, to settle for a modest reward. In the end, our strength is our ability and effort, and to a lesser extent, the conditions we come from. Our brains are our most powerful weapon. It requires a purposeful and sometimes tedious job and patience. I do not believe in instant miracles, but the chance that someone in CEITEC will receive the Nobel Prize in my lifetime is not zero. When we started about a quarter of a century ago, nobody could imagine that our devices would be used by the world's largest computing vendors to develop their chips. Almost everyone has a mobile phone or a laptop with critical parts which have passed through a microscope from Brno.

To what extent is it necessary to produce new ideas and optimize them? In your view, which areas of CEITEC need new ideas and improvements?

In my view, CEITEC is still in its start up phase; it can be compared to a start up company. A number of processes are not finished and the enthusiasm and excitement of a small group of people play a key role. In the future, this could change with the possibility of going either up or down. I believe, we should expect in the near future more cooperation and support. So called soft skills are often underminded and are not actively trained.Support for team leadership and project management is still undeveloped. So-called soft-skills are often underestimated, not grown. For the maximum effect of human activity, it is not only necessary to understand physical or chemical or other technical laws, but also how we humans work, how we interact, how great we are when we are motivated, and what misery we can cause when we are demoted.

How do you personally see your role and mission at CEITEC?

I see my role in helping to work with businesses, creating alliances, and gradually building up cooperation on past achievements. To build cooperation on basic values ​​of mutual benefit: that when I want to receive, I have to know how to give something back. Every day I think about it and I have doubts about the meaning of my work. Simply, in bad times I feel that there is no place for me and I am useless, whereas in better times I can, and I want to, save this world.

He graduated from the Faculty of Mathematics and Physics of Charles University. Immediately after his studies he joined the team of academician Armina Delong, the creator of the first Czech electron microscope. On his recommendation he was admitted to the Institute of Instrumentation, where he participated in the development and improvement of electron lithographs and microscopes. After the break-up of Tesla Brno, the state-owned company co-founded Delmi in 1992, followed by Philips Electron Optics and the FEI Company. He has worked for 24 years as CEO and Managing Director of FEI Czech Republic s.r.o., now part of Thermo Fisher Scientific, until last year. Since 2017 he has been working at CEITEC BUT as Deputy Director for Innovation Strategy.