What attracts attention when entering the Central European Institute of Technology (CEITEC, in its acronym in English), the Czech research center dedicated to life sciences, is both the modernity of the building, and the prevailing calm and the professionalism of the interviewers. CEITEC was built in 2014 on the campus of Masaryk University, located in Brno (Czech Republic), funded with 200 million euros by the European Regional Development Fund. Within the framework of this trip funded by the European Parliament, we have met a dozen of its researchers, most of whom have already done research abroad, mainly in the United States.

See the video below. 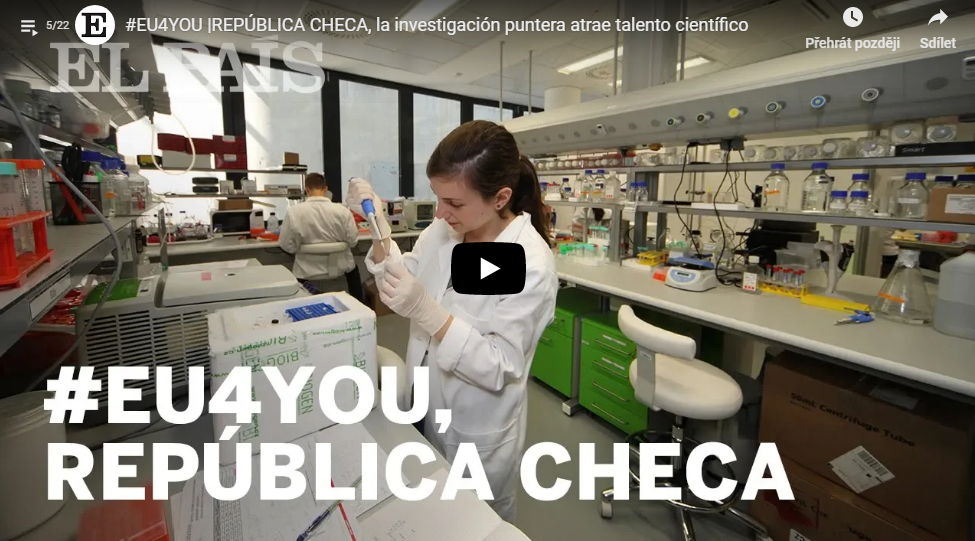 These young biologists, chemists and virologists intend to contribute to making scientific research, especially for medical purposes, progress in the world. Will they succeed? It is not known. However, the important financial resources granted by the European institutions, especially in the form of structural funds, should help them. Thanks to the money received, the University has been able to acquire, for more than five million euros, the Titan Krios, the most powerful microscope in the world, which allows for the observation of samples at the atomic level; and also a novel spectroscope, capable of exploiting the magnetic properties of some atomic nuclei.

Pavel Plevka, 40, is one of the scientists who habitually uses this cutting-edge equipment. He is the star of the faculty and of all its 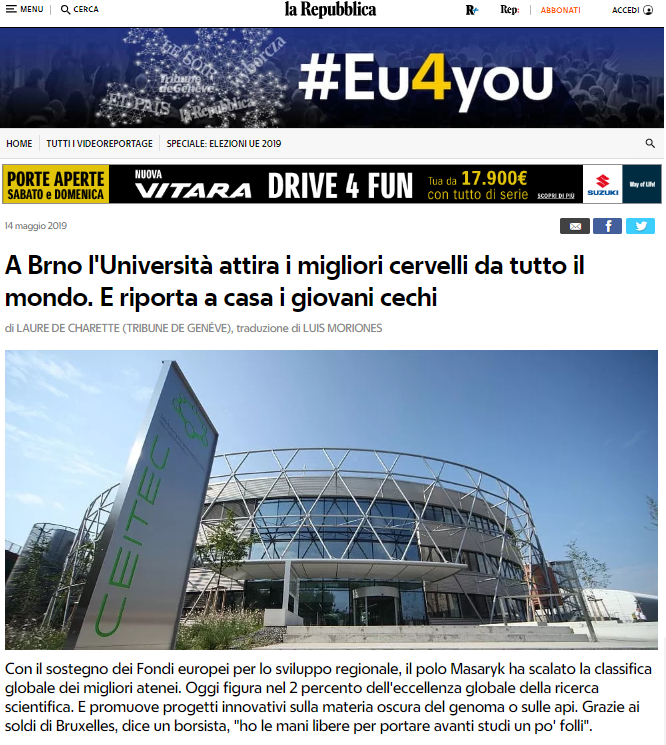 laboratories, mainly because in 2013, he won one of the most prestigious scholarships in the world, called Starting Grant, awarded by the European Research Council (ERC). It is only granted to projects that have the potential to make human knowledge progress in a fundamental way. Plevka will receive two million euros over five years to investigate human picornaviruses, responsible for infections of the upper respiratory tract (sinusitis, pharyngitis, otitis) or low (pneumonia, bronchiolitis).

Plevka, a sober man who perfectly masters his gestures and words, explains how  CEITEC has gained its competitiveness over the years, mainly thanks to European aid, although a malicious laugh escapes him when he thinks of the idea that the research center will one day be the world‘s number one. His partner Richard Štefl, who has also obtained an ERC grant, deciphers the black matter of the genome to better understand our DNA. The European funding allows him, he says, to have his "hands free to carry out projects that are a bit crazy."

Therefore, the university, which bears the name of Tomáš Masaryk, a philosopher who was the first president of Czechoslovakia, is about to leave the limbo of the investigation. It is already one of the 600 best universities in the world, according to the latest reference classification carried out by the British magazine, Times Higher Education, which places it among the top 2% of the best universities in the world. It has risen little by little each year in this classification, and this year, for the first time, it entered the top 200 in three different fields: environmental, agronomic, and veterinary sciences. "And 40% of our researchers are foreigners, whereas before, there were none. Now we are able to attract brains from all over the world," says Petr Dvořák, the vice rector for research of the University.

The fact is that Masaryk University still has a way to go to compete directly with the best institutions in the world, especially American ones, which are financed with billions of dollars by private companies. However, its researchers were the discoverers of the process in which the virus responsible for the disturbing decrease in the number of bees in the world in recent years has attacked the colonies. They were also the first to find out how the cervical vertebrae are formed, after three years of collaboration with the Pasteur Institute. This is probably just the beginning.

Other media where you can find this article: