ProfileAbout UsNews and Press ReleasesInterview: Professor Radim Chmelík about the City of Brno Prize 2017
About Us

Interview: Professor Radim Chmelík about the City of Brno Prize 2017

Among the fifteen personalities who were awarded the Brno City Prize in 2017 this year were two laureates from the Brno technique: Radim Chmelík in the category of technical sciences and Jiří Oplatek in the field of architecture and urbanism. 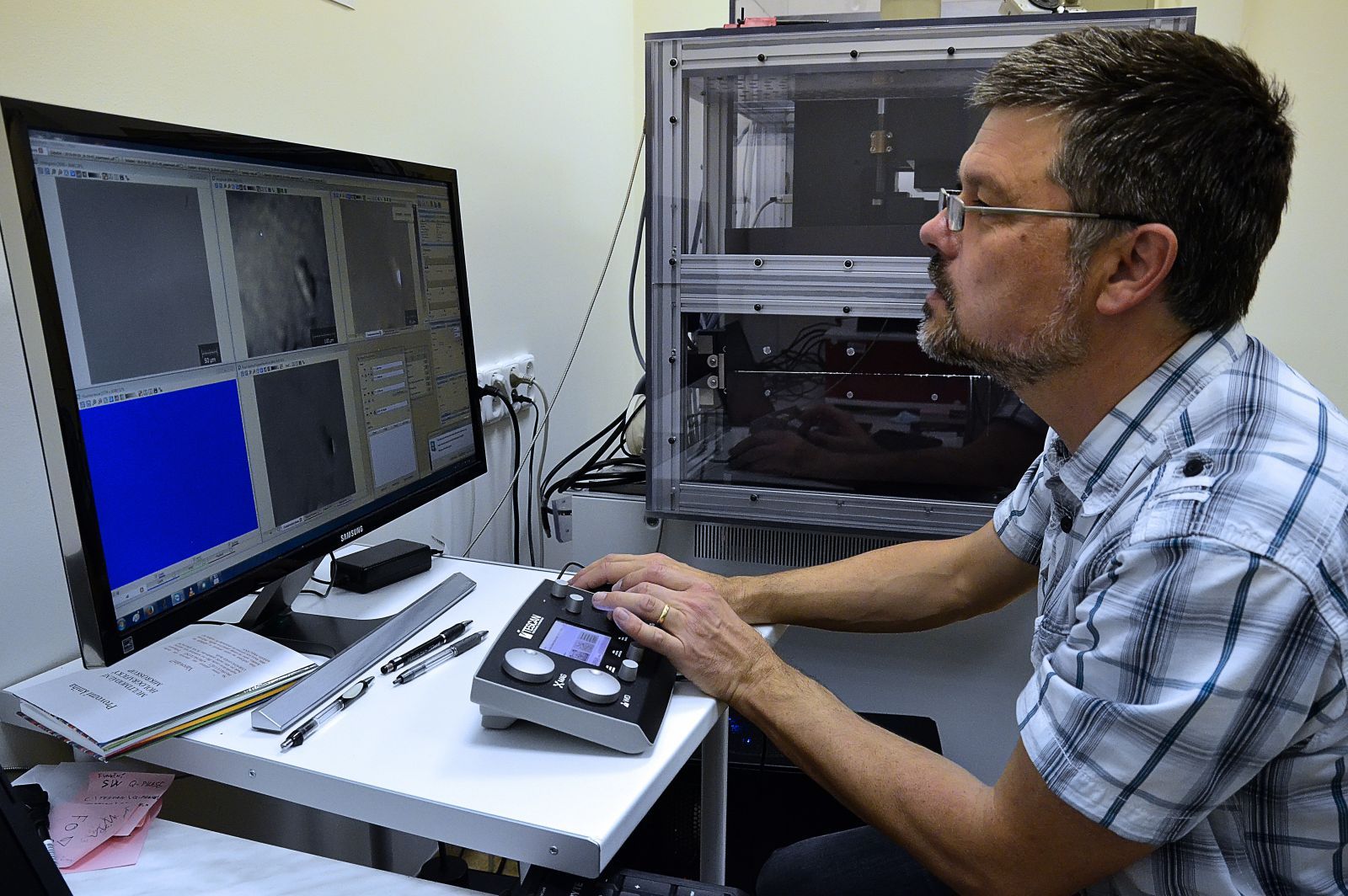 Radim Chmelík Radim Chmelík currently works as a professor at the Institute of Physical Engineering of the Faculty of Mechanical Engineering and CEITEC BUT, but he also lectures at the Faculty of Medicine of Masaryk University. He brings his scientific knowledge into practice and works with several leading high-tech companies. As an author or co-author, he has created more than 50 professional publications, particularly in the field of optics, as well as modern nanotechnologies and thin films. He is co-author of nine patents in the field of optics and 3D imaging methods. He has educated dozens of successful graduates as part of his pedagogical work and has also initiated close scientific and educational cooperation with European and American universities, enabling our students to have educational stays. The Brno City Prize was awarded for his multimodal holographic microscope, which can help with cancer treatment in the future, and has already received the Czech Headline Award. He has been working for fifteen years to develop a unique microscope and is still trying to improve it.

Radim Chmelík leads the research group Experimental Biophotonics at CEITEC BUT and the representatives of the city appreciated, among other things, his share in the construction of this scientific center.

On Tuesday, January 30, 2018, fifteen Brno personalities took over Brno City Prize in 2017. Radim Chmelík from the Faculty of Mechanical Engineering…