Home About Us News Interview with Mary O´Connell for The RNA Society: You will have your ups-and-downs…

News
Interview with Mary O´Connell for The RNA Society: You will have your ups-and-downs…

Mary O'Connell, a member of The RNA Society and group leader of the research group ERA Chair - RNA and Immunity at CEITEC, provided an interview within RNA Spotlight Series.

You can find out what is her favorite moment at an annual meeting and key advice for achieving scientific success. 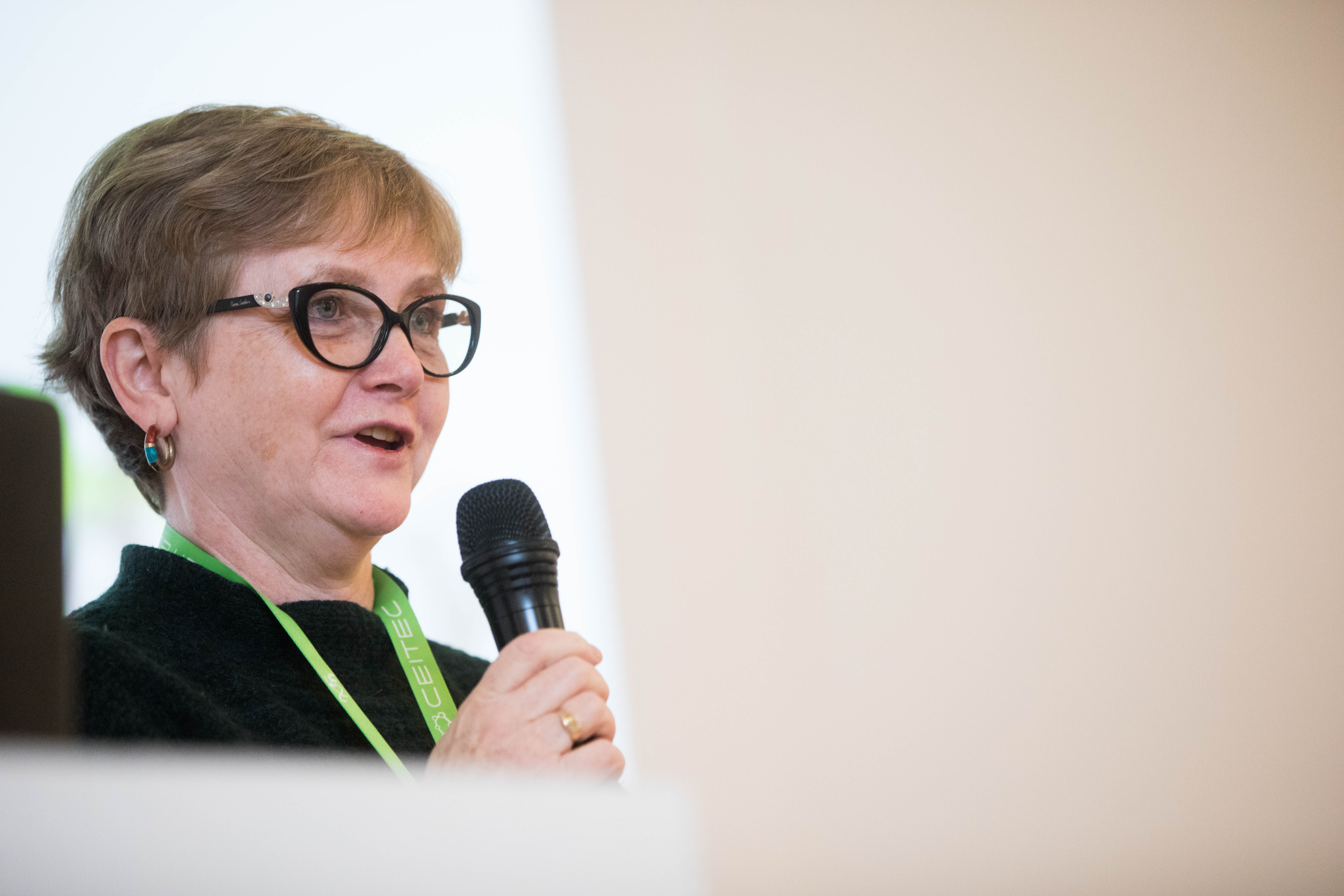 Dr. Mary Anne O´Connell was born in Ireland where she obtained a Bachelor of Science (Hons) degree in Microbiology at the University College Galway. She then moved Stateside and obtained both a Master of Science degree and Ph.D. in Molecular Biology at the Albert Einstein College of Medicine under the supervision of Prof. Lucy Shapiro. Dr. O´Connell is currently the European Research Area Chair in RNA and Immunity at the Central European Institute of Technology (CEITEC) located in Brno, Czech Republic. Previously, she held appointments as Instructor at the Department of Cellular Biology at the University of Basel, Group Leader at the Medical Research Council Human Genetics Unit, Edinburgh, and, more recently, as a Visiting Professor at Stockholm University. Dr. O´Connell focuses on RNA editing, particularly the conversion of adenosine to inosine. Because the cell machinery reads the converted adenosine as a guanosine, a modified RNA often has a different fate than its unmodified counterpart.

Dr. O´Connell is a pioneer in studies of the adenosine deaminases that act on RNA (ADAR) enzymes. But her entry into the field was by chance. As a postdoctoral fellow with Dr. Walter Keller (University of Basel), she wanted to continue working on RNA and viruses, and so she took on a project to purify the RNA editing activity that could edit viral RNA—“this was the closest I could find to what I was interested in.” The project led her first purify and subsequently to clone the gene encoding human ADAR1 and set her path. She later found out that others had turned down the project, but she said, “it was my lucky day.”

Dr. O´Connell’s current research centers on the biological role of RNA modifications and the huge diversity in RNA modifications that affect the fate of transcripts in a cell-specific manner. Her group use mouse and Drosophila as model organisms to investigate the regulation of ADAR as well as the effects of gain- or loss-of-function of ADAR proteins in vivo. Recently, her lab demonstrated the key role RNA editing has in humans, showing that mutations in ADAR1 can cause an inherited encephalopathy known as Aicardi-Goutières syndrome. Even now, though, much about RNA modification remains unknown, and Dr. O’Connell wants to understand the “diversity and abundance of the modifications that occur both in mRNAs and non-coding RNAs.”

“You will have your ups-and-downs… but grit your teeth, because things will improve.”

Being in scientific vanguard has had a price. Dr. O´Connell reflects that publishing novel research findings has been a major challenge. “It hurts when others publish after you, with similar results, in journals that previously turned you down”, she said. It is perhaps unsurprising that her main piece of advice for a successful career in research is one of persistence. “A career in science is like a marathon not a 100-meter dash”, she said, “You will have your ups-and-downs, sometimes it is painful and you want to stop, but grit your teeth, because things will improve.” Just as important is a lab-lesson she took from her post-doctoral mentor: “if you prove your hypothesis by two completely independent methods, you can be confident that you are correct.”

An ever-active member of the RNA Society, Dr. O’Connell served as Secretary/Treasurer between 2011-2014. She treasures her fellow RNA scientists, who have, over the years, become friends. “Be kind and considerate to your colleagues as you will be repaid a thousand times-over,” she said, before relaying her favorite story from the annual meetings. “I remember once at the Society meeting in Banff. We were all crowded into an afternoon session and some hiker sat in the audience and, during the question time after a talk, he addressed us and said we were a strange group of people to be sitting in a room, anxious about our work, and that we should go out and enjoy the beautiful nature that surrounded us.”

Dr. Mary O´Connell’s favorite RNA is “modified (of course!)” and her research group can be found at www.ceitec.eu/ceitec-mu/era-chair-rna-and-immunity-mary-o-connell/rg112.