Lukáš Flajšman, a recent graduate of the doctoral programme at CEITEC BUT, devoted his dissertation to the development of a new material system for data transmission and processing using spin waves with ultra-low energy consumption. For his work, he has now received the Josef Hlávka Award, which recognizes students who have demonstrated exceptional skills and creative thinking in their field during their studies. 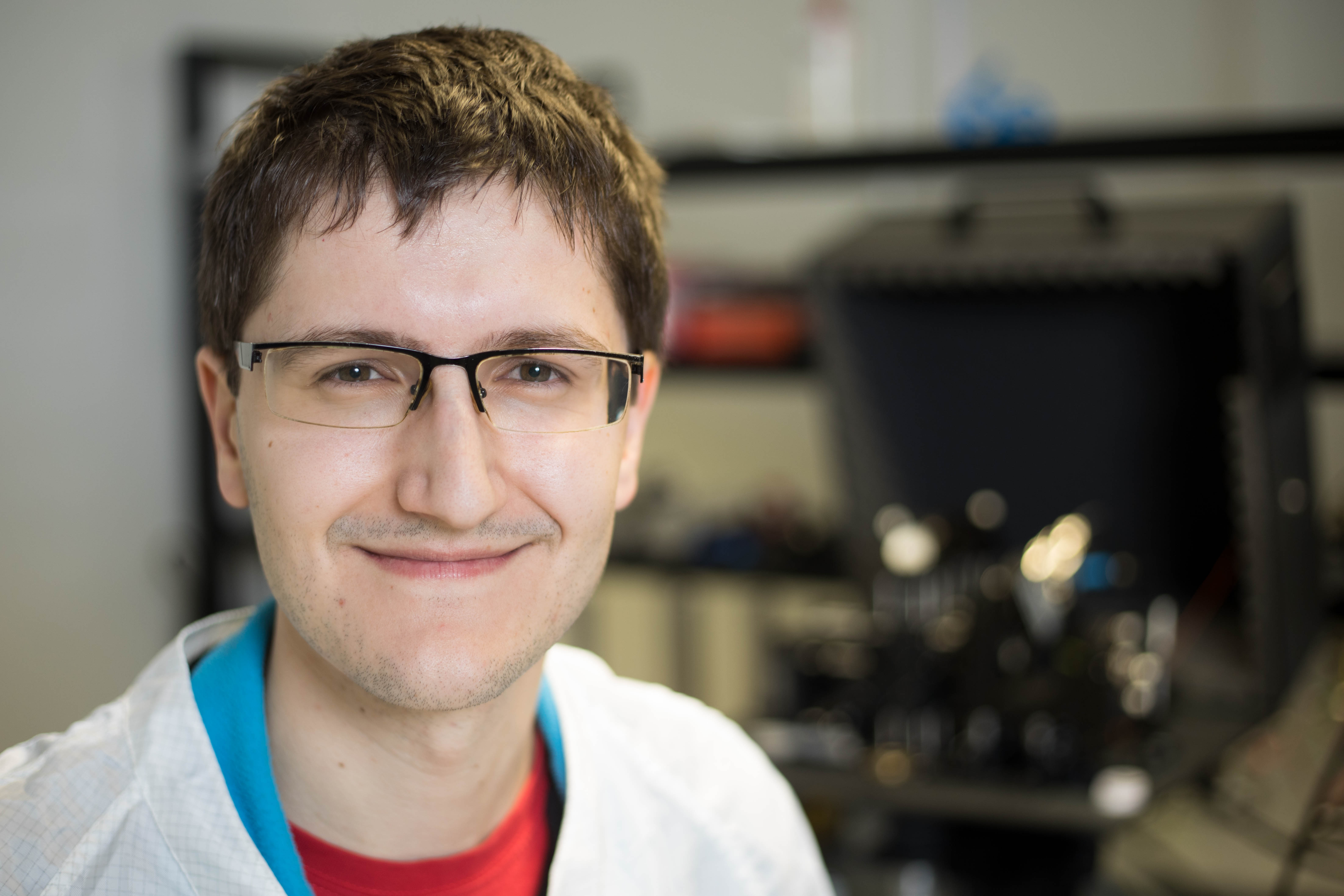 Lukáš Flajšman's scientific journey is based on a unique material system developed under the guidance of Professor Peter Varga at TU Wien. Based on his findings, Lukáš, together with his second supervisor Michal Urbánek, identified the potential of a new material system for the production of magnetic nanostructures. This resulted in cooperation on further research and the award of a joint grant between CEITEC BUT and the aforementioned TU Wien.

The dissertation of the award-winning researcher currently working at Aalto University in Finland included, among other things, the development of measurement methods for characterizing magnetization dynamics in the gigahertz frequency band and finding out how ion beam rasterization can change the magnetic properties of a material. A great discovery is also the demonstration of the possibility of creating magnetic structures with a size of 50 nanometers, which corresponds to the best results that scientists in the world are able to achieve. However, it should be added that Lukáš managed to achieve this in a relatively elegant and much less complicated way.

He did not hesitate to further investigate the possibilities of the unique material and began cooperating with the Helmholtz Zentrum Dresden Rossendorf research laboratory in Germany. There he learned to characterize spin waves using the so-called Brillouin light scattering, which he subsequently implemented in Brno laboratories. The results of this international collaboration were published by researchers in a joint publication, which opened up new possibilities for the creation of a large number of devices based on the transmission and processing of spin waves, which were previously considered unfeasible.

Thanks to his research, Lukáš Flajšman at CEITEC BUT has become one of the pioneers of a new scientific field called magnonics, which deals with the physics of spin waves and promises a new approach in the field of computer technology and microwave signal processing.

"We have known Lukáš since 2010, when we met him as a young, talented student during lectures and exams in the subject of Physics, in which he achieved excellent results. His doctoral thesis is very extensive, but corresponds to only a small part of the total work he did during his studies. He has always willingly and selflessly helped other colleagues in solving their scientific projects and in building laboratories and setting up experiments, both at CEITEC and other workplaces in the Czech Republic and abroad,"  say his supervisors Jiří Spousta and Michal Urbánek.

In addition to the impressive results already mentioned, Lukáš Flajšman was involved in several other scientific projects during his studies, established international cooperation, led teaching, and was also one of the enthusiastic popularizers of science.

"Czech and world science needs more people like Lukáš. Such a combination of scientific excellence, engineering invention, communication skills and cooperation as well as a willingness to pass on the acquired knowledge to younger colleagues and those interested in science is generally very rare," concludes Radimír Vrba, Director of CEITEC BUT.

Lukáš Flajšman was awarded the Josef Hlávka Prize for the first time in 2015. Other holders of this award at CEITEC BUT include Dominika Kalasová, who received it last year.