Marek Mraz has been appointed as a new member of the European Affairs Committee of the European Hematology Association (EHA). The committee is comprised of 10 members, and its aim is to represent and promote the interests of hematology and hematologists by engaging with EU institutions and other relevant stakeholders. Marek Mraz will herewith continue with his long-term efforts to raise awareness of hematology as a distinct medical discipline with its specifics. Furthermore, he will focus on the development of the concept of hematologial research and its financing, as well as the involvement and support of young hematologists. For the first time in the history of EHA, such a position is being held by a Czech expert. Other members of the European Affairs Committee are former and current presidents of the EHA, as well as other well-known experts in hematology. 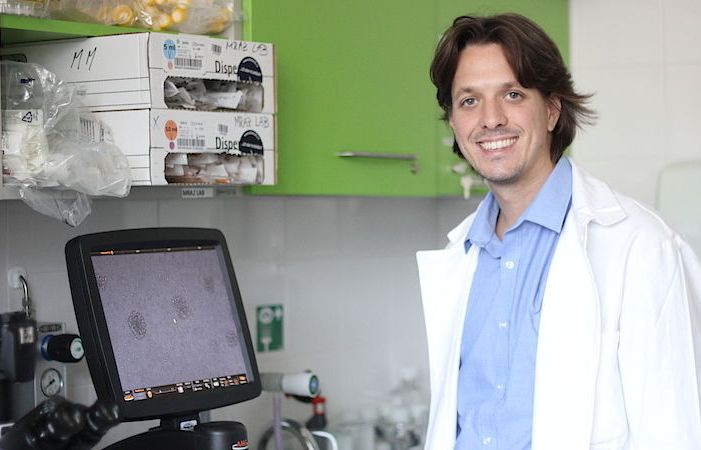 The European Affairs Committee serves as an advisory body to the EHA Board and works closely with the EHA Office and other EHA Committees. The European Hematology Association promotes excellence in patient care, research, and education in hematology. With more than 5,000 members from 100 countries worldwide, the EHA is the largest European-based organisation that caters to all medical professionals, researchers, and scientists with an active interest in hematology. The organisation supports hematologists worldwide in their career development and research, assists with the harmonisation of hematology education, and advocates for hematologists and hematology.

Associate Professor Marek Mraz studies blood cancers, especially chronic lymphocytic leukaemia and B cell lymphomas, and the possibilities for their treatments. His main workplaces are the Department of Internal medicine, Haematology and Oncology at the University Hospital Brno, and CEITEC at Masaryk University in Brno, where he leads a research group. He conducted his post-doctoral work in the United States, and has received multiple scientific awards. He has published more than 40 scientific papers and obtained a patent for a method used to predict patient responses to therapy. He was awarded by the President of the Czech Science Foundation (GACR) for the best project funded by this agency, and in 2018, received the prestigious ERC Starting grant.

Marek Mraz Discusses the Involvement of Young Haematologists in the EHA

We are happy to share the interview in the European Medical Journal with a doctor Marek Mraz, Research Group Leader at…