Home About Us News Marek Mráz received prestigious ERC starting grant. He will focus on leukemia 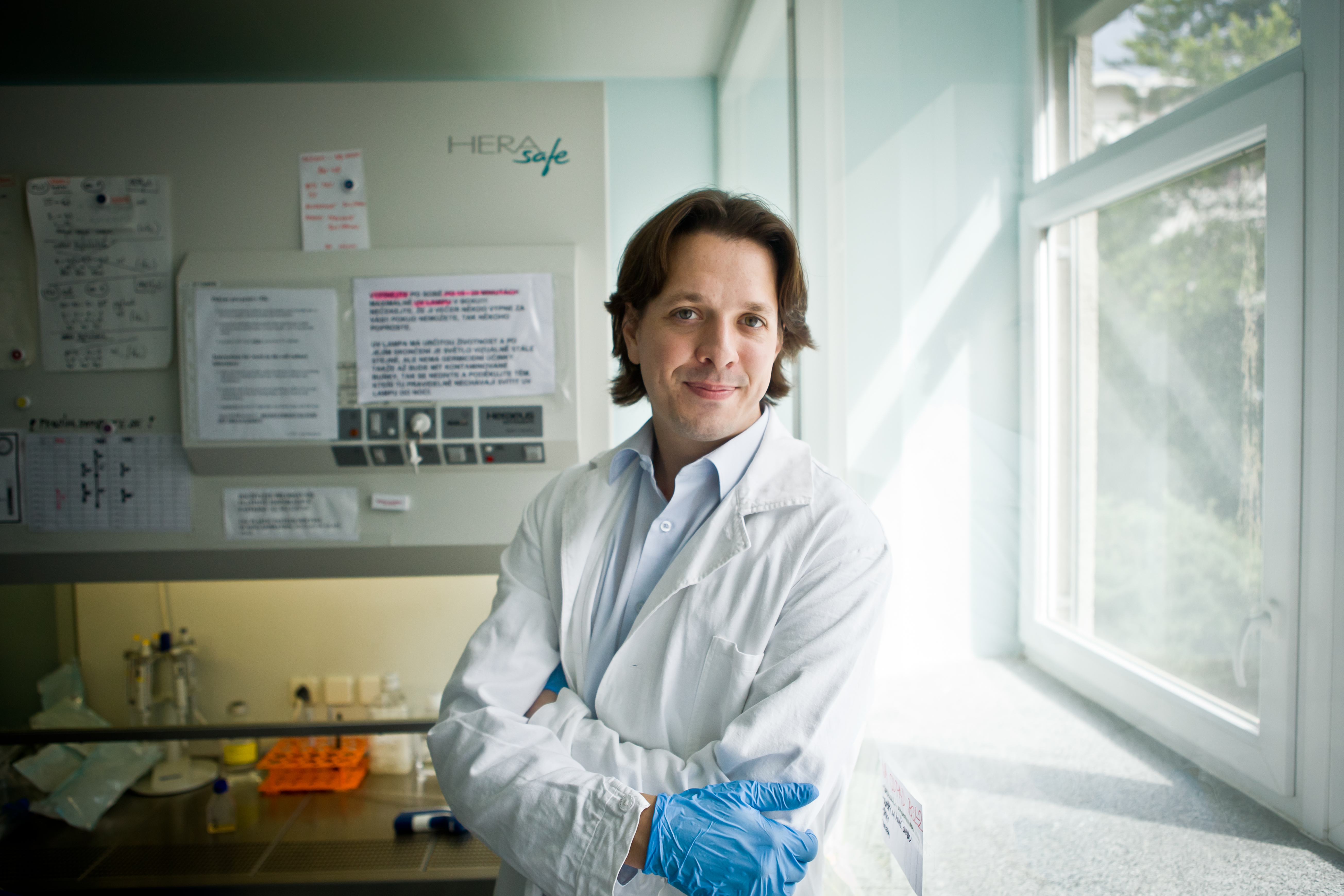 Press release, Brno, 27 July 2018; Marek Mráz, a researcher working at CEITEC Masaryk University (MU) has achieved a great success. He has obtained great news that his project was very successful, and as the fifth most successful researcher at CEITEC he was awarded a European Research Council (ERC) starting grant, which is regarded to be a very prestigious award in the scientific community. In the following years, Marek and his team will be able to focus on intensive research on the origins and cure of chronic lymphocyte leukaemia, the most frequent type of leukaemia occurring in adults.

Thanks to the grant 37 million Czech Crowns, the researchers will be able to explore details of the mechanisms responsible for illness development for the next five years. They will strive to utilize the findings about molecule interactions leading to suggestions for more effective therapy; and they would also like to develop a mouse model which will be used as a tool to test new medications. Marek said: “About half of the financial support that we have obtained will be used to cover experiments and material, and the other half will cover the team’s personnel costs”.

Obtaining the grant represents a significant milestone in Marek’s scientific career, which has been promising since its very beginning.  As a post-graduate student Marek received an award from the Minister of Education which is awarded to exceptional postgrads; in 2014 he received an award by the European Haematology Association, and in 2015 he won an award for the most significant scientific publication of the year from the Czech Oncology Association. Despite being only 34 years old, Marek is a leader of his own research group; he has conducted post-doctoral research at Mayo Clinic, USA, and the University of California, San Diego.

Jiří Nantl, the Director of CEITEC MU added: “Obtaining the third ERC grant for CEITEC MU, which is the fifth grant within the whole CEITEC consortium, proves that the investment which came to Brno has been appraised. Utilizing the European Union funds, we have built up one of the best equipped research centres in Europe here. We manage to create a work environment able to attract and keep the best researchers.”

This great achievement in the ERC grant competition is still an exceptional event in the Czech Republic. The grant has been awarded by the European Research Council in several categories since 2007, and Czech researchers have received 30 grants so far. It is very difficult to meet the tough demands set by the Council. Marek has also been successful thanks to a special university programme in which he participated.

Marek Mráz is only the fifth researcher at CEITEC who did well in this competition and obtained the funding. Before his achievement, Pavel Plevka, Structure Biology Researcher, succeeded with his project of human picornaviruses study in 2013. And just two years later Richard Štefl obtained a grant to research the so-called dark mass of genome. And finally, last year was successful for Petr Neugebauer and Vojtěch Adam, CEITEC BUT, who were also awarded an ERC start-up grant.