Home About Us News Markus Dettenhofer: Critical Mass of Skills is the Key to Plugging Europe’s Research Gap 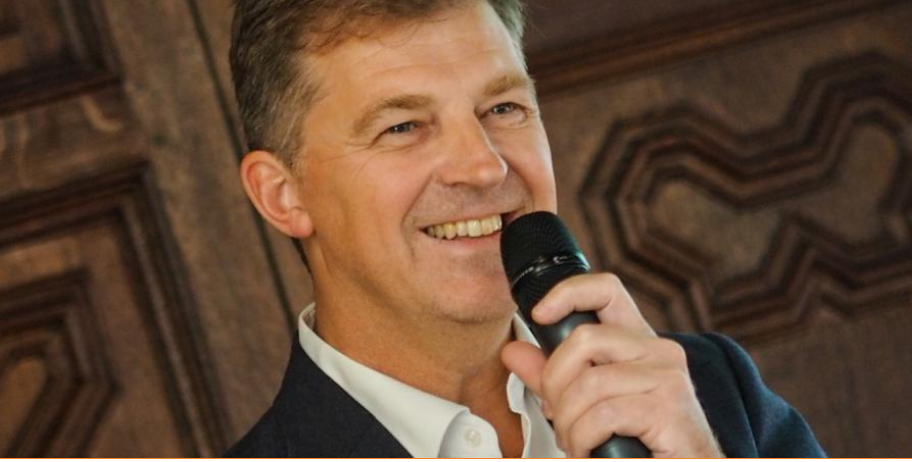 Markus Dettenhofer, executive director of the Central European Institute of Technology, expressed his views about needs to attract and retain talent to east of Europe for Science|Business.

Europe’s peripheral regions have not been as successful as longer-standing core members in competing for grant awards under the European Commission’s framework programmes. But the current debate over whether to address this by bolstering existing tracks for Eastern Europe, or even creating new programmes earmarked to subsidize the areas that are lagging, has lost sight of what should be the core objective - of raising standards in these regions.

Of course, finance is critical, and these regions need access to funding for research and innovation. Building up research infrastructure through the European Regional Development Fund is also a key part of the jigsaw. But boosting investment in regions that lack the expertise to put the funding to work is misguided.

For me, building a critical mass of skills should be at the core of the discussion on how to bridge Europe’s east-west and north-south research gap.

Higher salaries have been touted as the way to recruit talented people. But if a scientist is interested in moving to a different institution to establish her or his laboratory, many other factors come into play.

Would an ambitious scientist take a position because the equipment and/or infrastructure is outstanding and expensive, if they are going to be working in a setting where there are few colleagues with whom to exchange ideas, or under institutional regulations which limit their creative activity?

If you build it, will they come?

It does not follow that because there is an investment in infrastructure, a critical mass of skills will emerge. Apart from a shiny new building, scientist recruits will be looking for an organization that has transparent hiring conditions, guidelines for financial allocation, access to trained support staff, and clear performance expectations that will entice further talented scientists to follow.

In short, it is necessary to create the right culture, which is underpinned by proper governance structures. It calls for a transition from ad-hoc handled arrangements based on familiar networks, or a culture rooted in informal verbal agreements, to accepted institutional standards.

At the heart of the persistent gap in European research is not a lack of talent in the EU-13, but the inability to foster a culture of creativity in which talented scientists can reach their full potential. There is a need for institutional settings which understand what an open scientific culture looks and feels like.

Programmes within the Spreading Excellence and Widening Participation were designed to address Europe’s research gap, but they should do more and allocate more funding to support institutional reforms.

There should be a focus on putting institutions in the EU-13 and peripheral regions of Europe on a path to qualitative management, so that they can build a critical mass of scientists in specific fields. Attention should be given to cataloguing the stages of development within an institution. As the institution reaches specific transitional milestones, such as adoption of regular external peer review, securing international funding awards, and recruiting foreign faculty, it will need to develop operational processes to support these practices. This will not happen by itself, it will need the support of external organisations, including the national governments, EC, and international experts with experience in these matters.

Improving governance will drive progression to European normative practices. That is essential - institutions which limit outside influence do not constitute a setting in which critical mass can thrive.

Recruiting a world-class scientist to an institution that does not have transparent financing, or sufficiently-trained support staff, leads, at a minimum, to disappointment for both parties. At worst, it could lead to further conflict and erosion of trust and goodwill within the cross-border scientific community.

Markers on the route to transition start with outward mobility of personnel, followed by international collaborations, inward mobility and scientific exchange on a temporary basis. The more advanced stages encompass the permeability to allow outside ideas and practices to take root, and where experienced personnel make significant contributions to the culture and processes within the institution.

For me, more emphasis should be placed on evaluating the conditions which support the formation of a critical mass of skills. Characterising the stages of transition as listed above, and verifying they have been translated to actual on-the-ground practices within an institution, could be used as prerequisites for targeted funding opportunities.

The openness to external influences and practices of an institution will impact its level and pace of change. No two institutions are identical, and it cannot be expected that the pace of change within one national context will be a predictor within another country. Nevertheless, a deeper understanding of institutional dynamics of scientific research and the mechanisms which support strong RD&I performance should be considered in funding criteria.

The conditions for critical mass formation should be the basis for targeted funding under EU’s  Spreading Excellence and Widening Participation programmes, and the European Regional Development Fund for research infrastructures.

Understanding the institutional settings that create the conditions for fostering a critical mass of skills needs to be addressed for the gap in European research to close.