Brain researcher Klara Mareckova from the Milan Brazdil’s Research Group discovered that maternal depressive symptoms during pregnancy are associated with atypical aging of the offspring’s brain. This, in turn, is associated with more anxiety and dysregulated mood in young adulthood. This interesting study developed as a collaboration between Czech researchers from CEITEC Masaryk University in Brno and Canadian researchers from the Centre for Addiction and Mental Health in Toronto, and was published in the February 2020 issue of the Oxford academic journal, Cerebral Cortex. 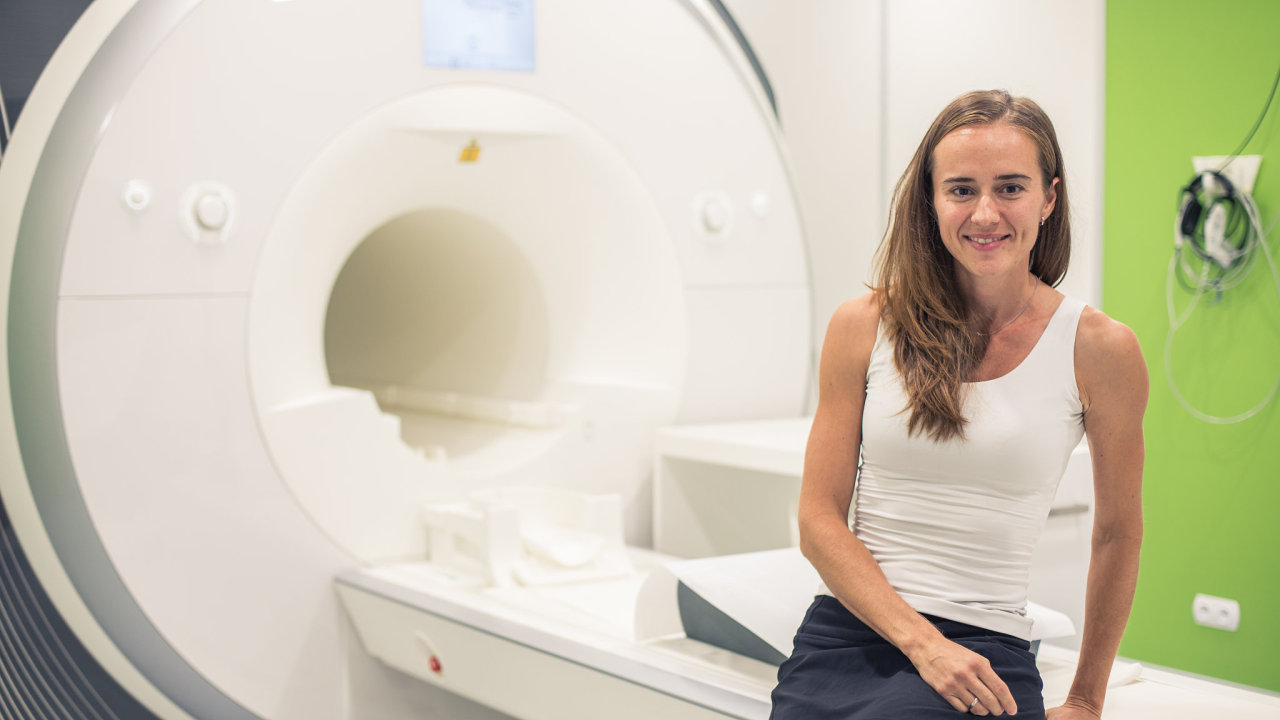 The research team showed that higher exposure to maternal depressive symptoms in utero was associated with accelerated aging of the offspring’s brain. Further, they demonstrated that both high and low structural brain age was associated with more symptoms of anxiety and dysregulated mood in young adulthood, suggesting that both faster and slower maturation of the brain might be seen as potential risk factors for mood pathology. Finally, the team showed that in the former case, accelerated brain aging mediates an indirect link between in utero exposure to maternal depression and more depressive symptomatology in young adulthood.

These findings are of primary importance because up to 40% of women struggle with symptoms of depression during their pregnancies, making maternal depression one of the most common prenatal complications. Since prenatal brain development is critical for shaping the lifelong trajectories of structural and functional brain change, and is associated with the risk of neuropsychiatric disorders, a better understanding of the impact of maternal depression during pregnancy on the symptoms of anxiety and depression in the offspring is needed.

Mareckova and her colleagues’ findings confirm that the impact of prenatal exposure to maternal depression on the offspring’s health can be long-lasting and reveal a potential novel brain mechanism that may mediate these long-term effects. Their current results provide valuable clues to how early-life risk factors may translate into susceptibility to neuropsychiatric illness in adulthood. This novel insight can stimulate further research on this topic, as well as ongoing efforts towards much-needed early individualised intervention and prevention strategies.

The path to discovery

Maternal depression during pregnancy is associated with symptoms of anxiety and depression in the offspring, but the mechanisms underlying this link have not been very well understood. “Based on previous research that suggested the existence of shared biological pathways between depression and aging, and showed thatdepression might be related to accelerated molecular aging, we hypothesised that the link between maternal depression during pregnancy and anxiety and depressive symptoms in the offspring might be, at least in part, explained by deviations from the normative developmental trajectories of the brain,” explained Klara Mareckova, the first author of the study.

Since the brain changes structurally with age, the research team could rely on large datasets to model age-related changes in the brain structure. In this case, the scientists used a Neuroanatomical Age Prediction (NAPR) model, which is based on MRI data from thousands of individuals aged 6-89 years old, to estimate the brain age of young adults from a Czech prenatal birth cohort. Members of this birth cohort were born between 1991-1992 and researchers have followed them up for more than 20 years, including also structural magnetic resonance imaging assessments at the age of 23/24.

The researchers witnessed that not everyone’s brain ages at the same rate. While some people experience delayed brain maturation, others experience premature brain maturation. “When we calculated the brain age of our participants, we noticed that while their chronological age was 23 to 24 years old, their brain age ranged from 14 to 41, and thus, their brain age gap (which is calculated as the difference between the brain age and chronological age) spanned from -10 to +20 years,” explained Mareckova.

Consequently, the researchers assessed the relationship between maternal depressive symptoms during pregnancy, the brain age gap, and symptomatology in young adulthood. This showed that individuals with greater deviations from age-normative development, both positive and negative, experienced more symptoms of anxiety and dysregulated mood. More complex modelling using moderated mediation then revealed that in individuals with a brain age gap in the positive direction (i.e., higher brain age than chronological age), the brain age gap mediated the relationship between maternal depression during pregnancy and anxiety and dysregulated mood in young adulthood.

The researchers would like to thank all of the ELSPAC participants for their long-term commitment to the study and their interest in our neuroimaging follow-up at CEITEC MU. These breakthroughs wouldn’t be possible without them.

Stress in pregnancy may lead to more susceptibility of children to depression, Klára Marečková from CEITEC Masaryk University discovered. More…

Klára Marečková: Stress at work? Maybe you just have to sleep well.