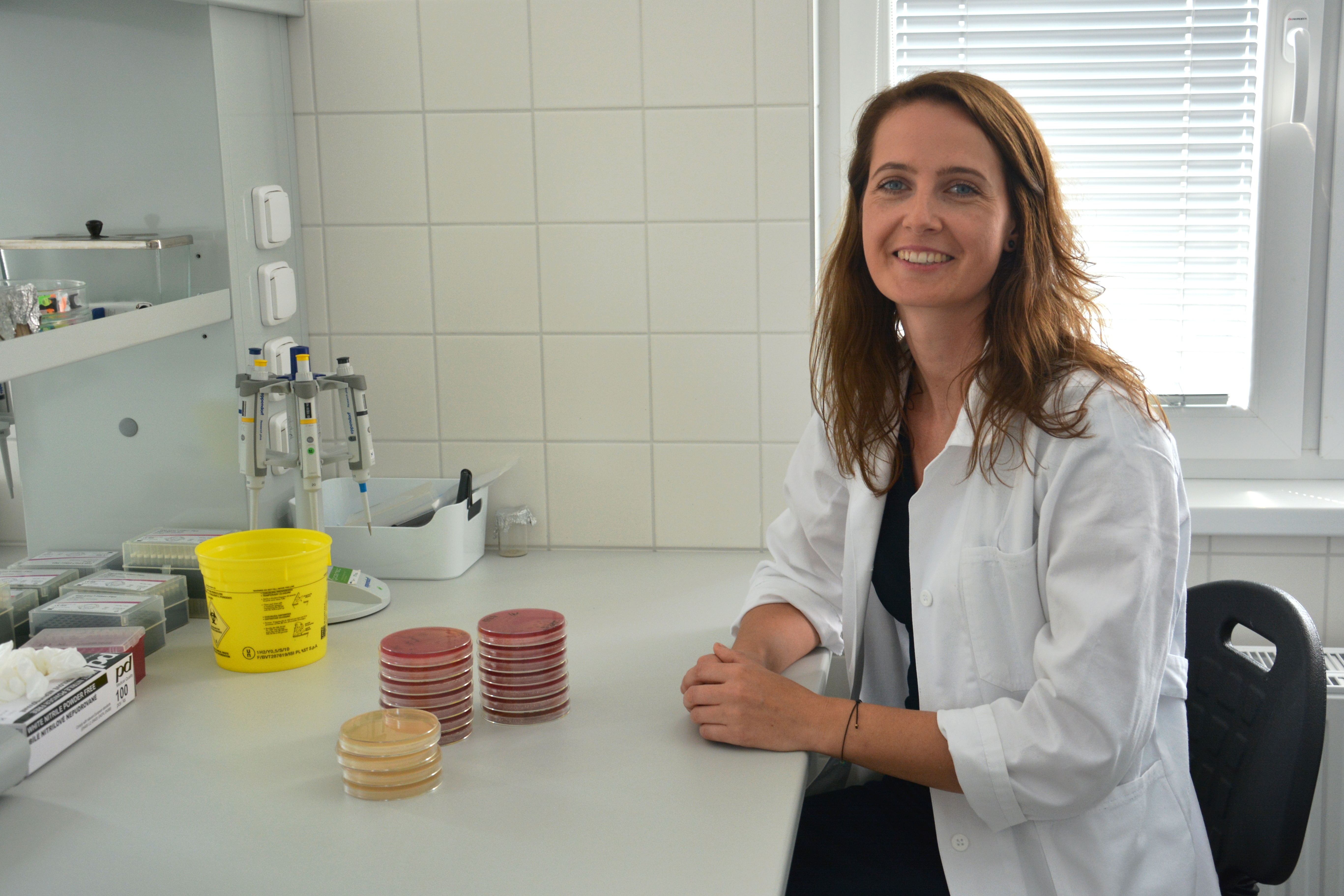 Press Releaser, Brno 4.6.2018; Congratulation to Monika Dolejská from CEITEC VFU, who recieved the L´Oréal-UNESCO Woman in Science award during the 12th gala evening event that took place in the Embassy of France in Prague on the 4th of June, 2018.

Monika Dolejska received this award for her research she´s been doing for the past fifteen years in the field of microbiology. Fourteen projects out of fifty-seven submitted were presented in the final. Two age categories were awarded at the end, and Monika Dolejska is selected as the best on in the category 36-45 years.

The winning project is called "Genetic promiscuity of antibiotic-resistant bacteria: the story of successful evolutionary interactions between the chromosome and the plasmid." Her research focuses on the topic of antibiotic resistant bacteria, and the project she was awarded for deals with the pathogenic strains of Escherichia coli. With her team she aims to understand the reasons behind the success of highly resistant and virulent strains of this bacteria.

Monika is a member of Molecular Microbiology Group headed by Alois Čížek. She has got her stable position within the scientific community and her work is being evaluated very well on an international level.

L'Oréal-UNESCO For Women in Science

The L’Oréal-UNESCO For Women in Science initiative began 19 years ago. Since that inaugural year, the L’Oréal Foundation and UNESCO (the United Nations Educational, Scientific and Cultural Organization) have strived to support and recognize accomplished women researchers, to encourage more young women to enter the profession and to assist them once their careers are in progress.

The solutions to attracting more women to science appear so obvious that few would disagree with them. We should, in particular, instill confidence in girls from an early age by showing them their own potential. More women scientists should also be able to obtain positions of responsibility, just like their male counterparts, so that future generations will have role models to inspire them.

The current situation, however, indicates that, well into the third millennium, a considerable discrepancy exists between what society professes to believe and what we actually do. Much remains to be done with regard to gender balance in science. Most tellingly, women account for only 28% of the world’s researchers.* There are still great barriers that discourage women from entering the profession and obstacles continue to block progress for those already in the field. For this reason, in addition to its annual Awards, the L’Oréal-UNESCO partnership has established the International Rising Talents program, which is designed to accelerate the advancement of young women in science globally. The International Rising Talents are chosen from among the doctoral and post-doctoral researchers who have received fellowships from L’Oréal-UNESCO For Women in Science’s national and regional programs.