BRNO - The chance of getting a prestigious ERC grant from the European Research Council is only about 10 percent per year from around the world. New holder, Vojtech Adam, with a support of 1.3 million euros, will focus with his research team on the research of a protein called metallothionein, which has the ability to bind metals. He believes that this protein is one of the key factors in preventing the emergence of resistance to cancer treatment with metal-based medicines. Confirmation of this fact could contribute to the more effective treatment of cancer in the future.

Professor Vojtech Adam succeeded in the category Starting Grants. "This category is for those who are in the position for not more than seven years after completing their doctoral studies. The European Research Council recognizes the grant in this category by giving you the resources not only for the project itself but also for your further scientific development," explains Adam, who has succeeded in the competition against hundreds of other projects. 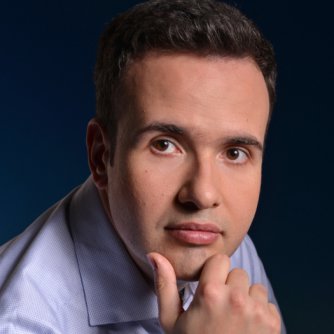 The project itself will have three phases and will build on its already 15 years of team research on the metallothionein molecule at CEITEC BUT and Mendel University in Brno. The basic physiological function of metallothionein is to bind zinc or copper and transport it inside the cell where it is needed. Scientists, headed by Professor Vojtech Adam, believe that this protein is the cornerstone of cancer drug resistance: "The main idea of the research is to prove that the tumor uses metallothionein's property to bind metals and thereby reduce the effects of drugs based on metallic bases. If we could prove this, we could create a drug or rather a tumor-free agent to use metallothionein to defend it. Ideally, these would be two pills, one of which would be a drug, and the other would contain a substance that prevents the production of the protein examined. This would make treatment more effective," Adam summarizes for his scientific project, which officially begins on January 1, 2018.

"Vojtech Adam is the prototype of a young successful scientist who has been able to combine his research at CEITEC BUT with further research and especially with intensive academic work at Mendel University in Brno. For the CEITEC Center, the Vojta project is now the fourth prestigious scientific project funded by the European Research Council in the ERC category and is proof of the quality of the Center's research team. I firmly believe that the five-year project will be successful and will contribute significantly to increasing the effectiveness of cancer treatment," adds Radimír Vrba, Director of CEITEC BUT.