A genius, a personality with ideas ahead of his time, and one of the most important scientists in history – this is Gregor Johann Mendel, who entered the history books by discovering the basic principles of heredity.

Next year marks the 200th anniversary of the birth of the "father of genetics," as Mendel is popularly known across the globe. As part of the celebrations of this anniversary, many events and projects are planned not only in Brno, but also in other parts of the Czech Republic, Europe, and around the world, to remind us that the pillars of genetics were laid in South Moravia. "Mendel's way of thinking and his work were so original that the essence of his discovery can be described much better only today - through concepts from the fields of informatics or cybernetics. For this reason, the importance of his legacy is still growing and it is possible to build on it and to develop it. I believe that he would be very pleased that today´s Brno is dedicated to science, research and education, and that universities and science institutes build their research on his ingenious work," says the mayor of Brno Dr Marketa Vankova. 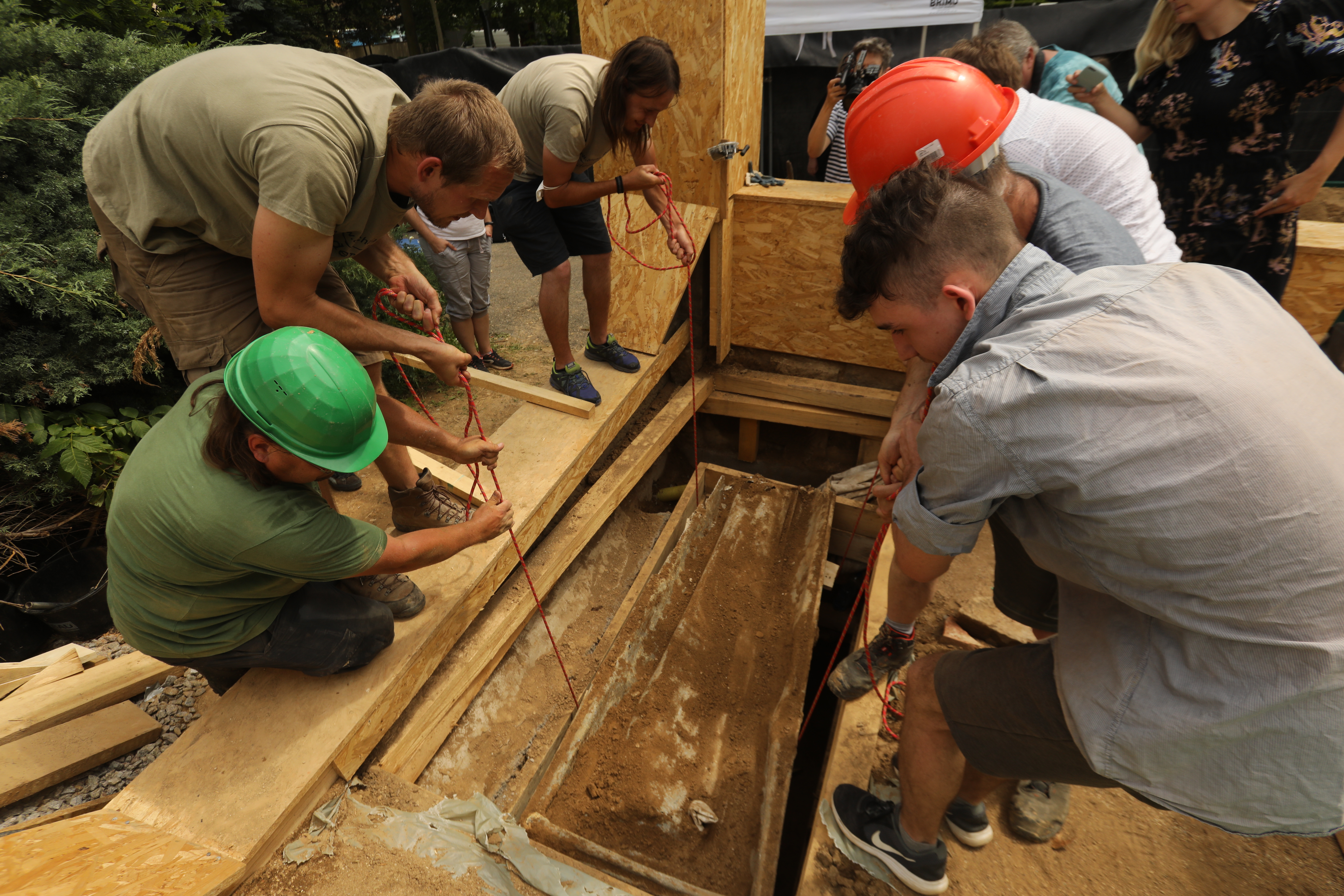 Therefore, in cooperation with experts from Masaryk University, the Augustinian Abbey and other organizations preparing the celebrations, an idea was born to uncover new information about the world-famous biologist and abbot. This included archaeological research of the Augustinian tomb at the Central Cemetery in Brno, and subsequent anthropological and genetic analysis of the findings. "Mendel was an absolutely exceptional, multidisciplinary renaissance personality with ideas ahead of his time. That is also why we have given our consent to exhumation and scientific research, so that his legacy remains alive and known to the public. The Czech Republic, humanity, but especially Mendel himself, clearly deserves it. Especially since he did not receive scientific recognition during his lifetime," said Fr. Paul Graham, Assistant General to the General Council of the Curia.

Masaryk University plays a key role in the scientific research

"As the Rector of Masaryk University, I am extremely honoured that we are involved in such unique research, which is carried out by Vice-Rector Sarka Pospisilova and her team. The new results offer compelling proof that our university conducts research at the highest level," stated Prof. Martin Bares, praising the work done by the university. Almost two dozen scientists are involved in the research related to Gregor Johann Mendel. Experts from the faculties of Arts, Science and Medicine of Masaryk University as well as scientists from the Central European Institute of Technology (CEITEC) are involved. "Due to the research complexity, the public will learn the results gradually throughout 2022. The celebrations of the 200th anniversary of G.J. Mendel's birthday will culminate in July 2022," added Prof. Sarka Pospisilova, who is also a geneticist.

Archaeological research on the Augustinian tomb, which is located in the Central Cemetery in Brno, took place in June and lasted approximately two weeks. The coffin, in which the remains of G.J. Mendel himself were identified by subsequent analyses, was extending under the foundations of the tomb, meaning that archaeologists had to dig up to 2.5 meters in depth.

"During the excavations, it turned out that the tomb is slightly diverging from the floor plan. Therefore, we had to come up with various technical aids in order to remove the tin coffin in one piece so that it would not be damaged," described Dr Marek Peska, the director and chief archaeologist from the Archaia Brno. In addition to the skeleton, the coffin also contained shoes, clothing, rare crosses and also, for example, a newspaper from October 1883. In an effort to gain further knowledge, a wide range of scientific disciplines established at Masaryk University were used. "For example, using biometric data of the skull, we can create a so-called super projection, which means that we will be able to compare the shape of Mendel's face with available images and photographs," said Dr Eva Drozdova from the Laboratory of Biological and Molecular Anthropology at the Faculty of Science of Masaryk University.

During the genetic research, DNA samples obtained from the remains found in the tomb were compared with DNA samples obtained from biological material available from previously conducted research at the Abbey. "In protective overalls, we examined the objects that Mendel used. My colleagues and I went page by page, looking for biological material, such as hair or facial hair, that were later used as a comparative sample,” explained Dr Dana Fialova, from the Department of Genetics and Molecular Biology of Masaryk University.

Following DNA analysis conducted in CEITEC laboratories confirmed Mendel´s identity. "The mitochondrial DNA sample obtained from Mendel's book Astronomy was absolutely identical to the samples taken from Mendel's remains, which we consider as clear confirmation of Mendel´s identity," said Filip Pardy, an expert from the Genomic Laboratory at CEITEC´s Centre for Molecular Medicine. However, further genomic and bioinformatic analyses will show whether the entire genome of the father of genetics can be reconstructed.

Geneticists focused on analysing Mendel's DNA according to mitochondrial DNA and the Y chromosome. “We are interested in whether Mendel carried some of the genetic variants that, as we know today, cause hereditary diseases and that are inherited according to the rules that Mendel himself discovered," said Prof. Michael Doubek from the Department of Medical Genetics and Genomics, at the Faculty of Medicine of Masaryk University and CEITEC MU.

Genetics has become an ordinary part of our lives today, and we encounter genetics in many areas of everyday life. The influence of Gregor Johann Mendel on the foundation of this scientific field is absolutely fundamental. Precisely because of this, a three-day International Genetics Conference will begin in Mendel´s honour in Brno on the very same day that Mendel would celebrate his 200th birthday – 20 July 2022. The conference will bring together scientific leaders from all over the world. "We have already confirmed the participation of three Nobel Prize laureates, who will be the key note speakers," explains Jakub Carda, director of Spolecne, an organisation that has long been popularizing Mendel's legacy. „The name of Gregor Johann Mendel will make Brno visible not only in the Czech Republic, but also all over the world. It will be a great promotion for our city," concludes Tomas Kolacny, the Deputy Mayor of Brno.