News
Researchers Study Reasons Why Plants Do Not Age

Specialists from the Central European Institute of Technology at Masaryk University achieved new information on how the telomerase enzyme works in plants.  The findings may help to fight against immortality of human cancer cells. 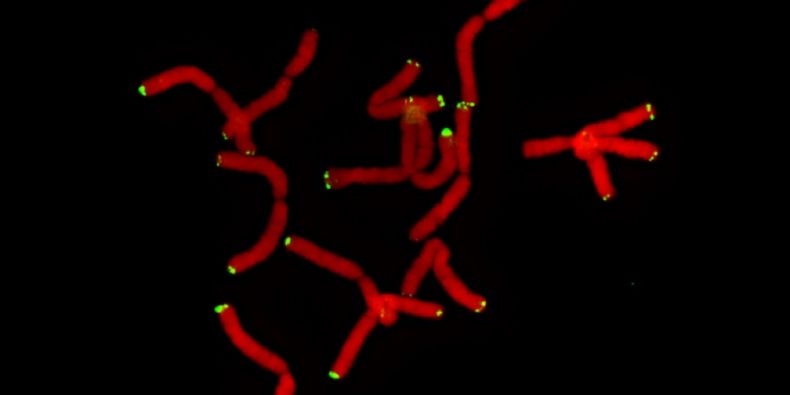 The telomerase enzyme is responsible for immortality of stem or cancer human cells. Its precise and reversible regulation in plants is the reason why plants do not grow old in the same way as animals do, and is connected to the high regeneration ability of plants. Findings on the molecular nature of plant telomerase regulation could help to fight against the immortality of human cancer cells, or to strengthen the regeneration abilities of normal human cells.

Telomeres are specific structures at the ends of chromosomes and their task is to ensure that the DNA of the organism inside the chromosomes is not damaged. One of the human telomere features is that they shorten each time the genomic DNA copies and cell divides. Such shortening is an indicator and one of the reasons for ageing. However, this is not true for plants, as they are able to keep the ends of chromosomes at the same length during their entire lives.

The specialists from the Central European Institute of Technology at Masaryk University (MU), in cooperation with the Faculty of Science MU, Institute of Biophysics of the Czech Academy of Science, and Institute of Experimental Botany CAS have revealed how the telomerase enzyme is assembled in plants. Telomerase is able to extend the ends of chromosomes and in terms of evolution, it is linked with a similar process in human bodies.

Jiří Fajkus’s Research Group focused on the assembly of RNA and protein complex, which forms telomerase in the cell of a model plant of Arabidopsis thaliana. They also explored how telomerase gets to the ends of chromosomes in order to be able to extend shortened telomeres. They found out that even though telomerase in plants is formed by a complex of proteins, similar to those in humans and even proteins promoting the complex assembly is similar between plants and humans, some of their mutual interactions are very specific in plants. This is exactly the point when we might find a solution to the question, “Why are plants able to activate the telomerase enzyme anytime they need it during their development or regeneration?”

In plant cells, telomerase associates with the so-called TRB proteins that exist only in plants, and simultaneously bind to telomere DNA. In this way, they can recruit telomerase to telomeres. These proteins were described by Petra Procházková Schrumpfová from the Functional Genomics and Proteomics laboratory at the Faculty of Science at Masaryk University several years ago, and she made substantial progress in this research.

Petra Procházková Schrumpfová described her current discovery that was published in The Plant Journal, “We have now succeeded in revealing the fact that telomerase creates, similarly as in the human body, a complex that also includes proteins called pontin and reptin, or more precisely in plants, RuvBL1 and RuvBL2a, which contribute to the assembly of functional telomerase.  However, for this interaction in plants, they need TRB proteins as mediators .”

Why Plants, Unlike Animals, Do Not Age

Jiří Fajkus’s team has systematically studied plant telomeres since 1996. Jiří Fajkus, the team leader explains, “We hope to find out how the cells are able to regulate the activity of telomerase, so that it exactly compensated for telomere shortening in dividing cells. This process depends not only on the proteins involved, but also on their structure and mutual interactions. If we succeed in solving all of these facts, we might find out why the plant cells do not age, whereas animal cells usually do.”

The shortening of telomeres in a human is not a reversible process, and telomerase is active only in several types of cells and under specific situations. For example, these include precursors of sex cells, stem cells which give rise to the whole human body, and cancer cells.

Jiří Fajkus adds, “This process has been studied more deeply in humans than in plants. Also, therapies focused on the elimination of the telomerase function are tested for the treatment of tumors. A very serious complication in this case is also the fact that when telomerase is eliminated, some tumorous cells activatea an alternative pathway of lengthening of telomeres, independent of the telomerase.  We have also experienced this phenomenon in plants. A better understanding of how plants maintain their telomeres could help to find differences in the similar processes in humans and determine how we could possibly fight the immortality of tumor cells.”

The team will continue to determine the exact role of individual proteins during the assembly and functioning of telomerase, and will also focus on where and how all processes occur within the cell. For instance, it has been shown that part of the process occurs inside the cell nucleus, and a part outside of it.

From Moss Genes to Human Ones

The second article is also associated with telomeres. It was published in the same scientific journal - The Plant Journal, and focused on research of the function of two genes in moss called earthmoss (Physcomitrella patens). These genes encode the RAD51 and RTEL1 proteins, which play a significant role in the repair of damaged DNA.

The reason why the scientists have chosen this moss is that, unlike other plants, this moss more frequently uses the so-called homologous recombination to repair the damaged DNA.  During this process, an undamaged fibre of DNA is used to repair the damaged part of the DNA. However, this process is also used by some tumor cells to extend their telomeres if they do not have active telomerase – it is the aforementioned alternative way of lengthening of telomeres.

Ivana Goffová, the first author of the study, explained the activity of the observed genes and proteins, “For the correct function of the homologous recombination, it is necessary for both aforementioned genes to have their activity in balance. Extensively active RAD51 also searches for mistakes in places where they do not occur, which is not desirable for telomeres, which may form loop structures resembling intermediates of homologous recombination. The activity of RAD51 then leads to cutting off the telomeres. The functioning of RTEL1 not only directly limits extensive activity of RAD51, but also helps to untangle the aforementioned loops and other unusual structures (e.g., four-stranded DNA structures), which otherwise represent an obstacle during replication and transcription of  DNA.”

When the scientists disrupted the function of the gene for RTEL1 in moss, chromosome telomeres shortened significantly and the plant could only keep them at the critical minimum length needed for survival, but it was not able to elongate them.  The moss then grew much slower. By contrast, elimination of the RAD51 function did not have any effects on telomere lengths. However, both factors – RTEL1 as well as RAD51 – are necessary for the aforementioned alternative lengthening of telomeres, which is not dependent on telomerase.

Jiří Fajkus added, “It was proven that it is difficult to eliminate an alternative pathway of telomere elongation, and its blocking leads to the accumulation of other mutations in the genome.  In our study, this phenomenon was most evident in the loss of a part of the genes for ribosomal RNA, which are necessary for synthesis of proteins in cells. This loss occurred upon the elimination of RTEL1, as well as RAD51.  The results of our research conducted on plants might help the specialists who are interested in human telomeres.  Unfortunately, they usually ignore plant research.”