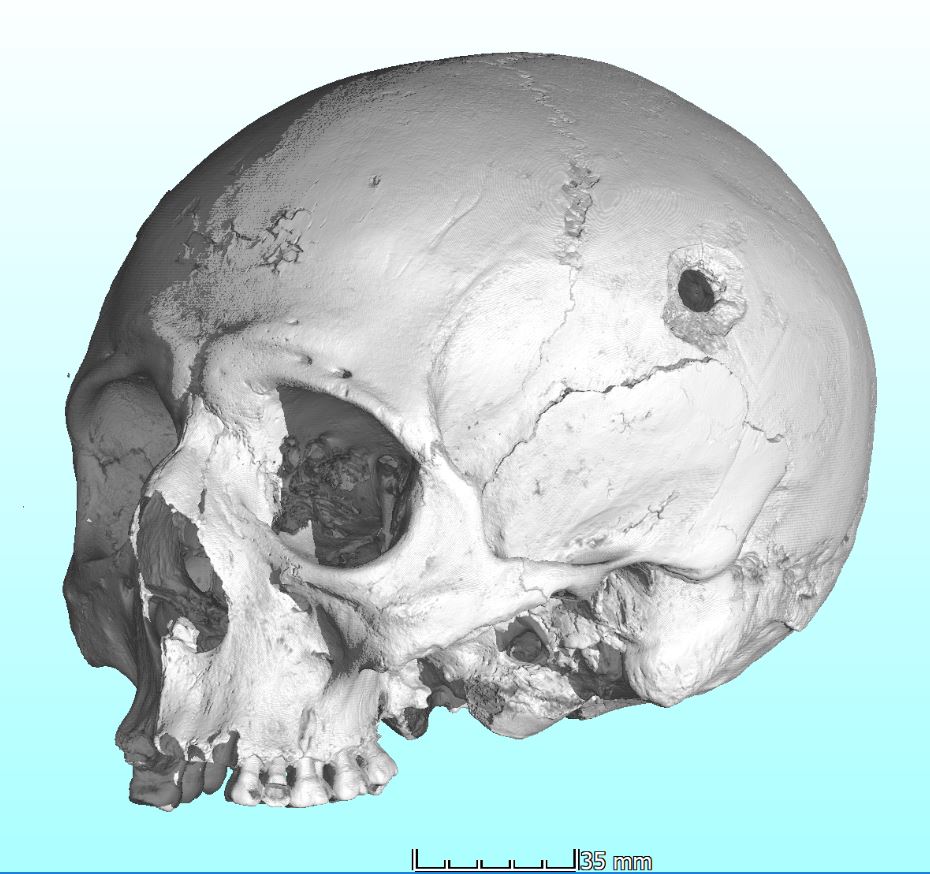 In collaboration with the Laboratory of Morphology and Forensic Anthropology (LaMorFA) of Masaryk University, scientists from the Materials Characterization and Advanced Coatings Research Group analyzed microscopic bone specimens associated with the area of the skull injury research.

The current project of the scientists from CT laboratory is focused on mapping the possibilities of using microCT data for visualization and evaluation of bone tissue damage at microstructure level. Damage at the microscopic level is characterized, for example, by the presence of small cracks that can be used to determine the type of injury, which is used in forensic anthropology, forensic medicine and for example in forensic ballistics.

Scientists have created a three-dimensional model, which has enabled the size, shape and layout of microcracks to be displayed. They found that the observed characteristics differed significantly in the post-mortem injury and injury caused at the time of death. In the first type of injury, a small number of large microcracks were present spreading out of the opening of the shot. For the second type of injury, the number of microcracks was much higher, but their length and width were significantly smaller and randomly scattered across the bone tissue.

More about current CTlab projects can be found in their newsletter.