In an international collaboration between two research teams, scientists, including Anzer Khan from CEITEC Masaryk University and Patricia Deng from the Department of Genetics of Stanford University recently demonstrated that Drosophila lacking a single ADAR RNA editing enzyme unexpectedly model two different brain diseases caused by loss of two different types of ADAR in humans. Their manuscript, which was recently published in the prestigious scientific journal Nature Communications describes the role of Adar RNA editing in neurodegeneration and immunity in Drosophila. The work was led by Liam Keegan from Mary O´Connell Research Group at CEITEC MU and by Professor Jin-Billy Li of Stanford University. 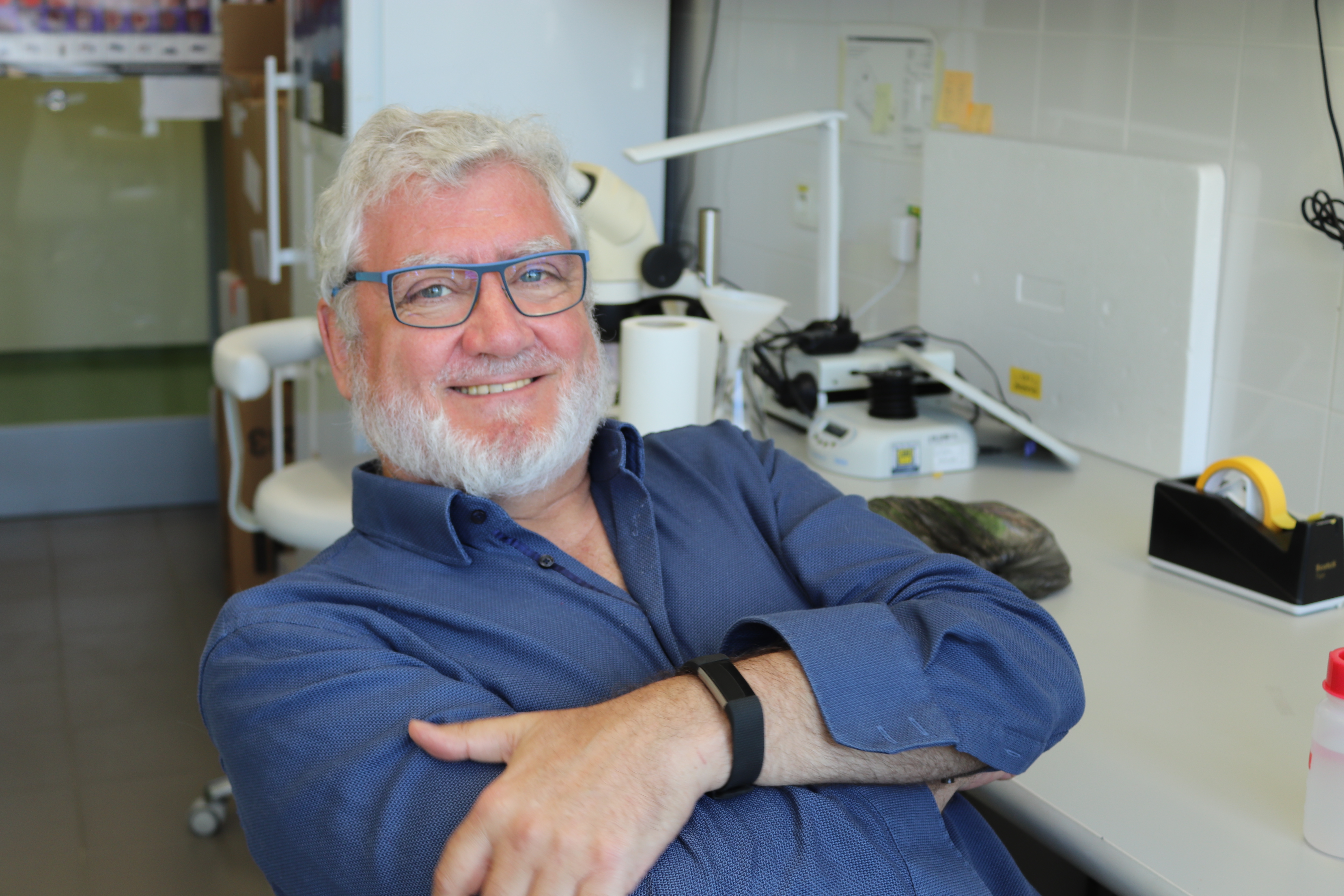 ADARs are enzymes responsible for binding to double stranded RNA (dsRNA) and converting adenosine (A) to inosine (I) by deamination. ADARs represent the most common form of RNA editing. The manuscript clarifies Adar functions in the Drosophila model, highlighting that physiological neuronal and immune functions, including preventing aberrant antiviral responses, are dependent on the RNA editing activity, as was also shown by recent discoveries of Mary O´Connell Research Group and others in mammals. Without ADAR RNA editing the cell misinterprets its own dsRNA as evidence that a virus is infecting the cell and induces an unnecessary and harmful antiviral defence response. This discovery is a major advancement towards understanding the importance of ADAR RNA editing because it answers some longstanding questions in the field and now fully links the Drosophila studies to what was previously observed in humans and in mouse models.

The fruit fly Drosophila is widely used for biological research, because it allows researchers to use genetics to study fundamental aspects of cell biology that will also apply to humans. “In humans, ADAR1 is involved in innate immunity and its roles in cancer stem cell survival and cancer therapy are currently receiving a lot of attention. Human mutations in ADAR1 lead for example to Aicardi Goutieres syndrome (AGS), a type of severe childhood encephalitis with an aberrant antiviral response that mimics congenital infections with viruses like German Measles (Rubella) or, more recently, congenital Zika Virus infections spread by mosquitos,” explains doctor Liam Keegan, the corresponding author of this study.

While humans have two main ADARs, Drosophila has only one ADAR2-like enzyme. Human ADAR2, regulates synaptic plasticity by editing transcripts encoding glutamate receptor subunits. Mary O´Connell Research Group from CEITEC MU recently published an article showing that mutations in human ADAR2 cause severe infant seizures. This new Drosophila study results can therefore help to further clarify the described roles of human ADAR2 in synaptic plasticity, circadian rhythms, sleep and in seizure diseases. The surprising finding from the Drosophila study is that the brain defects caused by loss of the ADAR2-type protein also involve an abnormal antiviral response in the brain, making it also essentially also a Drosophila model of human Aicardi–Goutières syndrome.

It was previously believed that the barrier between the blood and the brain means that the brain is privileged and does not respond like the rest of the body to infections. However, in recent years, it is increasingly appreciated that abnormal inflammation in the brain, called neuroinflammation, does occur and underlies common neurodegenerative diseases like Alzheimer’s Disease, Parkinson’s Disease and spreading of Motor Neuron Disease along the spinal cord. Neuroinflammation probably also contributes to psychiatric illnesses such as autism and depression. “We now have a Drosophila genetic model that will allow fundamental understanding of neuroinflammation to advance faster,” added Keegan. 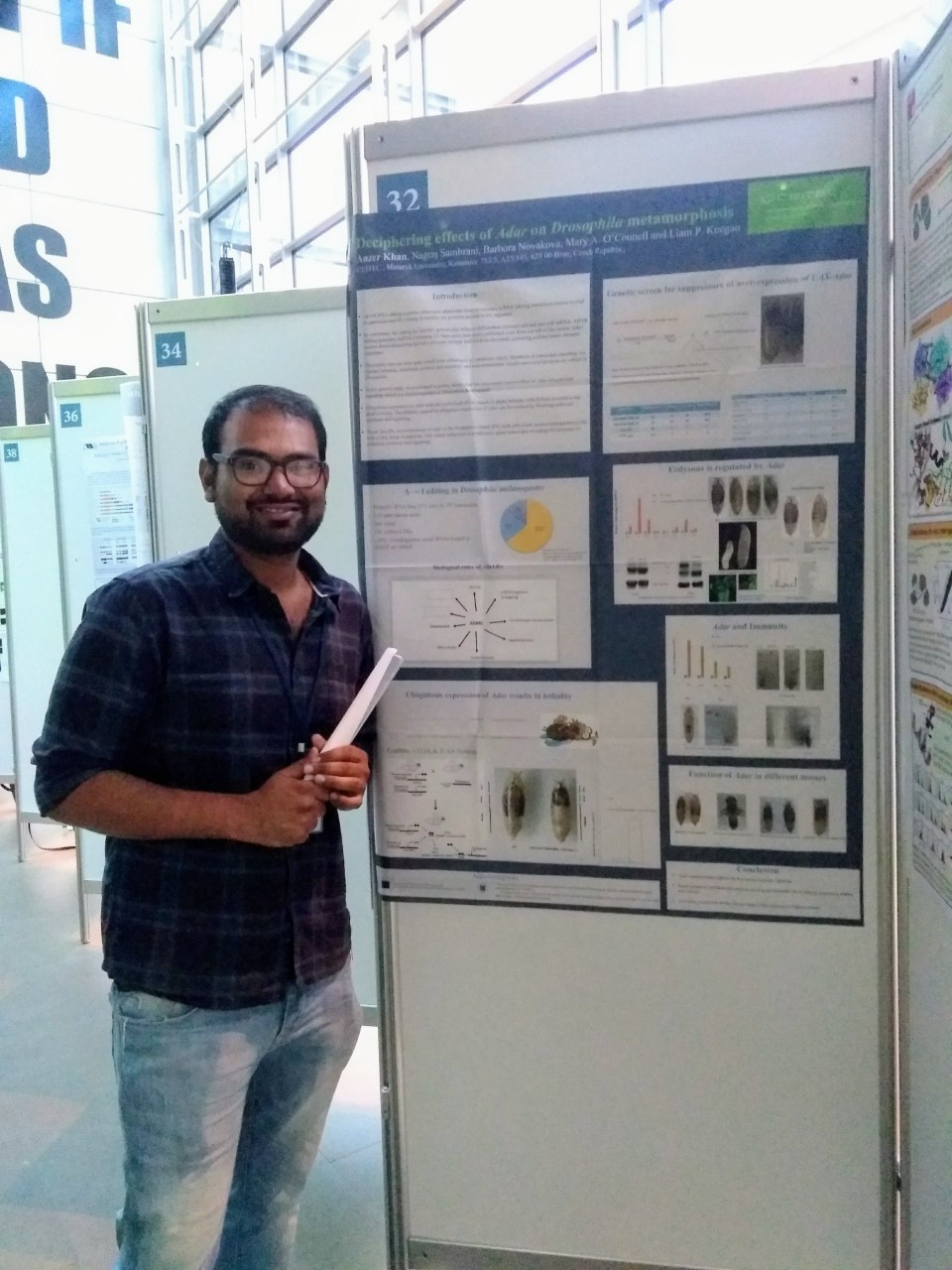 The research team used classical Drosophila genetics methods. The researchers tried to identify genes which can modify the Adar mutant phenotypes, and later they confirmed these rescues by molecular and biochemical methods such as qRT-PCR, immunoblots, histological staining, RNA sequencing, and standard bioinformatics analyses. For analysing neurodegeneration, the scientists had to age flies for 30 days and then cut fly head slices using a Microtome. Finally, they had to stain them using Hematoxylin and Eosin dyes to see the neurodegeneration in the brain, which fits on the head of a pin. “With the Stanford group we made a catalytically-inactive Adar mutant Drosophila strain using CRISPR mutagenesis to show that most effects of Adar depend on the RNA editing activity. However, the neuroinflammation and neurodegeneration, but not the synaptic defects, are prevented by producing higher levels of even the inactive Adar. We must now further separate and dissect the ADAR1 and ADAR2-like effects using Drosophila genetics,” concluded Liam Keegan, corresponding author of this study.

This study was supported by the ERA Chair project awarded to Mary O’Connell and GACR Grant on innate immunity awarded to Liam Keegan.