Home About Us News Scientists Have Discovered How Vertebral Neck Muscles Are Formed. Thanks to the Institute Pasteur and CEITEC Cooperation

News Research Press Releases
Scientists Have Discovered How Vertebral Neck Muscles Are Formed. Thanks to the Institute Pasteur and CEITEC Cooperation

Almost three years of collaboration between scientists from the Institute Pasteur and the CEITEC BUT has already produced concrete results and it is a typical example of the connection between the life and material sciences. The French researchers are sending mouse embryos for analysis to Brno mainly because scientists here are able to offer a multidisciplinary approach and have experience in processing this type of data. As a result, they actually detected vertebral neck muscle formation.

By combining experiments with genetically modified mouse embryos and their 3D analysis using a computed tomography method, scientists have mapped skeletal muscle muscles to produce a detailed map of morphogenesis (ie, development of cervical tissue shape), revealing some unexpected features not only about the muscle network but also linking them to so-called connective tissue.

"We have been collaborating on research since 2016, when the leader of the French research group of developmental biologists, Shahragim Tajbakhsh, was impressed by our results of 3D soft tissue visualization using X-ray computed microtomography. Subsequently, we found that with our non-destructive imaging method we can also distinguish the embryonic origin of different muscle groups. One year later, we intensified our cooperation thanks to the French-Czech workshop organized in Brno at CEITEC. This was also a great impulse for our other joint projects, ”said Jozef Kaiser, Group Leader of Material Characterization and Advanced Coatings Research Group at CEITEC BUT.

The cooperation between laboratories is set in such a way that samples of mouse embryos are prepared in France, which are subsequently sent to CEITEC in Brno and are subjected to X-rays. "Our task is to prepare the sample and the instrument itself so that we can also use the X-ray to display soft tissues, the most important task being the data processing itself, which includes, for example, segmentation of selected structures, their 3D visualization or, e.g. quantification of volumes or angles," said Markéta Tesařová, co-author of the first joint publication with Institut Pasteur.

Together, scientists have managed to build a methodology for imaging muscle tissue using x-ray computed microtomography, which they now want to apply to other projects, such as exploring eye and extraocular muscles  where 3D imaging is indispensable. Each method using different approaches , so there is still something to evolve and improve. 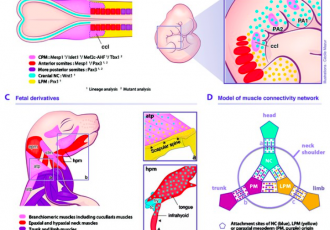 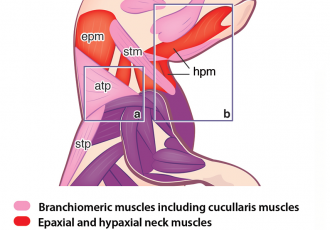 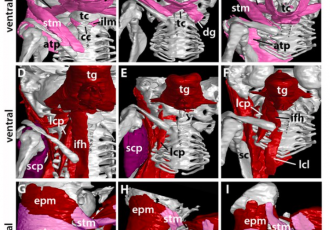