Home About Us News Student Igor Turčan examines curved magnetism. He wants to increase the storage capacity of data carriers

The best doctoral projects have been supported by the South Moravian Center for International Mobility (JCMM) this year. Among the winners was Igor Turčan of CEITEC BUT with his work devoted to curved magnetism. Thanks to his research, the data on electronic carriers could be written even more densely in the future, thereby increasing their storage capacity. 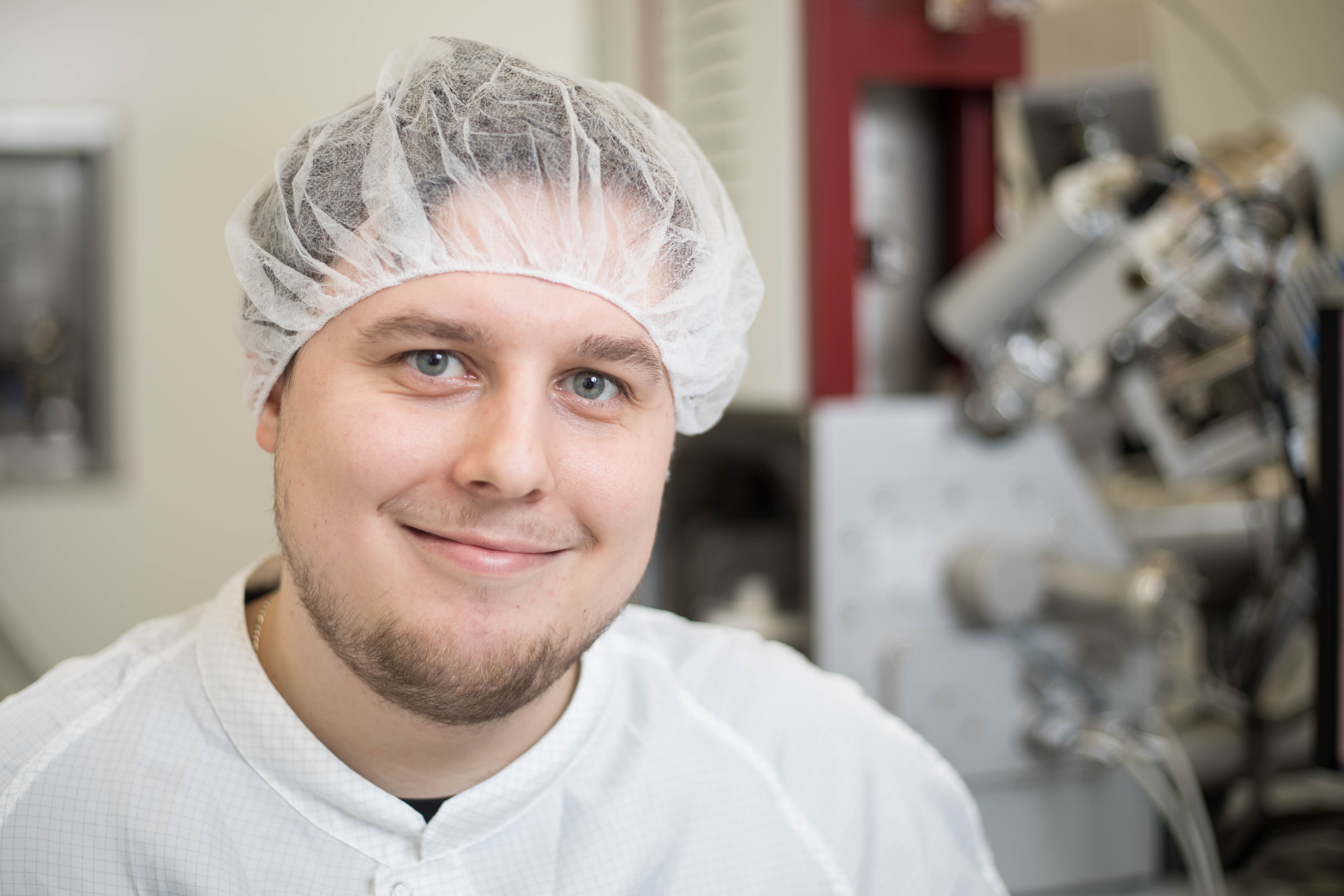 Magnetism and nanosciences are mainly studied in planar structures, but Igor Turčan has gone into the next dimension – he examines magnetism in three dimensions, focusing primarily on curvature. "The name of the curved magnetism is not a professional name but a working one. Among experts, this field is more commonly known as magnetism in curved structures, "he said.

The above-mentioned method is explored in planar structures, only in recent years scientists are trying to move to curvature. So far, only computer simulations are available, but it not verified by experiments. This is what Igor Turčan wants to do. "In the future, it could not only improve the density of information, but it could also have an impact on energy savings, which would be useful, for example, in mobile phones industry," added Turčan.

JCMM awards the Brno PhD Talent award annually and the award is also associated with a financial reward. The awards can then be used for his research in doctoral studies. In total, over one hundred projects were submitted to the last year of the competition, half of them went to the final, where students had to present their work to a professional jury. The jury eventually selected 25 students, which were awarded with a scholarship. Out of these 10 PhD students are from BUT.