Home About Us News Team of Czech Scientists Made Essential Discovery About the Biology of Chronic Lymphocytic Leukemia. Their Discovery Could Lead to the Development of a New Drug

News Press Releases Research
Team of Czech Scientists Made Essential Discovery About the Biology of Chronic Lymphocytic Leukemia. Their Discovery Could Lead to the Development of a New Drug

The research team, led by associate professor Marek Mraz, described a fundamental mechanism in the biology of chronic lymphocytic leukaemia (CLL), which is the most common leukaemia in adults. In this research, the first author of the study, PhD student Vaclav Seda, discovered how CLL cells regulate their migration in the patient's body, and most importantly how they survive the therapy with BCR inhibitors, which are widely used drugs for therapy for this and some related diseases. The research was a close collaboration of scientists from the CEITEC Masaryk University and physicians from the Department of Internal Medicine, Haematology and Oncology (IHOK) of the University Hospital Brno. The scientists also suggested the use of a GAB1 protein inhibitor as a possible new drug against CLL and patented their discovery with the aim to further develop this potential new drug. Their research was published in the April issue of the most prestigious haematological journal Blood (Impact Factor 18). 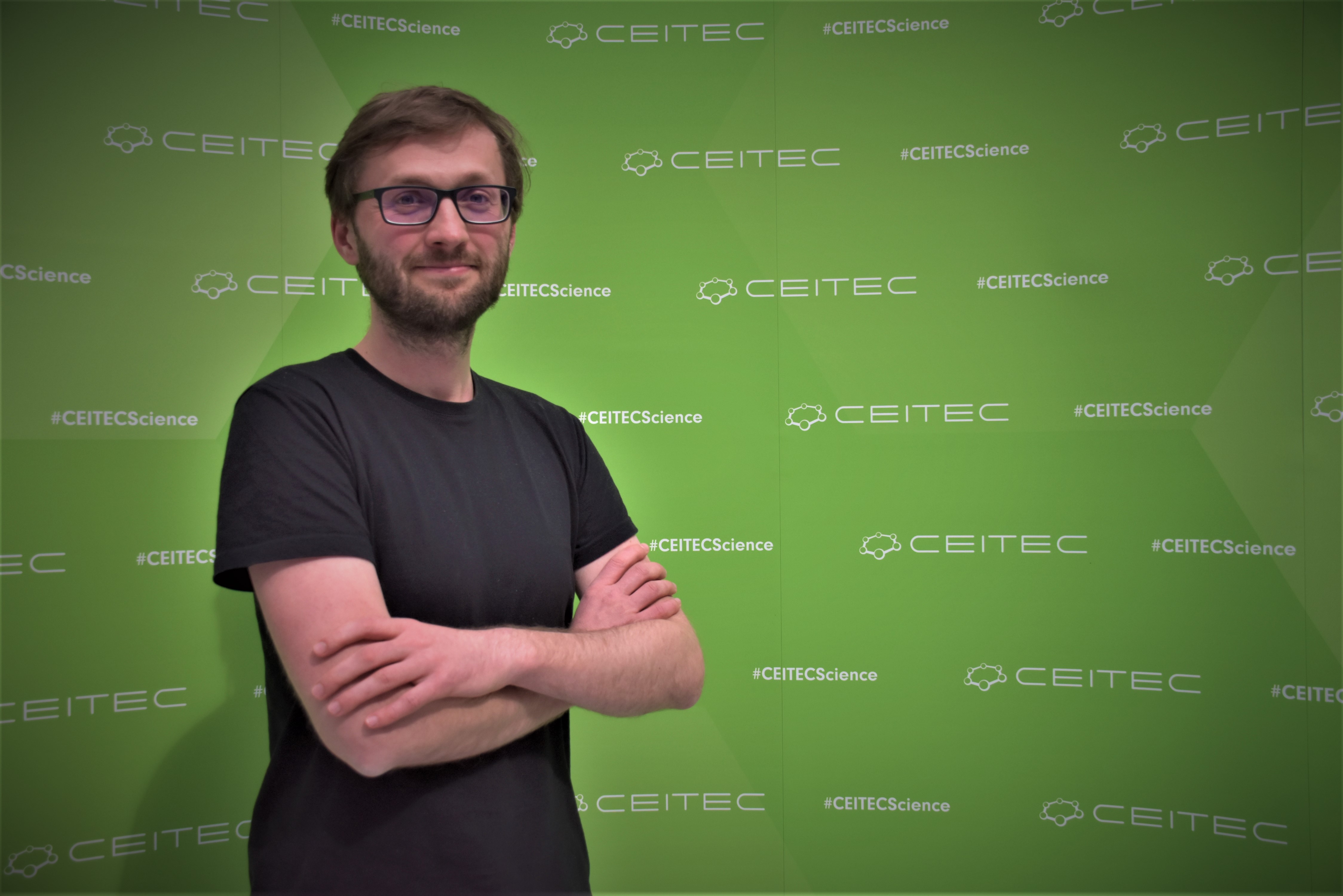 The researchers described that the GAB1 protein is responsible for cell migration and survival, and for the adaptation/resistance of tumour B cells to the therapy. Authors also successfully pre-clinically tested new GAB1 inhibitors for their use in CLL and related haematological malignancies. Their results were surprisingly good; therefore, the researchers filed an international patent application. We asked the first author of this study, Vaclav Seda, and the corresponding author Marek Mraz, to explain their discovery. 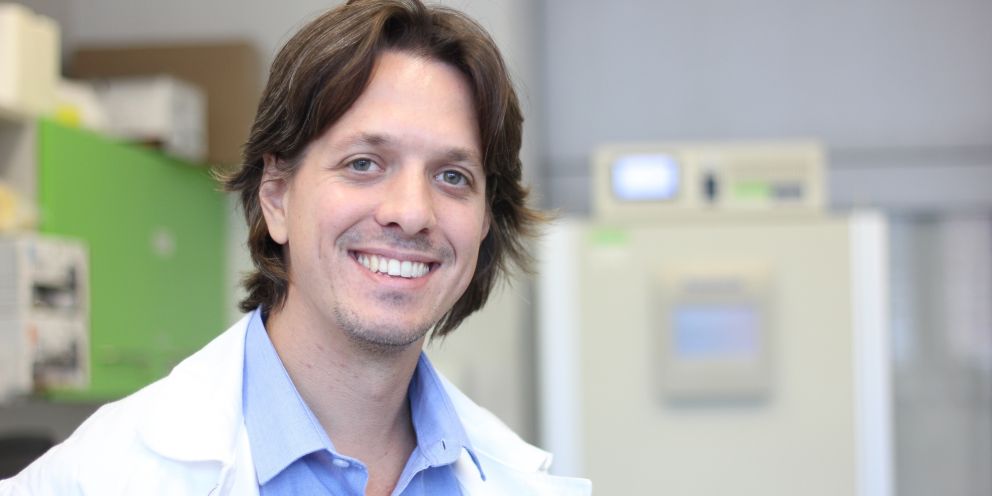 How would you describe the origin of chronic lymphocytic leukaemia? How does the disease behave and why?

Chronic lymphocytic leukaemia (CLL) is a cancer characterized by the uncontrollable proliferation of one type of immune cell, namely B cells. These are essential for healthy people, because they are able to produce antibodies, which protect us from infection. For example, vaccination against Covid-19 would not work without B cells. In the case of chronic lymphocytic leukaemia, B cells not only divide uncontrollably but also lack the ability to produce antibodies targeting pathogens and "suppress" the rest of the immune system. One of the consequences is the general exhaustion of the patient and insufficient immune response, which makes the fight against other diseases even more difficult. A sad example is the current pandemic, in which about a third of CLL patients infected with Covid-19 die. In the Czech Republic, approximately six hundred people are diagnosed with CLL every year , which makes it the most common leukemia in adults. The clinical course of the disease differs from patient to patient. Some patients do not suffer from any major symptoms of the disease and do not require therapy, and then there is another group with an aggressive course accompanied by symptoms such as spleen enlargement, anaemia, thrombocytopenia, night sweats, weight loss and persistent fatigue. These patients usually require therapy. Currently, in addition to chemo-immunotherapy in CLL, targeted treatment with so-called BCR inhibitors is often being used. BCR inhibitor therapy is typically well tolerated by the patient and usually initially leads to some control of the disease, but unfortunately, tumour B cells gradually find a way to partially adapt or even become completely resistant to the treatment. In our research, we are interested how this happens on the molecular levels and if we can prevent this adaptation/resistance in order to permanently control the disease.

So, how does the disease become resistant to BCR inhibitor therapy?

First of all, we would like to outline briefly what are “BCR inhibitors”. Every cell of our body needs to communicate with its surroundings, somehow perceive the environment where it is located, and respond to it accordingly. This is the main role of many types of cell receptors, and each of them is able to receive a certain type of "signal" such as: survive, begin to divide, move in that direction and so on. In the case of BCR, this particular receptor and its associated proteins respond to the presence of a pathogen (virus / bacteria) in healthy B cells, and send commands, resulting in the lymphocyte proliferation and in production of antibodies. In CLL cells, however, the BCR receptor pathway is consistently incorrectly activated by a mechanism that we do not fully understand. In the case of BCR inhibitors, we are talking about drugs that are able to block the BCR pathway and thus significantly affect the behaviour of tumour cells.

Now, back to the question of resistance. Resistance to therapy is often understood in the long run, where DNA mutations cause proteins to change to such an extent that for example the inhibitor, i.e. the drug, is no longer able to bind to them and inhibit the pathway. These mutated cells therefore gain a growth advantage, they begin to multiply more, which results in failure of the therapy. This can typically happen over a period of months to years. The second type is a rapid adaptation of CLL cells, which occurs within days or weeks. This type is not caused by the changes at the DNA level, but by rearrangement of the molecular pathways in the tumour cell, which is trying to find other ways to have BCR signalling activated.

In our work, we have described one of the first mechanisms of this adaptation to BCR inhibitors in CLL. At the same time, the inhibitor described in our study is able to prevent this particular type of resistance.

Can you please describe your discovery in more detail? 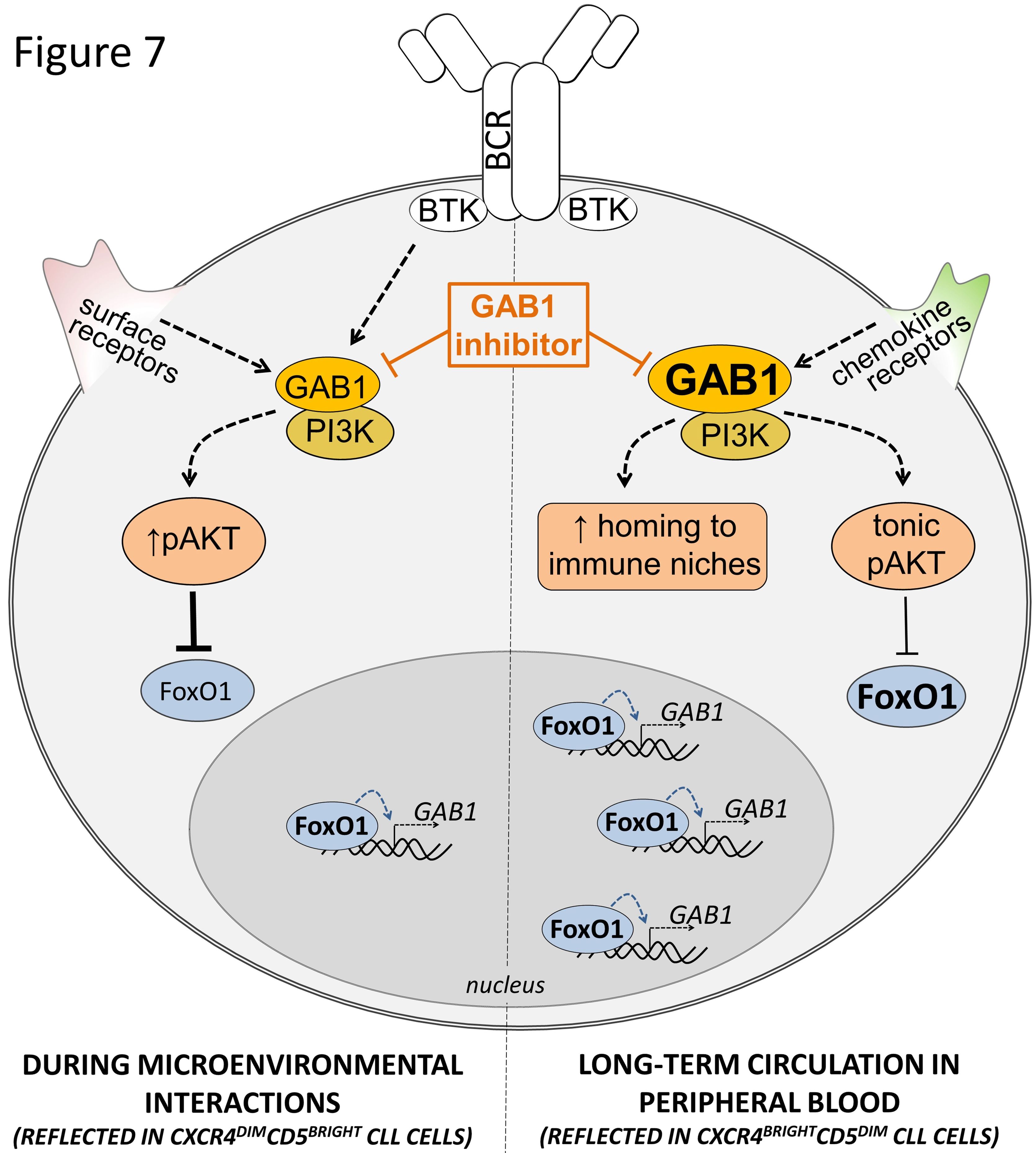 Our study describes interconnected mechanisms of response of malignant B cells to two "life" situations. We've mentioned the first one before – it is the resistance to BCR inhibitors. We have shown that tumour cells during treatment with BCR inhibitors increase the level of GAB1 protein and thus achieve compensatory activation of the Akt molecule, which enables them to survive the treatment.

The second mechanism also relies on the GAB1 protein, and describes how this protein positively contributes to the migration of malignant B cells to the lymph nodes and spleen. This could sound a little less attractive than discovery mentioned above, but the opposite is true. The migration of leukemic cells into lymphatic organs is crucial for their survival. It is the lymph nodes, where CLL cells receive the strongest signals, which not only secure their survival, but it also induces their proliferation. Inhibition of migration therefore represents a very promising therapeutic strategy.

To summarize our discovery regarding the role of GAB1 protein. Firstly, GAB1 is responsible for the development of the short-term resistance during BCR inhibitor therapy by helping to bypass the inhibited protein (BTK kinase) and enhancing the signals that are necessary for survival. And secondly, GAB1 promotes the migration of malignant cells to the microenvironment, where CLL cells have a better chance to survive and to multiply. This is why inhibition of GAB1 protein represents such a promising therapeutic approach.

Where do you see the main potential of the tested inhibitor compared to the inhibitors used so far?

Most clinically used inhibitors target so-called protein kinases, which allows for signal transmission from the receptor to effector proteins. The GAB1 inhibitor blocks a functionally different protein, specifically an adapter protein. In cells, GAB1 serves as a kind of assembly for various proteins that can better interact and activate each other. GAB1 acts as an intermediary between the receptors and other proteins, helping to receive and integrate various signals. Blocking of GAB1 significantly reduces the intensity of signals that support the survival of tumour B cells. As we have already explained above, the inhibition of GAB1 is advantageous in combination with another targeted drug - the BCR inhibitor ibrutinib, but it can be used also alone.

What are your plans for the future? Will you further investigate or optimize this inhibitor?

We will now collaborate with our colleagues (medical chemists) from the M.D. Anderson Cancer Centre (USA), which is the world's largest oncology hospital, and we will try to improve the chemical properties of the GAB1 inhibitor with the aim to develop it further for therapeutic use. However, we must first secure the appropriate funding for this.

The most common question of patients, their relatives, but also most readers is, when will a new drug appear on the market? You are involved in basic research and from there it is still a long and complicated path until the final drug. Can you please briefly describe this process and explain why basic research is so crucial?

In short, the aim of basic research in medicine is to describe in detail the events that take place in cells and in cellular systems. This information can then be used, for example, to identify possible treatment strategies (basically regardless of the field of medicine). Such treatment strategies are then subjected to so-called pre-clinical laboratory experiments, including testing on primary tumour cells from patients and animals. Besides the effectivity on the tumour cells themselves, the toxicity to normal cells is tested and the so-called pharmaco-kinetic profile is also evaluated (indicates how often such a drug would have to be administered etc). The following stages are clinical phase I, phase II, and phase III trials with patients, to show whether the drug is not too toxic, determine the drug dosage, demonstrate its effect on cancer, and then in phase III to demonstrate, that this drug is better than other drug(s) already used for a given disease. Pre-clinical testing is typically performed in academia, but than a commercial partner needs to perform the clinical trials, since it is a very expensive process. We started by patenting our basic research result by filing an international patent application. This is a necessary step for commercialization because pharmaceutical companies would not invest into clinical trials without patent protection.