A total of one hundred and fourty-five applications, twenty-five selected projects and finally six awards to CEITEC. Among awarded students were five students of the doctoral program Advanced Materials and Nanosciences at CEITEC Brno University of Technology and two students from CEITEC Masaryk University. They received a check for CZK 300,000 from the mayor of Brno, Markéta Vaňková. Financial support should enable them to focus on continuing their research. Top Czech scientists and foreign experts decided on the project support.

One of the winners is Jan Brodský, who in his project focuses on improving vertical organic electrochemical transistors. This could help to create devices with better parameters for sensing and processing bioelectronic signals. According to him, studying at CEITEC BUT allows him to go through the entire research process. From the original idea, through the design to the production and characterization of the device. Although he is not from Brno, he fell in love with the city and is proud to be at the centre of technological progress. Jan works in the research group Bioelectronic Materials and Devices, his supervisor is Imrich Gablech.

Jan Dubský, who deals with nuclear magnetic resonance (NMR), is also awarded. The aim of his project is to create a system that will increase the sensitivity of NMR using Dynamic Nuclear Polarization (DNP). This should allow for solid and liquid and biological samples in the future with the ability to monitor results in near real time. Jan loves learning about the world and revealing the principles on which he works. He is glad that he has the opportunity to live and work in Brno, which is full of historic buildings and many parks and greenery. His supervisor is Petr Neugebauer, head of the research group Magneto-optical and ThZ Spectroscopy.

Another awarded student is Peter Kepič. The aim of his project is to make a tunable ultra-thin metasurface of vanadium dioxide and to observe a change in its function when heated. This research could in the future make it possible to downsize technologies, but also, for example, to replace the function of a small spectrometer. He is interested in science because he is fascinated by how things work around him and at the same time he wants to belong to the group of people who discover and improve these things. Peter graduated from CEITEC BUT after graduating from the Faculty of Mechanical Engineering. It was here that he met his supervisor, Tomáš Šikola, under whom he now works in the group Fabrication and Characterisation of Nanostructures.

Student Xia Peng, who also received the award from the mayor, is involved in the removal of bacterial biofilms. These are often considered to be the primary cause of economic losses. To open up hope in environmental remediation, she is involved in the development of hematite / Ag microrobots powered by visible light. These should have the ability to quickly and efficiently remove biofilms from solid surfaces. As she herself states, science is like dopamine for Xia, which gives her a constant sense of excitement and fulfillment. For a student from China, Brno is a vibrant city where she can do quality research and enjoy life. Xia is a PhD student in the research group Future Energy and Innovation led by Martin Pumera.

The next awarded student is Michaela Vojníková. Her project focuses on smart lipoplexes, which are liposomal nanoparticles capable of gene therapy and diagnostic MRI imaging. The structure of the lipoplex is designed so that it can find, label, silence its chemoresistance genes and destroy it with adjunctive therapy. Michaela wanted to be a doctor from childhood, but over time she realized that as a scientist, she could not only help cure, but even participate in research to completely eradicate cancer. In Brno, she is attracted by the fact that world-class science is done here. There are a large number of connected researchers working together and helping each other. As a Slovak, she also appreciates the friendly atmosphere. The supervisor of Michaela Vojníková, who also won the national round of the international Falling Walls competition last year, is Zbyněk Heger from the Smart Nanodevices research group.

The awarded student from CEITEC MU is Yusuf Lodhi. Yusuf studies acute myeloid leukemia (AML), a disease with a low probability of survival and limited treatment options, based primarily on chemotherapy. A particular focus of his research is Venetoclax, a promising new inhibitor of BCL-2 that affects resistance. Using drug profiling and CRISPR / Cas9 screening, the young researcher identifies drugs that can synergizes with Venetoclax or reverse its resistance. His research may reveal unique goals for a new effective targeted therapy and to achieve stronger responses compared to the only treatment available to date with Venetoclax. Yusuf chose science because he is interested in innovation and discovery. Scientific research is challenging and one must be strongly committed to finding answers to one's specific question. Yusuf is a naturally inquisitive man, very passionate about his field of research. He likes that Brno is a cosmopolitan student city where scientists and students from all over the world meet. He has a diverse background and a rich history in the field of science, which makes him feel that he is literally on the shoulders of giants. Yusuf Lodhi works in the Functional Genomics research group under the leadership of Michal Šmída.

Another awarded student from CEITEC MU is Petr Janas. Petr investigates CRISPR/Cas-based editing of plant genomes: An exciting journey from the study of chromosome evolution to increasing the quality and yield of key crops. The main goal of his project is the induction of chromosomal rearrangements by CRISPR/Cas, which occurred during the evolution and speciation of crucifers (Brassicaceae). CRISPR/Cas is a multi-purpose technology for genetic engineering. By inducing two or more double-strand breaks, CRICPR/Cas can be used to create large chromosome rearrangements (inversions, translocations, deletions, ...) and replay herewith the tape of evolution. Petr sees science as a great mission, and his dream is that the results of his research will contribute to the benefit of humanity. He likes Brno mainly because of his friends and nice team in his laboratory. Petr Janas works in the Plant Cytogenomics research group under the supervision of Terezie Malik Mandakova.

The Brno Ph.D. Talent Programme has been implemented since 2009 and is one of the tools of the city of Brno, that aims to support local talented scientists in their careers. In recent years, for example, the city also contributed financially to the arrival of excellent young scientist Eric Glowacki, holder of the prestigious ERC grant, at CEITEC BUT and with partners from local universities and R&D centers discussing other forms of local science support so that Brno continues to strengthen its position of the Central European Center for Science, Research and Innovation.

"From the beginning, the program has supported more than 230 quality scientific teams, significantly helped many young scientists at the beginning of their professional careers and supported research activities that extend beyond the Brno and South Moravia region," concludes the Brno Ph.D. 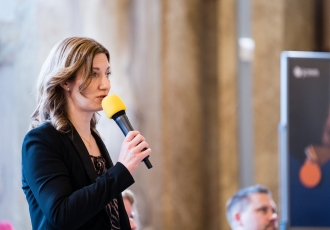 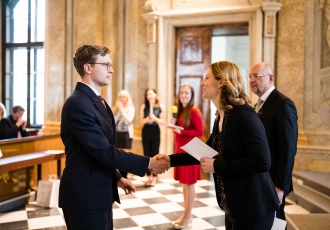 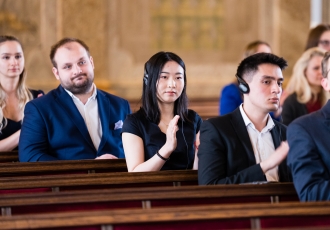 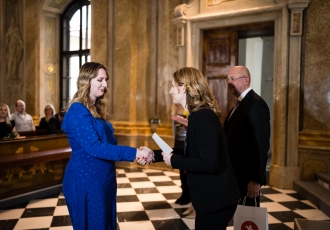 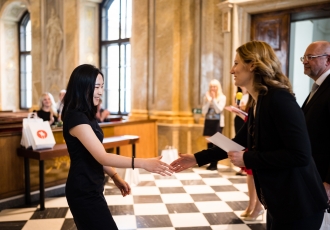 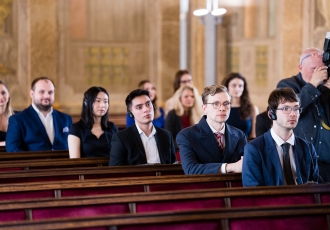 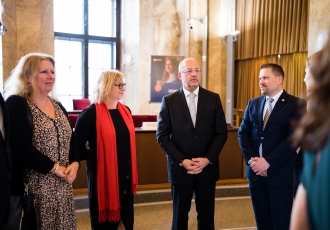 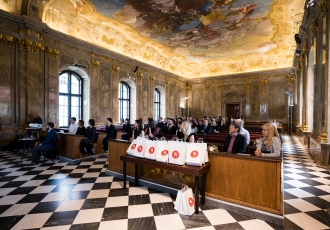