Almost sixty publications, dozens of workshops and internships at partner institutions, in particular, have brought three Twinning (European programme) projects, which have been co-ordinated by CEITEC MU, the research institute, for the last three years. Cooperation with the top European institutions has developed in structural biology, molecular genetics and nano-materials fields.

These projects were the very first Twinning projects to be solved in the Czech Republic. Zlatuše Novotná, the Head of Strategic Partnership CEITEC MU says: “The conditions given by the Twinning projects did not allow for direct funding of research; nevertheless, we can already see their positive impacts. They have contributed to the growth of the number of publications and research activities as well as projects realised by partners”.

For example, thanks to almost CZK 18 mil. support from the BISON project, the structural biologists were able to send 45 researchers to partner universities in Vienna, Grenoble, or Norwich (GB), and three 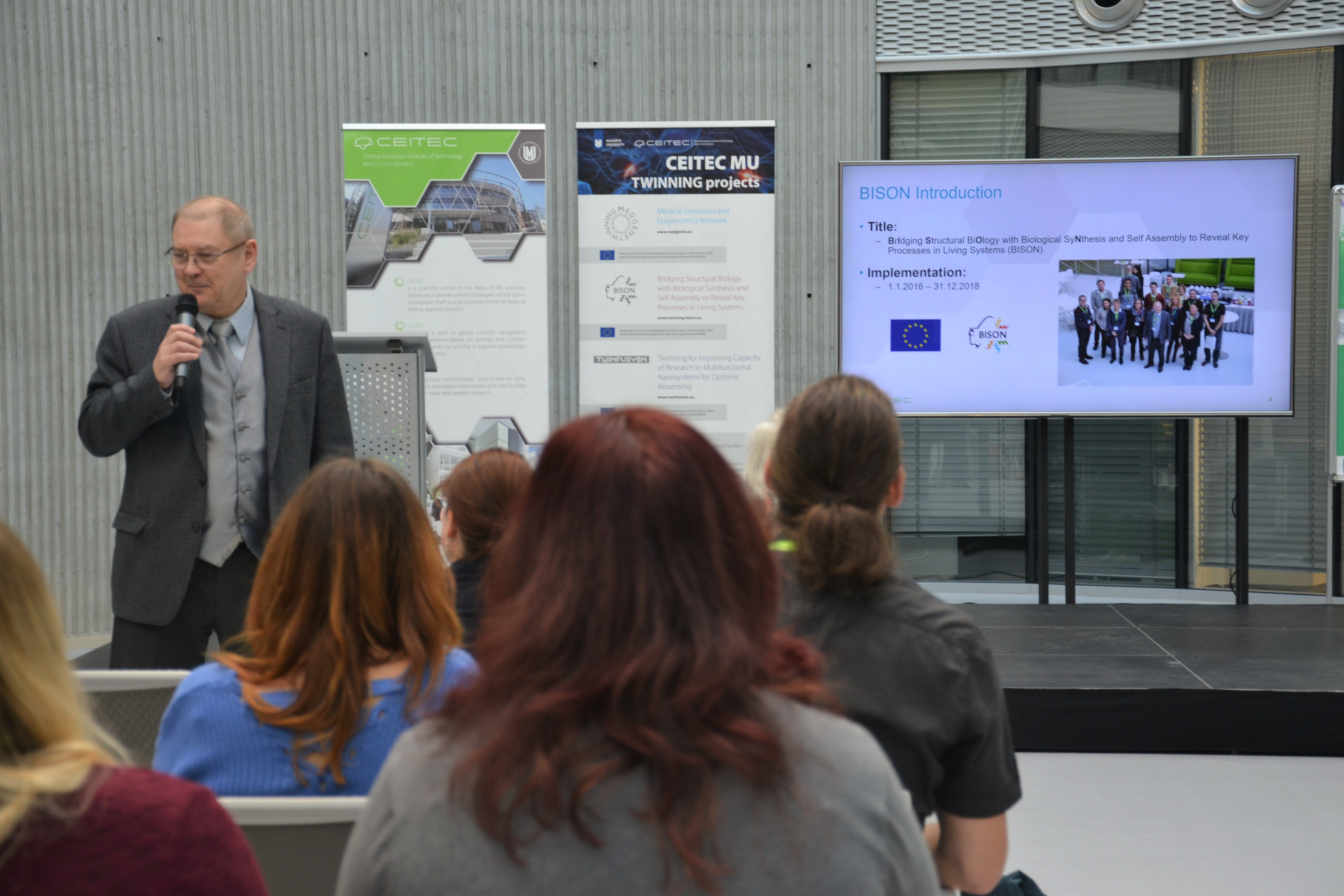 dozens of researches were invited to Brno to give their lectures. The aim was not only to experience day-to-day routine in labs of other institutions. The internships have also brought new research cooperation and broaden the existing relationships. To provide another example, Lukáš Žídek’s group used the project for closer cooperation with Martin Blackledge’s laboratory in Grenoble to study the dynamics of non-structured proteins. That results in a better understanding of their function in e.g. nerve cells. Michaela Wimmerová’s group would like to cooperate with the same institution and to establish a common project focused on the study of specific compounds which could be used as antibacterial substances.

The MEDGENET project focuses on medical genomics, with a grant of over CZK 16 mil. Apart from the internships, it includes also scientific workshops, summer schools, first-rate professional courses and workshops enhancing the skills such as scientific writing or team leading. Also, in this case, the cooperation with the institutions such as EMBL (Germany), Uppsala University (Sweden) or CERTH (Greece) has increased the number of publications, mostly regarding chronical lymphocytic leukaemia diagnostic, and contributed also to patenting of several diagnostic methods and sets with other cancer types. A great success has been achieved in the research project supporting the palliative treatment of cancer patients, which is realised in cooperation with CERTH institute (Greece).

The last project bearing the title TWINFUSYON is devoted to the development of research cooperation in the field of nano-systems for biosensors. Scientists from Brno cooperated with research organisations CNR-NANOTECH in Italy, with CNRS and LNCMI centres in France, and with Johann Kepler University in Linz (Austria).  Apart from the mutual cooperation during the research of various materials features, they have also contributed to the creation of study materials dealing with biosensing.