A number of diseases, from a common cold to encephalitis or poliomyelitis, are caused by enteroviruses. To proliferate, viruses have to deliver their genetic information into cells. David Buchta, in collaboration with his colleagues from Pavel Plevka and Robert Vácha’s research teams at CEITEC Masaryk University, has recently identified a new mechanism for how cells are infected by enteroviruses. 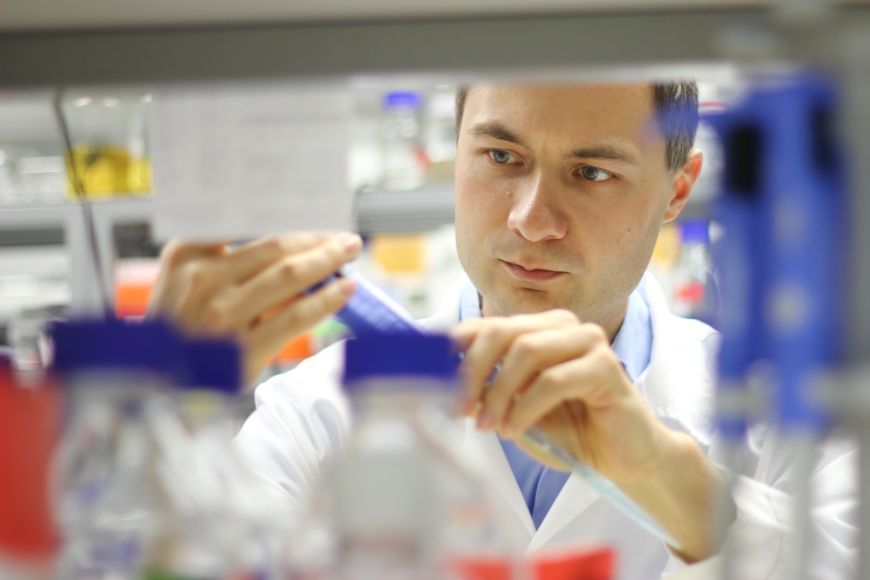 The first structure of enterovirus was described more than forty years ago. A protein envelope – capsid surrounds and protects the enterovirus genome outside the cell. Until now, scientists believed that when the enterovirus entered a cell, a small opening formed in the envelope and the virus’ genetic information was released into a cell. However, structural virologists from Brno observed something else.

Pavel Plevka, the lead author, briefly described their discovery, which was published in Nature Communications magazine: “We have described a new mechanism in which the virus envelope widely opens like a Pac-Man, and its parts are torn-off, which allows for the fast release of the whole genome.”

The scientists from CEITEC worked on this research for about two years and were surprised by the result. “We didn’t aim to contradict the previous theories. We expected to observe the virus genome passing through a small opening in the capsid. Our task was to determine the places where the openings formed.”

However, the results were completely different. By means of cryo-electron microscopy and computer simulations, the scientists have shown that, after entering the cell, enterovirus particles swell at first, and then open widely. During the following rapid release of the virus genome, a part of the virus envelope may be torn off, which provides the explanation for the observation of empty virus capsids with missing parts.

According to Pavel Plevka, the discovered mechanism of the enterovirus genome release may be helpful in the future for finding new antiviral treatments.

The scientists will continue with their research. They intend to move from observing the isolated viruses, to studying virus interactions with cell membranes, and exploring the processes occurring after the virus enters into a cell.