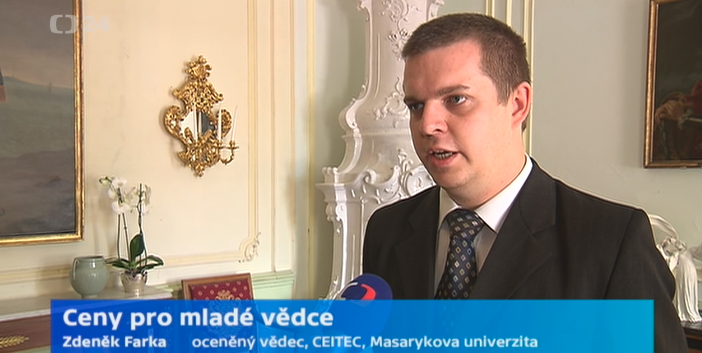 The scientist Zdeněk Farka from the research group of Petr Skládal was awarded the Young Scientist Award at the French Ambassadors. The prize was handed over by the Nobel Prize winner Jean-Marie Lehn. The commission has awarded researchers in six categories to stimulate the work of other young scientific talents.

Reports from the ceremony and laboratory are only in Czech: