Publication dealing with the preparation of nanostructures with a unique geometric structure by the team of Dr. Jan Čechal from CEITEC BUT was recently published by the prestigious journal Nature Communications. Experts from the research group Molecular Nanostructures on Surfaces described how to prepare the complex structures by combining three structurally similar but chemically distinct molecules, which were obtained by the transformation of a molecular precursor on the silver surface. According to Jan Čechal, the resulting nanostructures have fascinating geometric properties; this provides a basis for their prospective applications. 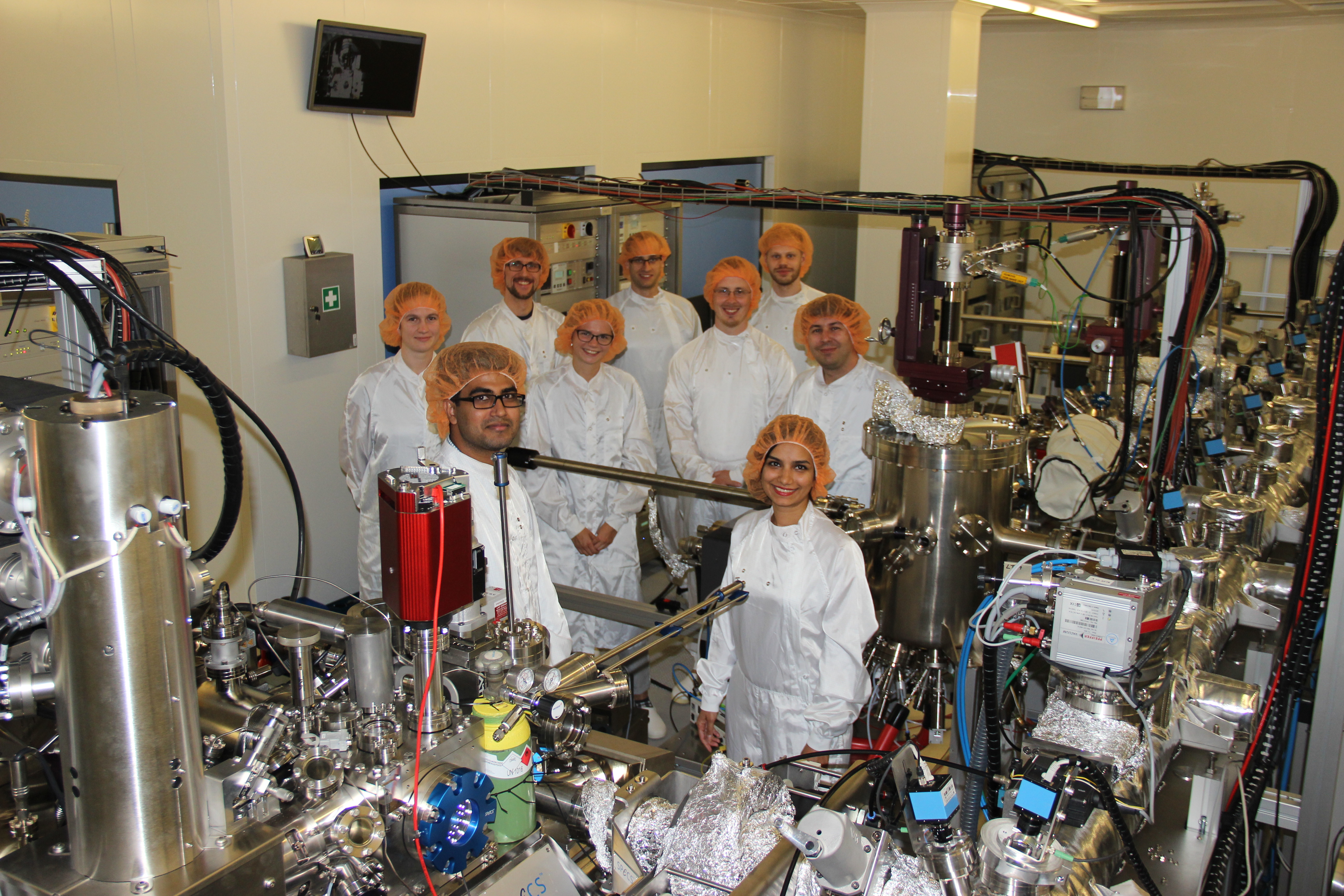 An exciting discovery from the CEITEC BUT laboratories was recently reported in the respected scientific journal of Nature Communications. The work entitled Complex k-uniform tilings by a simple bitopic precursor self-assembled on Ag (001) surface was authored by the team comprising Lukáš Kormoš, Pavel Procházka, Anton O. Makoveev, and Jan Čechal. 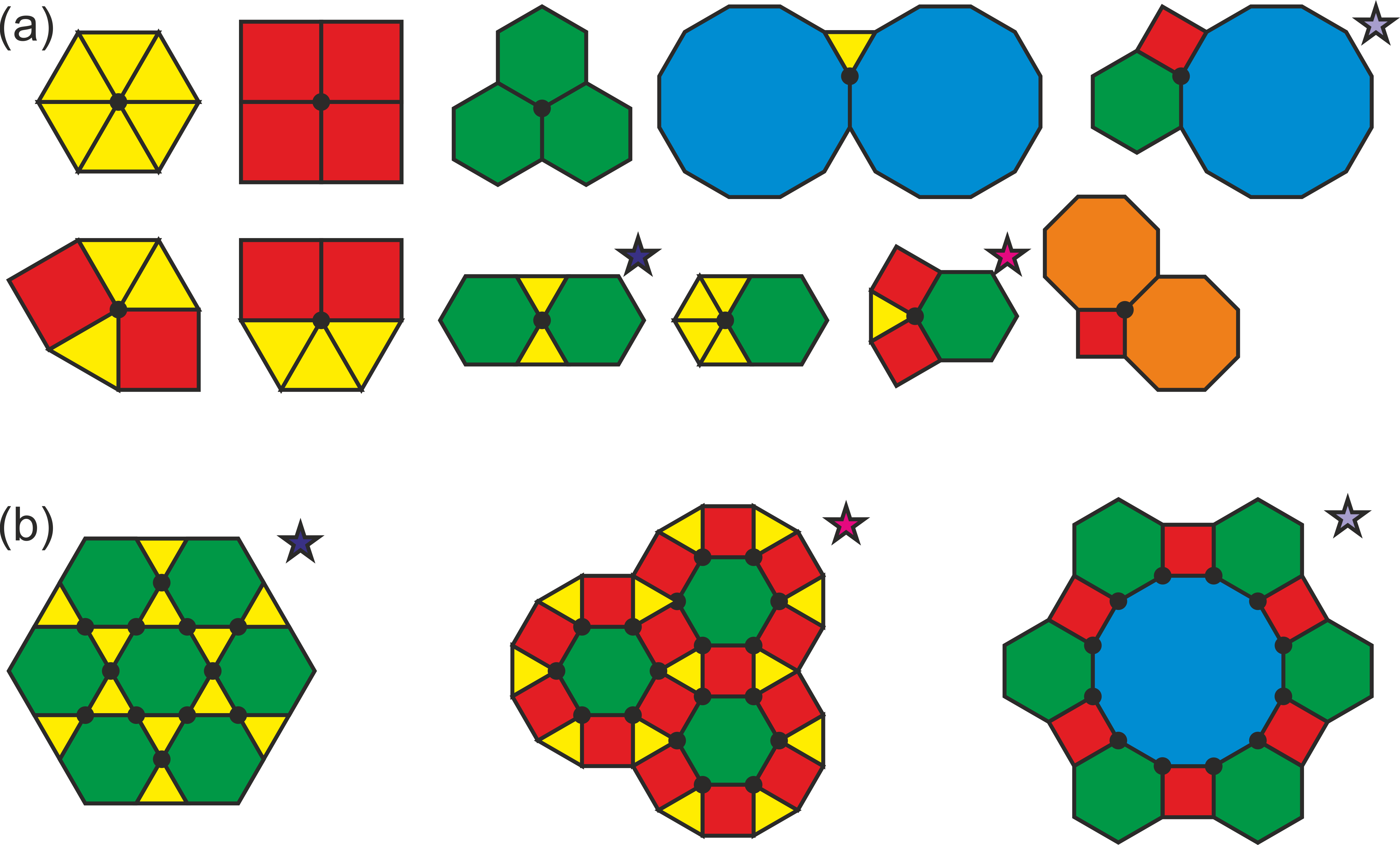 According to Jan Čechal, head of the research group Molecular Nanostructures on Surfaces, the division of the surface using geometric shapes, such as regular polygons, has fascinated humanity since ancient times. “We can find many monuments decorated with mosaics composed of simple geometric shapes. A close example is the unusual paving of the floor of the pilgrimage church of St. Jan Nepomucký on Zelená Hora, which is composed of pentagons and rhombi. The first rigorous mathematical description of the division of the Euclidean plane into regular polygons – tiles – was performed by Johannes Kepler in his famous work Harmonices Mundi, Harmony of the World,” says Čechal.

This set of five books presented a mathematical description of the motion of planets in a heliocentric system, Kepler’s Third Law. “To a surprise of many of his followers, a significant part of Harmonices Mundi was devoted to the tilings. In some transcripts, these parts were shortened or even omitted. Interest in the division of plane was renewed only in the 20th century as described in the excellent book by Grünbaum and Shephard,“ explains Čechal.

According to Čechal, the tilings are not only a mathematical concept. The structure of a material defines its properties. “To create higher-order uniform 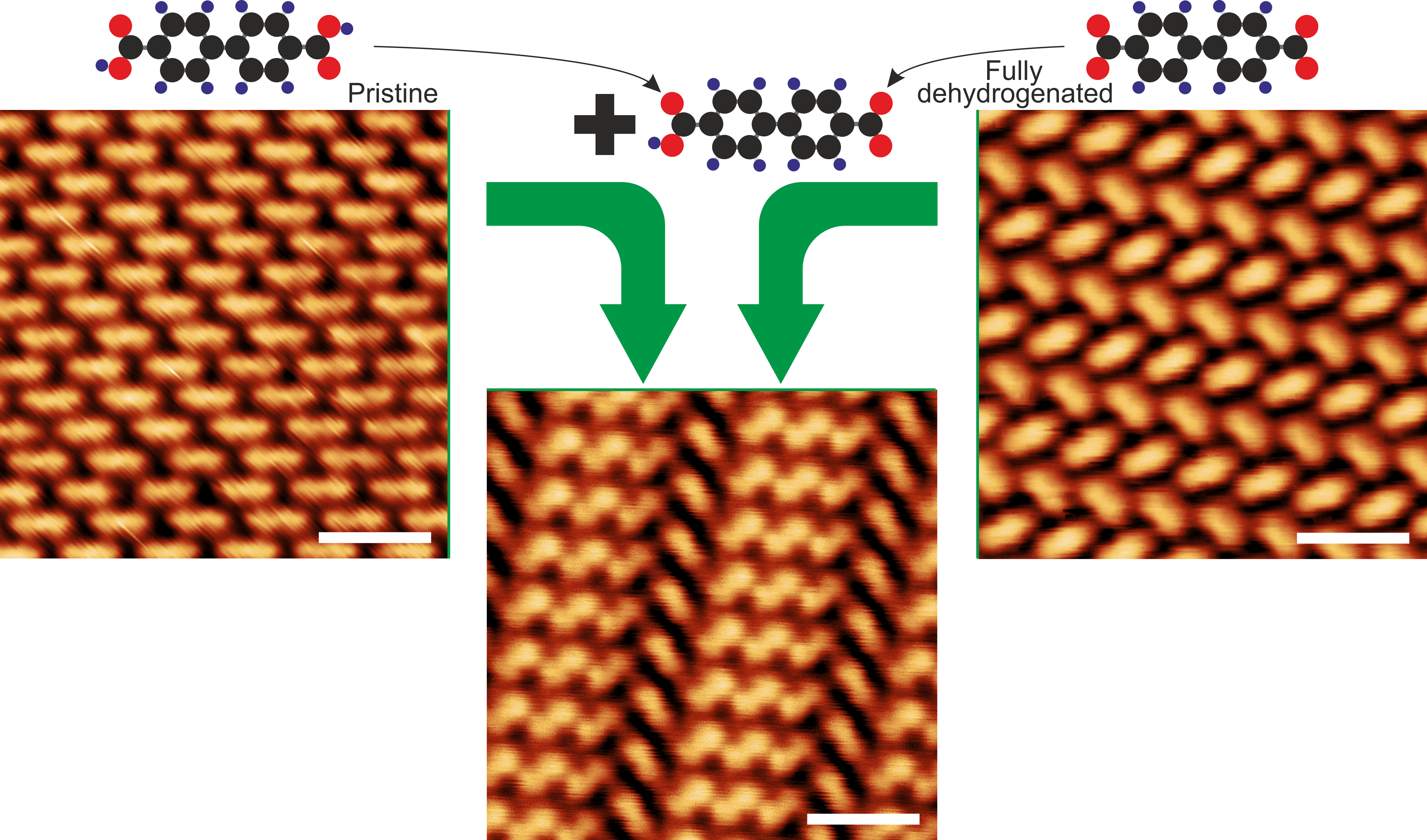 tilings, which we present in our work, we have used self-assembly principles, where the basic building blocks spontaneously form more complex structures. In our case, we used a simple rod-shaped molecular precursor, namely 4,4’-biphenyl dicarboxylic acid (BDA). This molecule carries two carboxyl groups at its opposite ends. These mediate intermolecular bonding and allow the formation of large ordered molecular structures. By a controlled reaction, we can dehydrogenate carboxyl groups, which significantly changes their properties. BDA molecules bearing dehydrogenated groups then form different molecular nanostructures. If we obtain a mixture of molecules that contains both the original and fully transformed and partially transformed molecules, we obtain new molecular structures connecting both binding motifs characteristic of single-molecular phases“describes Jan Čechal.

According to him, their research would not be possible without the use of a complex UHV system installed in CEITEC Nano laboratories. “With the support from the SINNCE, GAČR, CEITEC 2020, and CEITEC Nano + projects, our team was able to develop a way to create intricate supramolecular higher-order uniform tilings. Our results show the way towards the future applications of unusual properties associated with complex geometries,“ concludes Čechal.