Home About Us News A new research group at CEITEC, led by Eric Glowacki, focuses on neurostimulation

CEITEC BUT welcomed a new research group. The team led by Eric Glowacki deals with neurostimulation, which means the use of electronic devices in the stimulation of the nervous system. They previously operated under the Swedish University of Linköping. However, impressed by the equipment and new possibilities at CEITEC, the researchers decided to move. Here they will work on their largest existing project, supported by an ERC grant, which deals with wireless stimulation of the vagus nerve. 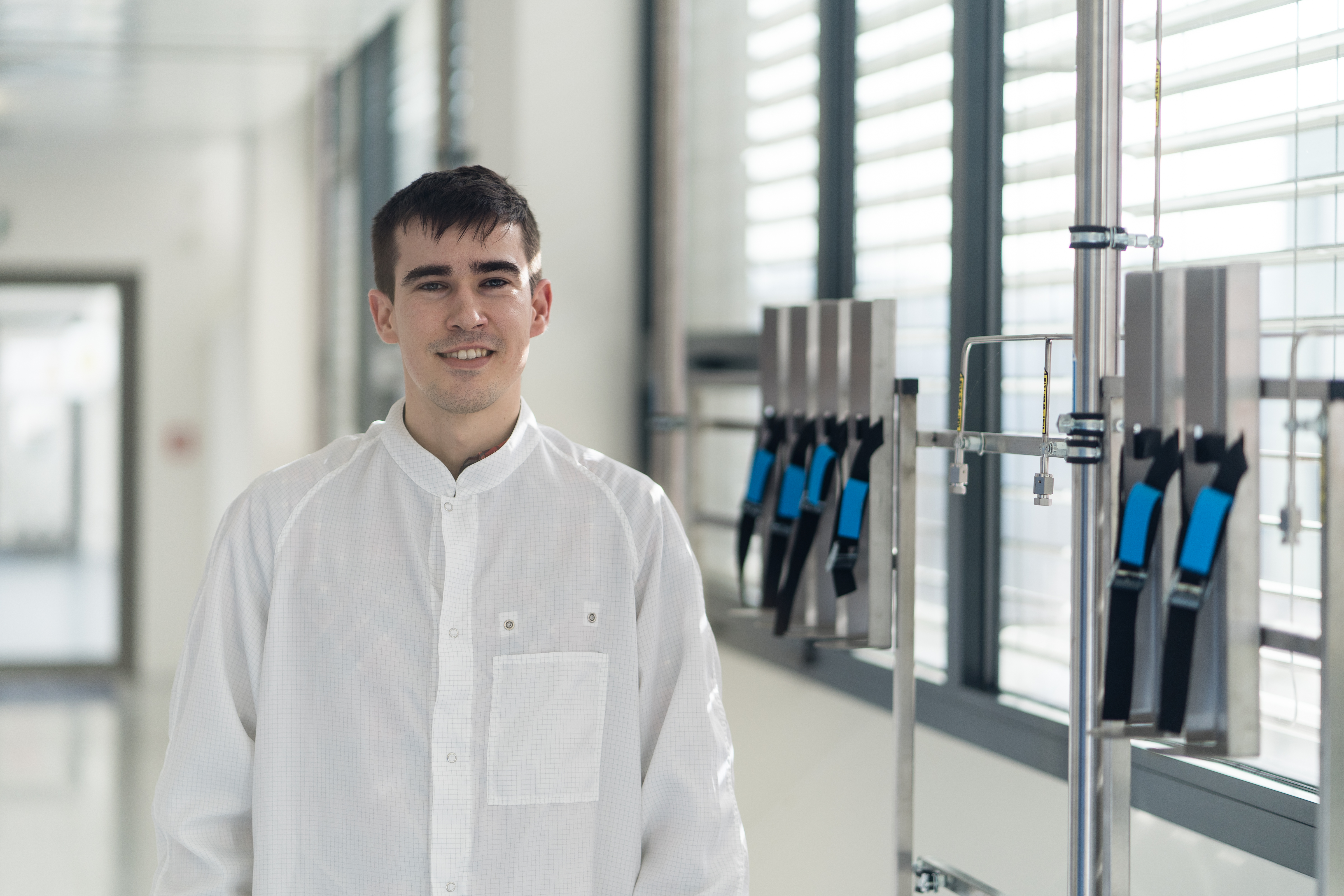 According to Eric Glowacki, the focus of his group can be summarized as biotronic interface. That is, the interface between biology and electronic devices. "We mostly deal with neurostimulation, i.e., the development of devices capable of stimulating the nervous system," adds Glowacki. In addition to the brain, they are also interested in peripheral nerves, specifically the vagus or sciatic nerve. "Most people in the group are physicists or people with a technical background. However, our focus is on biomedicine and applications in neuroscience. This means that even when we deal with electronics and component production, in the end they always have some application in biology,” explains Eric Glowacki.

It is perhaps no surprise that even the largest project that the research group brings to CEITEC is focused on the vagus nerve and its stimulation in the least invasive way. An article about a new method of nerve stimulation developed by this research group should also be published in the upcoming weeks. "It is based on photovoltaic components that are implantable. Specifically, it is a neurostimulator that is light-emitting. So we can shine through the tissue and power the part,” describes Glowacki. According to him, most people think that the skin is not transparent. "But that's not true, because there are certain wavelengths that are able to safely penetrate quite deep into the body through the tissue. Our component is a centimeter or a centimeter and a half under the skin, but we can shine on it with ordinary LED light," explains Glowacki.

The functionality of the wireless implant, which can be powered from the outside, was demonstrated by the group during more than three months of experimentation. "We tested the functionality on rats and the experiment lasted a hundred days. We consider this a significant achievement because we have proven that such technology can work for longer, not just one or two days,” says Eric Glowacki, adding that they would like to continue the project in the future and verify the functionality of the device on other animals and nerves. "Especially on the vagus nerve, which is the focus of our entire large European project," confirms Glowacki. Specifying how it could work in the future, he adds, "The idea is that the patient would have an implant under the skin on their neck. They would then shine a laser pointer on it for a few minutes each day to power it. It's a much more minimalist solution than is currently used in practice."

When asked why he decided to relocate from Sweden to the Czech Republic the Polish scientist answers without hesitation. "It is mainly due to the space and possibilities we have at CEITEC BUT. Specifically, CEITEC Nano is absolutely extraordinary. We have everything we need here, and at a much higher level than we have been used to so far. We don't have to prepare anything. We were able to come and basically start working immediately," says Glowacki.

In addition, they also like CEITEC's location and opportunities for cooperation. "There are many universities, and research institutes in Brno. In addition, many people do interesting things here in neuroscience. In Sweden, we worked a bit alone in the woods. We constantly had to travel because of meetings and measurements. Here we will have everything within reach," he adds.

Although the group has not yet established cooperation in the Czech Republic, Eric Glowacki hopes that this will change soon. "Of course, it's a little harder at the moment because of the pandemic. But I hope that we will succeed in a short time, and I am already looking forward to it. We also managed to recruit several very capable local people into the group, and I consider that to be great luck," concludes Glowacki.