Home About Us News Brno as a Centre for Robotics Development? CEITEC Is Expanding Its Research Focus

So far, researchers at the CEITEC centre in Brno have focused mainly on research in the field of life sciences, advanced materials and nanotechnologies. However, the management of the science centre has decided that a new focus on the development of controls, sensors, robotic systems and artificial intelligence will be added to these areas. This decision is supported by the fact that researchers at CEITEC BUT managed to obtain the RICAIP project. Thanks to this, a testbed of Industry 4.0 is being created in one of the halls at Technology Park for approximately CZK 450 million. 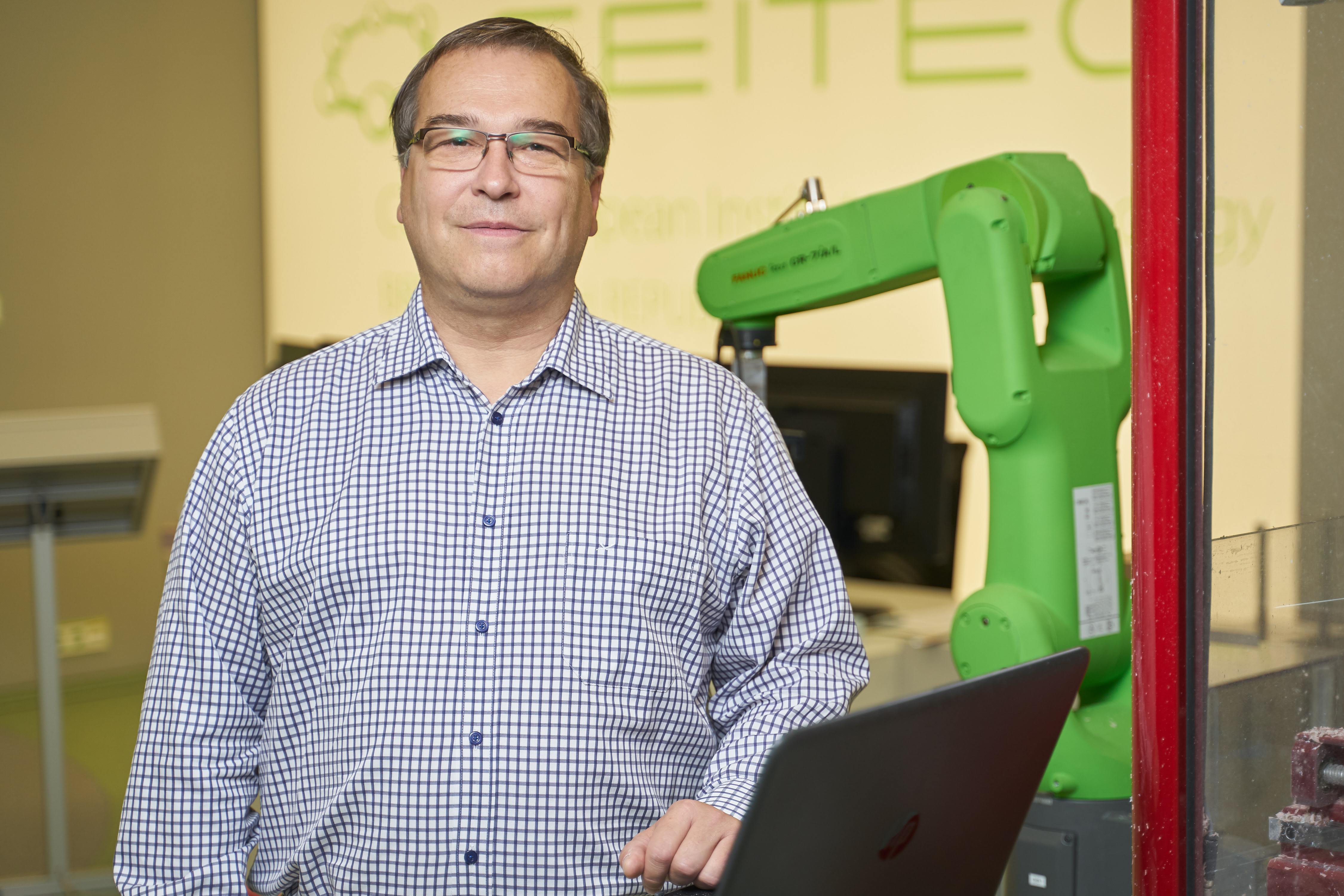 "A major impetus for expanding the research focus was also the acquisition of the international RICAIP project in the prestigious European program TEAMING. Thanks to the support of CZK 450 million, a research and innovation centre will be opened at the CEITEC BUT institute this year. The aim is to develop technologies using artificial intelligence and robotics for fully automated production, which can be commissioned and used by anyone in the world," says Radimír Vrba, director of CEITEC BUT. The RICAIP project is a collaboration between the Prague CIIRC CTU, the Brno CEITEC BUT, as well as the ZeMa and DFKI institutes in Germany.

Research and development in the field of cybernetics and robotics is not new at CEITEC BUT. Pavel Václavek's research group has been operating here since the beginning of the centre’s operation. Its members have been working on topics related to the development of highly automated and intelligent systems within the institute for almost ten years. During that time, they have had successes in areas such as electric and autonomous cars, manufacturing technologies for Industry 4.0 and intelligent robotics. In the past, researchers introduced their rescue robots, they collaborated on the development of an affordable electric car and its control system. Thanks to its activities, the research group has also established partnerships with many foreign and domestic companies or institutions.

The management of CEITEC BUT promises that the new research program entitled "Industrial Cybernetics, Instrumentation and System Integration" will not only build on the previous successes of the centre in this area, but will also follow the current trend of applying the results of excellent research in the application sphere.

"Digitization, automation and the use of artificial intelligence elements are the centre of attention in a number of areas, be it manufacturing or automatic transport. These technologies will allow routine work to be left to machines and allow people to engage in more creative activities. Our goal is to combine the knowledge of scientists and researchers with the competencies of leading Czech and global companies to speed up the implementation of these technologies," explains Pavel Václavek, coordinator of the new research program.