Scientists in Brno are developing miniature robots – no bigger than a virus and so invisible to the naked eye – capable of performing surgery. Due to their size, the so-called nanorobots can reach all but inaccessible places in the human body. 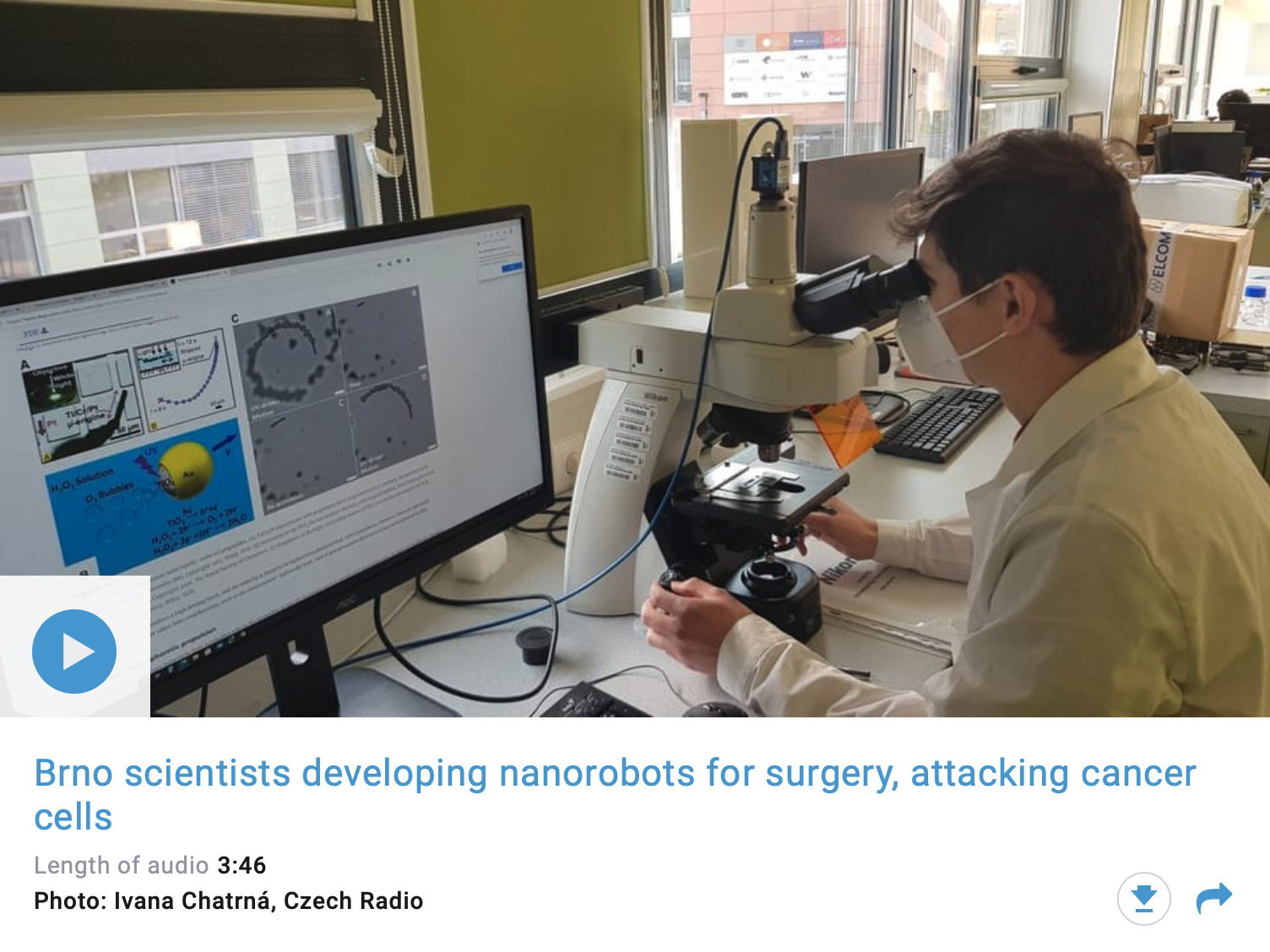 Scientists in Brno are developing miniature robots – no bigger than a virus and so invisible to the naked eye – capable of performing surgery. Due to their size, the so-called nanorobots can reach all but inaccessible places in the human body. “Nano” is a Greek prefix meaning “one-billionth”, and nanotechnology refers to devices that are a few billionths of a metre in size. The Central European Institute of Technology, or CEITEC, is where life sciences and nanotechnologies meet.

CEITEC was founded by a group of Brno-based universities and national research institutes specializing in everything from physics to veterinary medicine. Among the ongoing projects there is one developing nanorobots capable of facilitating eye surgery and other delicate operations, attacking cancer cells or for deep-cleaning of dental canals.

Martin Pumera heads the research team developing such nanorobots, some of which resemble microscopic tubes, others spheres. They are developed mainly through a series of chemical reactions, over a number of hours. Their form depends on their intended function, he says, but typically have 5 to 10 layers, and range in size from 20 to 50 nanometres (no bigger than a virus).

“You get a simple shape to which you can tie individual layers, like Lego blocks. In this case, we have five components that I can press on to each other… A robot must have some kind of power source, like a battery. Nanorobots get that energy from their surroundings. They can take in sugars, hydrogen peroxide used by dentists and transform it, like organisms into motion.” If you want a nanorobot to move, scientists might mix in titanium oxide, which is otherwise used for bleaching. If they want them to move according to the magnetic field, include iron oxide – actually nanoparticles of rust, Martin Pumera says.

“With a precisely defined magnetic field that actually rotates the robot, you can define a purely micrometer process. In fact, it works like a micro scalpel.” But in developing nanorobots for use on human beings, the scientists at CEITEC must ensure that the devices are not toxic upon insertion or as they gradually decompose. For example, if the aim is to find cancer cells, they will chemically program the microscopic artificial organisms to have receptors that stick to cancer cells and release specific chemicals when they do. Currently, the scientists use a variety of human tissue samples but also small rodents. “We have robots that will dissolve. We make them, for example, from polymers, or we can make them from a material that breaks down into small chemicals, which are actually part of the bloodstream… The move to patient testing is not far off.”

According to Martin Pumera of CEITEC, nanorobots could be in widespread use in healthcare within 5 to 10 years. They could be used sooner in other sectors – for example in wastewater treatment, to decontaminate soil, or to protect plants against pests, without the need for pesticides