Home About Us News Can Stress Be Inherited? Follow-Up Research on Second and Third Generations of Holocaust Survivors Published

An international team of scientists, led by Czech neuroscientist, Professor Ivan Rektor from CEITEC Masaryk University, recently confirmed that the elevated mitochondrial DNA copy number is not inherited by the second and the third generations of Holocaust survivors. Professor Rektor, who is internationally recognised for his brain research on Holocaust survivors, in collaboration with his colleagues from the Cambridge-based Sanger Institute, studied Holocaust survivors and two generations of their offspring and compared them with age matched controls without extreme stress in their personal or family history. Their findings were recently published in the scientific journal, Frontiers in Genetics. 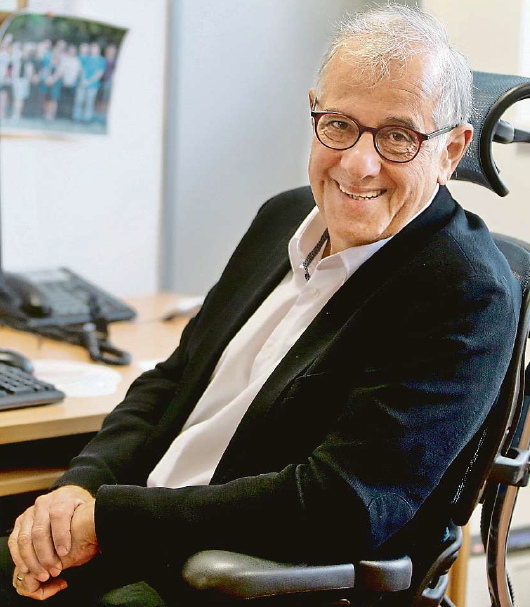 Scientists previously proved that the elevated mitochondrial DNA copy number is connected with severe and chronic stress, occurring in Major Depressive Disorder (MDD) and post-traumatic stress disorder (PTSD), which affects multiple tissues of the brain. Therefore, alterations to mitochondrial function are being increasingly investigated as a key mechanism related to underlying stress-related conditions. The recent publication in Frontiers in Genetics concerns the genetic part of the study that aims to illuminate whether the experience of extreme stress is transferred to the offspring by a genetic or socio-psychologic path.

Professor Rektor´s Holocaust survivor study is unique, mainly due to the combination of psychological testing, brain MRIs (magnetic resonance imaging), and genetics. The group of Holocaust survivors in his study was characterised by a particular pattern that combined psychological and brain structure consequences of extreme stress with a resilience that led to a normal life after the war. The impact of the stress was more pronounced in people who experienced the trauma as children, rather than those who were older.

“Our study is unique in reporting the lifelong neurobiological and psychological impact of extreme life-threating stress. In combining the impact of surviving the Holocaust on brain structures as visualised by structural MRI and on psychological markers of stress and resilience more than 70 years after the event, we were able to show that extreme stress in childhood and young adulthood has a complex lifelong effect,” commented Professor Rektor, about his multi-year research that led to several publications.

His research was noticed by many international media channels. Professor Rektor conducted several interviews for national and international broadcasters, including the BBC and i24 News. Additionally, his research has been mentioned in over 50 online and print media all over the world, including The Times, the Jerusalem Post, and Daily Mail.

It is crucial to understand the lifelong consequences of the Holocaust on its survivors because this knowledge may help us to understand the challenges for survivors of more recent wars and catastrophic events, such as the recent coronavirus pandemic. Further research concerning the victims of more recent conflicts and tragedies could lead to identifying people with an increased risk and may lead to focused therapy (or prevention, in later generations of offspring), as well as to measures supporting victims’ resilience and growth.

Data for this study were initially acquired through multidisciplinary research that was focused on Holocaust survivors. It was followed-up with an ongoing study on two generations of their offspring: their children and grandchildren. “We decided to close the first part of the study that was focused on first-generation Holocaust survivors, as it appeared evident that more recruitment in this group would no longer be probable at our centre. Given the ages of the survivors in 2020, this was probably the last chance for such a study,” explained professor Rektor.

The study was performed at the CEITEC Masaryk University Neuroscience Centre in Brno by professor Ivan Rektor and members of his research group. Magnetic resonance imaging data were acquired at the MAFIL Core Facility at CEITEC MU. Genetic data was acquired in cooperation with Jiri Fajkus and Mila Fojtova from CEITEC MU, and researchers from the Welcome Trust Sanger Institute based in Cambridge, UK.

The study of the second and third generations is still going on, and the researchers are keeping the DNA samples for an epigenetic study in the future. Despite the fact that the mitochondrial DNA copy number was not shown to be elevated in the second and third generations of Holocaust survivors, this does not mean that the negative impact of severe stress cannot be inherited. Stress symptoms are more frequent in the offspring of Holocaust survivors than in control subjects. The exact mechanism of the intergenerational transmission of trauma is not yet understood. It is possible that the transmission is based on social mechanisms, but it can be also mediated by genetic or epigenetic changes. Hopefully, we will know more soon!

This research was supported by a grant from the Ministry of Health of the Czech Republic: Grant No. AZV NV18-7 04-00559.