To study the influence of acid and base catalyzed sol-gel synthesis over the biphasic TiO2 anatase-brookite xerogels formation is the primary goal of Lizeth Katherine Tinoco Navarro. She hopes to apply the knowledge of catalysis in the photodegradation of water pollutants and production of hydrogen. The CEITEC BUT Ph.D. Student of Advanced Materials and Nanoscience Programme and scientist from the Advanced Ceramic Materials Research Group also succeeded with her project in BUT Specific Research 2020 Call. 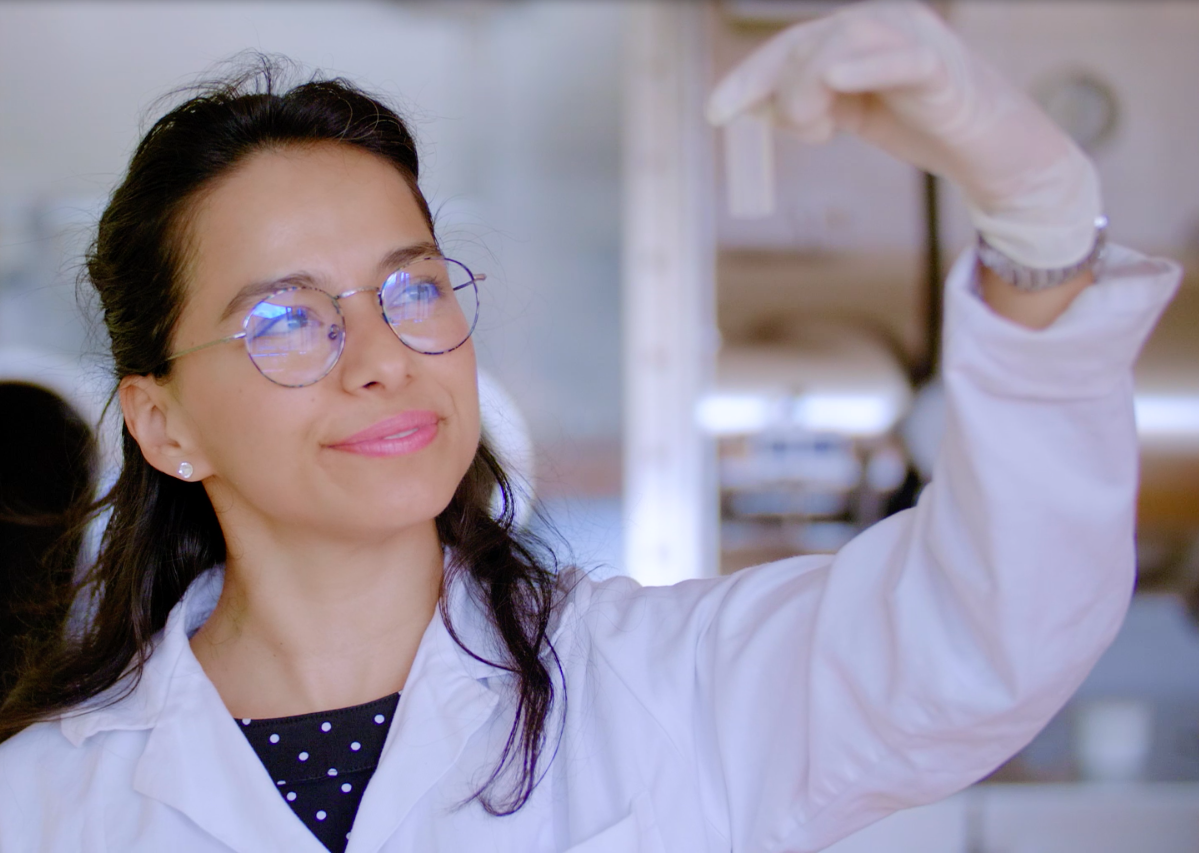 Colombian student Katherine Tinoco joined CEITEC BUT to focus on photocatalysis for environmental applications. Her main interest has always been bioenergy production and biomass. “My first research was in biochemistry. I studied anaerobic fermentation for the production of hydrogen. Then I moved to Brazil and focused on the usage of local nuts as a potential source of energy. Before coming to the Czech Republic, I was back in Colombia studying the influence of the main industries on our major national river Magdalena, finding ways how to restore the quality of water in this river," describes Katherine Tinoco.

When moving to the Czech Republic to be closer to her family that already lived there, the young scientist was looking for an area close to her heart. She found it at CEITEC BUT in biphasic photocatalysis as it has some interesting environmental applications. “One of them is photodegradation of the AO7 (Acid-Orange) organic water pollutant and the second is the splitting of water for hydrogen production. We try to enhance the efficiency of the photo-redox reactions occurring over the active sites of the photocatalyst. By studying the effects of using donor groups in the course of the hydrolysis and condensation synthesis of Ti alkoxides  over the formation of biphasic nanostructure and boundaries, we can achieve increments of the photoactivity,” describes Tinoco.

As part of her Ph.D. and as the main focus of the specific research she explores the effects of donor groups of organic acids as a chelating agents during the synthesis of TiO2 xerogels and over hydrogen production. "I started working with MCAA-Monocloroacetic acid last year,  and after consulting my supervisor professor Jaroslav Cihlář we decide to also include the simplest amino acid  glycine. Glycine seems really interesting because it contains an amino group which is important as a chelating agent  influencing the crystal orientation of the catalyst and  for attaching other organic components.  This proteinogenic amino acid is presented naturally in mammals and other animals. In the future it could be used for instance for attaching residual biomass or cellulose during the processing of xerogels," explains Tinoco.

Besides glycine her experiment will also include lactic acid, monochloroacetic acid and dichloroacetic acid. "It is still a question how thebiphasic system of TiO2 aerogels and xerogels are formed in the acidic conditions,” ,” says Katherine Tinoco, adding that “preliminary results show the effects of carboxylic acids as a source of different chelating forming substances. It is demonstrated that the presence of lactic acid drifts to the highest brookite crystal phase composition in TiO2 in comparison with the other sol-gel complex synthesis."

Apart from her own research as a member of the Advanced Ceramic Materials Research Group Katherine Tinoco also studied the biphasic system on electro-photocatalytic cells immobilized in a reactive organosilicon binderas part of the project of Professor Michal Veselý from the Faculty of Chemistry. “We work  with titanium dioxide because it is very cheap, low in energy consumption, has non-toxic nature  and a biphasic system provides good photocatalytic properties such as big surface area and porosity which benefits photoabsortion and activity during disposal of organic pollutants. Therefore, it can be used for photocells,” says Katherine Tinoco, outlining some of the future prospects.