An action-oriented, focused, energetic, enthusiastic and perhaps thanks to that very successful scientist from CEITEC BUT attracts the interest of students and other scientists. Eric Glowacki has adapted to the necessary conditions to be a successful teacher and scientist in the Czech Republic. Adaptation is one of his skills. He can turn even a seemingly negative outcome to his advantage. He can even develop innovations in a way that can be used in medicine without a lengthy process – he uses things that have already been approved, just in a way that no one else has thought of yet. If you haven't heard of the holder of one of the most prestigious ERC grants, it's time to take him into consideration. Because we're a million percent going to hear from Eric.

He has done what was thought to be impossible

In one of his most recent studies, published in the Journal of Neural Engineering, Eric Glowacki and his team focused on oxygen reduction around neurostimulation electrodes. "Neurostimulators work on the principle of direct contact between the electric current and the tissue, which obviously provides a lot of possibilities, but also raises a lot of unanswered questions like, what is happening at this interface? And we are generally investigating safety, whether there can be adverse reactions that have unexpected consequences. That's what other scientists are finding, and where our success lies is that we've focused on the oxygen reduction phenomenon, which no one else has done before us," Glowacki explains.

Oxygen is found everywhere in the body, it is the basis of life. Eric and his team hypothesized that there might be a transfer of electrons from the implanted electrode to oxygen (= reduction). It took him about two years at CEITEC to build a device that could measure these reactions. The whole idea started, he says, with his obsession with hydrogen peroxide. "I had been researching how hydrogen peroxide is formed for a number of years, and for a long time it didn't occur to me that it had to consume oxygen. It wasn't until later, while working in Sweden, that a colleague and I were talking and that was the first time it occurred to us that oxygen might be disappearing. I came to Brno and started working on the apparatus, and with that article we were actually attacking a dogma, a sacrament. We were actually heretics. Neurostimulators use a two-phase current, which has an equilibrium charge, so the body cannot become charged. The charge we put into the body just gets taken out again. But the fact that the current is the same, symmetrical, doesn't mean that the changes in the electrode are symmetrical. That was actually assumed – that was the dogma. The first electrical impulse to the body is always negative, reducing oxygen. And we have found that the positive impulse that follows immediately after the negative one does not return the oxygen there, as was thought," the scientist explains.

The product of oxygen reduction is either water or the aforementioned hydrogen peroxide. The lack of oxygenated tissue is scientifically called hypoxia. In his research, he and his team have clearly demonstrated that a hypoxic environment is created in common neurostimulation procedures, which until then was thought to be impossible. No one, he says, had anticipated that it could be so serious. "You can imagine that we just have a stroke in the area of that electrode. So in follow-up research we want to look at what exactly is happening to that tissue, whether it is actually damaged and to what extent. And whether it can be prevented. We will now investigate everything in rodents," explains Glowacki, detailing the next steps of the research.

The hunt for material

The key, he says, may be the material of the electrodes. A suitable electrode should be one that does not lose electrons, i.e., a capacitive electrode, which accumulates charge without losing it. "Unfortunately, so far the materials that are used most in routine clinical practice are proving to be problematic. These are platinum or platinum-iridium alloys. On the other hand, titanium alloys or titanium-based ceramic materials are doing the best so far," he reveals.

As a result of this publication, he has been approached by doctors and other scientists who have commissioned him to research their neurostimulators. "It's really an achievement that our findings have such an impact and that doctors are really interested. For example, we have now studied the material of a neurostimulator that is inserted under the retina, and blind people are able to partially see, to read newspapers because of it. Fortunately, this material held up, although it was difficult to get hold of in order to examine it . It is a very expensive affair. Our research has concentrated on commonly available materials. And since we already have a lot of data from various measurements, we have also devised a computational model where scientists plug in the necessary data and easily calculate whether the electrode material is potentially problematic or not."

Of the side effects, less drastic treatment in the end

In addition to hypoxia, the aforementioned hydrogen peroxide, which is commonly used as a disinfectant, can threaten human tissue around the electrode. The problem arises when it comes into contact with the nervous system – hydrogen peroxide can damage neurons. This is where we see Eric's ability to adapt to any negative research results and turn them to his advantage. "We have two ideas that we are exploring very intensively. The first one is also liked by neurosurgeons in Brno. If we are able to use hydrogen peroxide to target areas in the brain that are affected by epilepsy, that's a quite acceptable option, because the peroxide could destroy neurons without damaging blood vessels and arteries. So far, the way it's been done is by inserting electrodes into the brain and passing a very high current that actually "blasts" the whole area. Very often a stroke occurs in that area, which is of course undesirable," explains Eric.

The research is now at the stage of animal experiments, which they are just beginning. Treating patients will take some time. But according to Eric, it shouldn't take that long. Even if it is a new treatment, it only uses established technology that has already gone through the approval process. "Every step is basically the same, except we use a lower current. It will be far more challenging to understand how it all works in vivo," explains Glowacki. He'd like to use hydrogen peroxide to treat chronic pain, too, but that's a brand new theory he's still testing.

In the Czech Republic, vagus nerve stimulation in the neck is the most common treatment. This technology is based on a conventional pacemaker that is implanted in the body to the collarbone and whose electrodes are led not to the heart muscle but to the neck, where they are wrapped around the nerve. It is used, for example, to treat epilepsy or to interrupt a seizure.

"The current practice is very surgically demanding, and that puts a lot of patients off. Our aim is to approach the use of neurostimulators a little differently. We are looking at making mini or micro neurostimulators that will minimise surgical intervention. They will be implantable in the body, for example, by injection or just a small procedure, and they will be able to be charged through red light through the skin. This is our flagship research, for which we have been awarded an ERC grant," concludes the successful scientist. So, from the known and already approved pacemaker technology, he is trying to come up with a more acceptable variant through various changes. This, he says, is the best chance to apply the idea relatively quickly.

The working conditions at CEITEC BUT in Brno are ideal. He stands by this so much that he has convinced and attracted dozens of new students and other science figures in the field to come and work with him in Brno. The last one travels all the way from America. 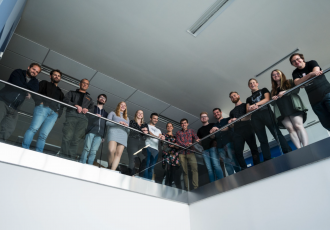 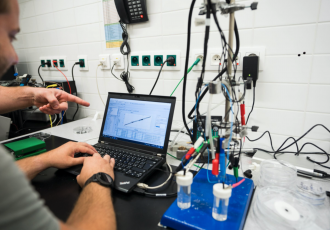 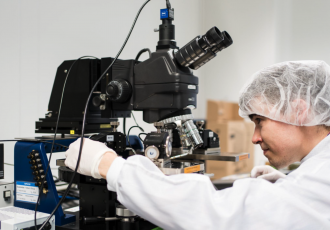 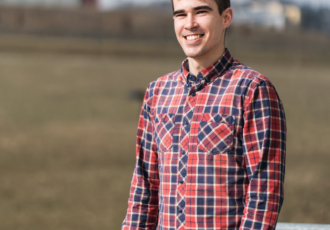